Jewish Students At Barnard Were Key To Passing BDS Referendum 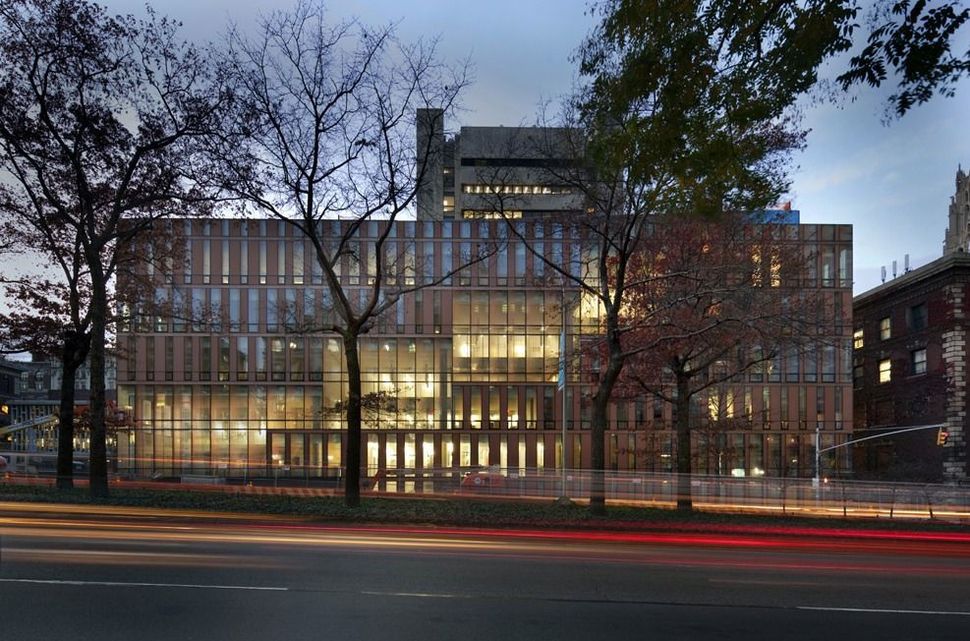 It is almost a rite of passage to stumble across your first protest around Israel and Palestine at Columbia University and Barnard College. I remember mine, six years ago, like it was yesterday. A group of students with Palestinian flags and signs stood on one side of College Walk, with a larger group of Jewish students standing across from them holding Israeli and American flags. I stood in the middle and quite literally tried to figure out which side I belonged on. The side holding Israeli flags was made up of people who looked like me. The side holding Palestinian flags was made up of people holding signs that reflected my values. But last week’s student vote to divest in support of Palestinian human rights is proof that that division no longer exists.

I was never more proud to be an alumna of Barnard College than on April 18th, when the student body voted overwhelmingly to ask that the Barnard College Board of Trustees divest from eight companies that profit from Israel’s occupation of Palestine and subjugation of the Palestinian people. The success of the divestment vote underscores a reality about campus movements for Palestinian human rights which some of the alumnae outcry and sensational media coverage have ignored — justice for Palestinians depends on the actions of Jewish Americans, and particularly, Jewish college students.

I got to campus as a first year student in 2012, when bringing a divestment referendum to vote was completely out of the realm of possibility. The Columbia University chapter of Students for Justice in Palestine (SJP) had been founded by a small group of Palestinian students in 2010, and they were still in the early stages of gaining momentum and building solidarity among other activist groups.

When Israel began Operation Pillar of Defense, a weeklong airstrike offensive in the Gaza Strip that killed dozens of Palestinian civilians (around the time that I stood between two groups on College Walk), I quickly became aware of SJP and its impressive organizing work. For the first time, I met Palestinians and was exposed to their history, which had been excluded from the Hebrew school curriculum about Israel that I was taught as a child. I discovered Jewish Voice for Peace not long after, and I worked with friends and fellow activists to create an official campus chapter because I was frustrated with the false binary of Jewish Zionists versus non-Jewish supporters of Palestinian rights.

Palestinian students have long led the divestment movement on campus. Their commitment to sharing their stories and culture, thereby opening themselves up to threats and abuse, have enabled their movement to gain traction and attract support. But the truth is that many of these campaigns face a significant final hurdle for success: gaining the support and approval of Jewish students on campus. Israel lobby groups have successfully brainwashed many young Jews into supporting Israel uncritically. In the same vein, they have fomented a pernicious cultural fear that criticizing Israel and supporting Palestinians in any capacity is anti-Semitic. This might explain Barnard College President Sian Beilock’s myopic and dismissive response to the divestment vote. She seems to be firmly in the grip of Zionist alumnae of Barnard who subscribe to the belief that peacefully working toward a free Palestine is a threat to their own identity as Jews.

It has been suggested by many in the media, including the Forward, that Jewish students at Barnard feel threatened by BDS and fearful now that it has passed. However, many Jewish students have found a home in Columbia University Apartheid Divest and many Jewish student activists have learned, through intersectional organizing and coalition building, that Palestinian human rights cannot be ignored if one claims to care about social justice. It is incredibly powerful to see Jewish students at Columbia and Barnard, through Jewish Voice for Peace and Students for Justice in Palestine, practicing true solidarity and carrying forward the call for justice that Palestinians began.

Representation matters. It is vital that Jewish students on campus have models of other Jewish students who loudly and articulately support divestment. Young Jews must know that supporting Palestinians in no way undermines their Jewish history and culture. As Jews we know too well about the violence of displacement, exile and persecution. There is a moral imperative to stand with Palestinians who have experienced much of what we as a people have endured throughout history.

Palestinian voices are not valued on campus or in mainstream American media. That is a result of racism, and normalization of American support for Israel’s rewriting of the story of Palestinian history, from the Nakba to today. By creating a place for Jewish students within the movement for Palestinian rights, we have been able to reclaim and normalize non- and anti-zionism within the Jewish community. We refute Hillel’s false monolith of Jewish political identity. So many Jews at Barnard who have concerns and questions about Israel and Palestine needed an entry point into the world of pro-Palestine advocacy, which Jewish Voice for Peace and Columbia University Apartheid Divest provide.

Eva Kalikoff is a graduate of Barnard College, Class of 2016.

Jewish Students At Barnard Were Key To Passing BDS Referendum