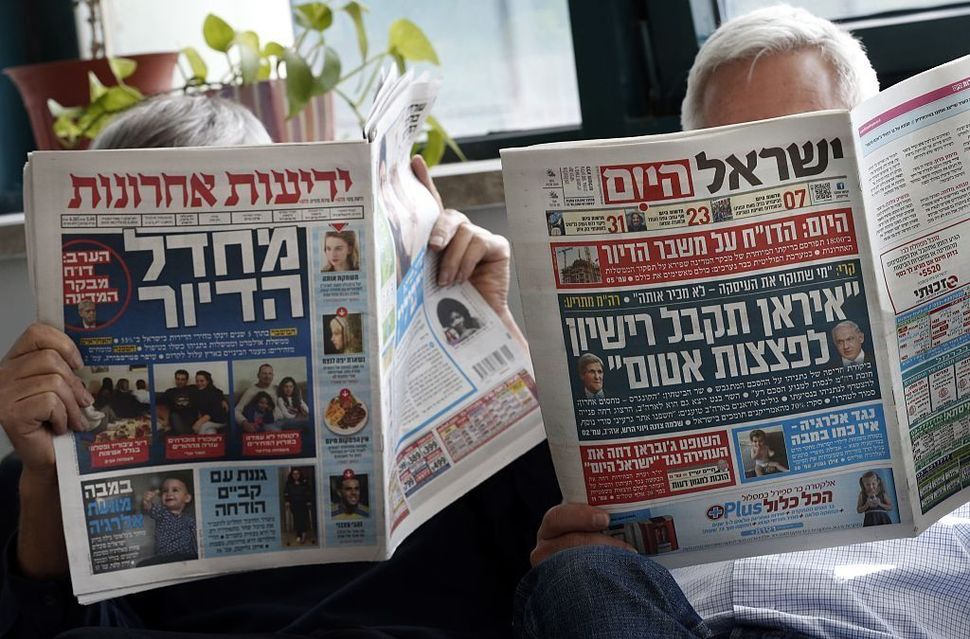 American Jewry’s relationship with Israel is characterized by a critical paradox: Most American Jews oppose Netanyahu’s policy of de-facto annexation of 2.8 million West-Bank Palestinians that would transform Israel into a bi-national state, and by that bringing an end to Israel as a Jewish and democratic state. Only a minority supports Netanyahu’s policy of “Greater Israel,” with its ever-expanding settlements and continued occupation. Yet nevertheless, this minority of American Jews has far greater impact on Israel’s reality.

Israel was established as the state of the entire Jewish people, not just those who currently reside therein. Israel has always known how to elicit the assistance of Diaspora Jews by pointing to the deeply held value that the Jewish people share a “mutual responsibility for one another.” Indeed, Diaspora Jews have responded to this entreaty enthusiastically. Over the years, Diaspora Jews have supported their Israeli brethren both financially and politically.

Because of this “partnership,” Diaspora Jews justifiably expect that Israel will be positively attuned to their concerns over conversion laws, recognition of the various streams of Judaism, egalitarian prayer at the Western Wall and more. And yet, that is not the reality.

The reciprocity embraced by the current Israeli government only extends to those American Jews who support the settlement enterprise and finance provocative Jewish construction in the heart of Palestinian neighborhoods. Although Netanyahu has crowned himself the leader of the entire Jewish people, he and his government seek to delegitimize and silence the majority of Diaspora Jews.

Diaspora Jews are not Israeli citizens and are therefore not permitted to vote in Knesset elections. However, the logic of a Jewish common destiny must allow their participation in the Israeli political discourse. Why? Because this is the true meaning of Jewish mutual responsibility, because it is a legitimate expression of the Diaspora’s attachment to Israel, and because blocking political involvement at the border is impossible in our modern era.

It is astonishing how many Jews in the United States, living in the world’s largest democracy, succumb to an absurd assertion that their rejection of occupation policy amounts to a betrayal of Israel. The anti-democratic, anti-Jewish message stemming from the Israeli government has alienated many American Jews who oppose the occupation. Alas, they must not distance themselves from Israel. Rather, they should take the lesson of American Jewish occupation-supporting minority, and increase their involvement in Israel’s political process in order to influence its policy.

The Jewish extreme right in the Diaspora takes advantage of this principle with great vigor and without apology. It maintains its fighting spirit even when the Likud party is not in power. Jews who fear that Israel may become bi-national state must draw the lesson and do the same.

Every Jew, irrespective of his or her ideological affiliation, has the right to take part in the political discourse that affects the face and soul of the Jewish state. If the securing of Israel’s future as a Jewish-democratic state is dear to hearts and minds of Jews in the U.S., they must wake up and insist on exercising their right to a voice in shaping the Jewish state’s destiny, all of course within the framework of American and Israeli law.

Publishing eloquent articles and shedding genuine tears over the anticipated tragedy of the Jewish state is simply not enough. There is real work to be done, exactly as the Jewish extreme right in the United States has been doing for years. Sheldon Adelson is a case in point: he puts his money where his mouth is. He has been financing – to the tune of nearly $400 million — a daily newspaper distributed free of charge on the Israeli street as a mouthpiece for Netanyahu and his government. The wealthy American Jews who oppose the occupation should be doing the same. Their financial resources will enable consistent and effective action in the Israeli political arena and will also enable productive teamwork with their Israeli counterparts. Cooperation between all sectors of the Jewish people that oppose the occupation will give new impetus and a new chance to save Israel from becoming a bi-national state and losing its Jewish-democratic identity. To make a real difference, the wealthy Jews who oppose the occupation must become as chutzpadik as the Adelsons.

Haim Ramon served as Minister in several Israeli governments as well as in a position of Vice Prime Minister.