Why Did The Holocaust Museum Omit A Key Advocate For Jews? 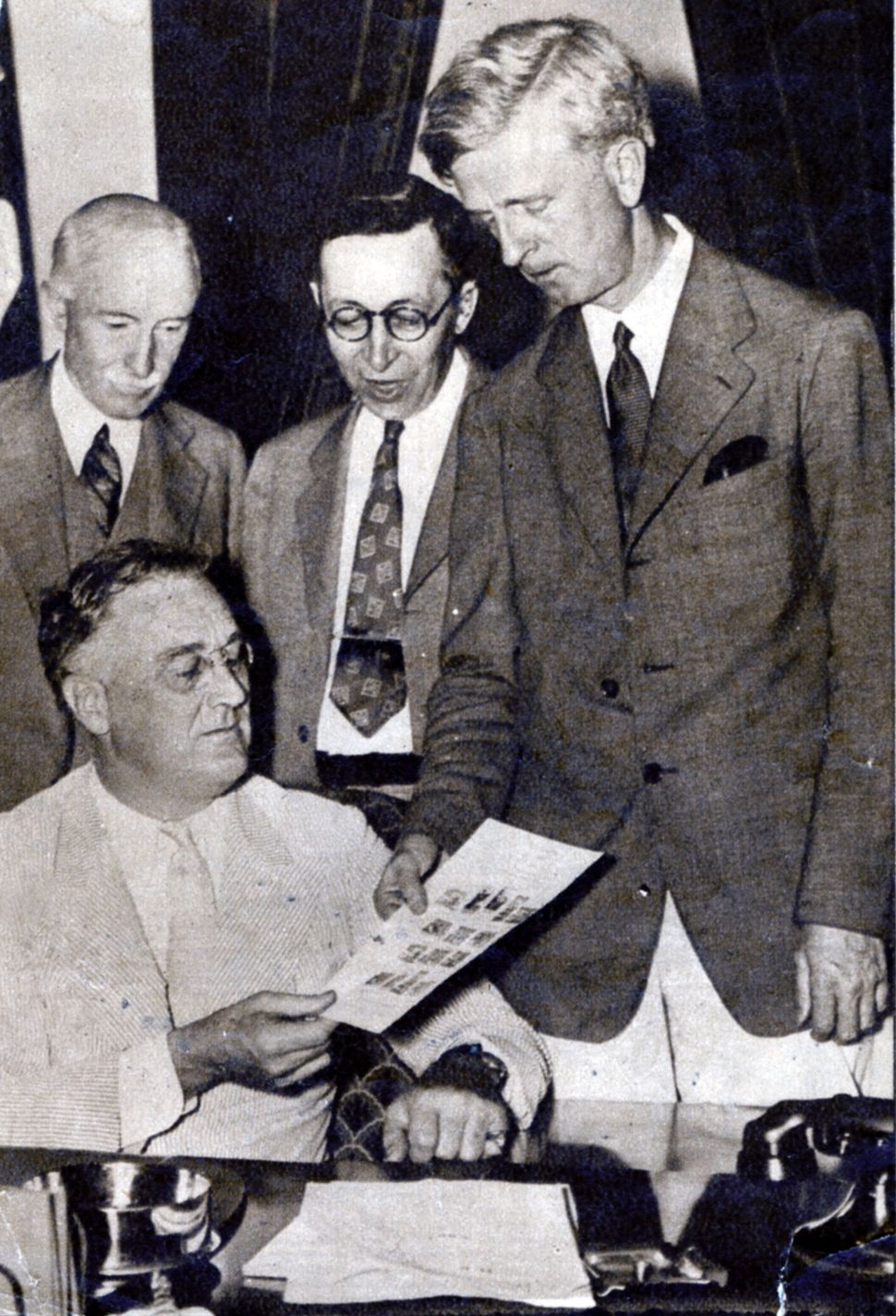 One of the most important Americans to speak out against the Holocaust has been omitted from the U.S. Holocaust Museum’s new exhibit on “Americans and the Holocaust.”

How could this have happened?

James G. McDonald (1886-1964) was an unlikely figure to end up playing a prominent role in Jewish affairs. A Catholic from the Midwest — born in Ohio, raised in Indiana — McDonald in 1918 became the chairman of the New York based Foreign Policy Association. Anxious to learn more about the new Nazi regime, McDonald traveled to Germany and was able to secure a private meeting with the new chancellor, Adolf Hitler, in 1933. He was the first American to hear the Nazi leader explicitly vow to annihilate the Jews.

McDonald ran into similar obstacles during his two years as the League of Nations High Commissioner for Refugees Coming from Germany between 1933 and 1935. During that early phase of the Nazi regime, Hitler was willing to let the Jews leave. The problem, as McDonald discovered, was that except for Palestine, no other country was willing to receive them. He resigned as commissioner in 1935 as a protest against the failure of the international community to open its doors.

Nonetheless, McDonald refused to be deterred. In 1938, he became chairman of the President’s Advisory Committee on Political Refugees. Although his hands were largely tied by the Roosevelt administration’s harsh immigration policy, McDonald acted as adviser at the Evian Conference to deal particularly with the problem of German Jewish refugees. Although the conference was a failure, McDonald and his colleagues did manage to help bring more than 2,000 Jewish refugees to the United States on the eve of the Holocaust. He later served as America’s first ambassador to Israel.

For many years, McDonald’s efforts during the Holocaust were known only to a handful of scholars. But the discovery of McDonald’s diaries in 2003 led McDonald’s daughters, Barbara McDonald Stewart and Janet McDonald Barrett, to donate all 10,000 pages of the diaries to the U.S. Holocaust Memorial Museum. That’s when I became acquainted with McDonald’s life and began work on my film, “A Voice Among the Silent: The Legacy of James G. McDonald.”

The museum’s leaders always treated the diaries as significant. The museum co-published four volumes of them, and made a major effort to convince the news media to report on them. The museum published a James McDonald 2005 Calendar, highlighting his accomplishments month-by-month, and even created a glossy brochure featuring McDonald’s reasons for “becoming a champion for Jewish aspirations and equal human rights.” The brochure hailed the diaries as “a landmark acquisition” and “part of the Museum’s urgent efforts to rescue the evidence of the Holocaust before it is lost forever.”

When I learned, last year, that the museum was preparing to open a new exhibit on “Americans and the Holocaust,” I urged the chief curator, Professor Daniel Greene, to include a description of McDonald’s efforts to save Jews. When I met Greene in person at an event in Chicago on March 14, 2018, he assured me that McDonald would be included. But when the exhibit opened last month, McDonald was not to be found in its panels, displays or film segments. Nowhere. Not a single mention.

Professor Greene and his colleagues have not given me any plausible explanation for their outrageous decision to exclude McDonald. I hope the reason doesn’t have anything to do with political partisanship. I know that scholars have criticized the new exhibit because it claims there was little President Franklin D. Roosevelt could have done to rescue Jews from the Nazis, and McDonald’s story suggests exactly the opposite.

President Roosevelt did nothing to help McDonald’s refugee work for the League of Nations. In fact, the president promised a $10,000 contribution, but never came through with it. In 1935, McDonald asked the president to publicly criticize Hitler’s persecution of the Jews. FDR ignored his plea. In 1939, President Roosevelt gave McDonald the impression he would ask Congress to allocate $150 million to help resettle Jewish refugees in various countries. That promise never materialized either.

Later, during the Holocaust, McDonald wrote a number of articles and gave speeches in which he directly challenged the Roosevelt administration’s failure to help the Jews in Europe. In one speech, to a Bnai Brith conference in Buffalo in May 1944, McDonald declared that the administration had “paid only lip service” to the persecution of Jews before the war, and now had “declined to make these [Nazi] crimes a major issue.”

Could this be the reason the museum excluded the man they once championed as an American hero? Have they dumped McDonald because telling his story would reflect poorly on FDR?

The U.S. Holocaust Museum has some explaining to do!

Why Did The Holocaust Museum Omit A Key Advocate For Jews?