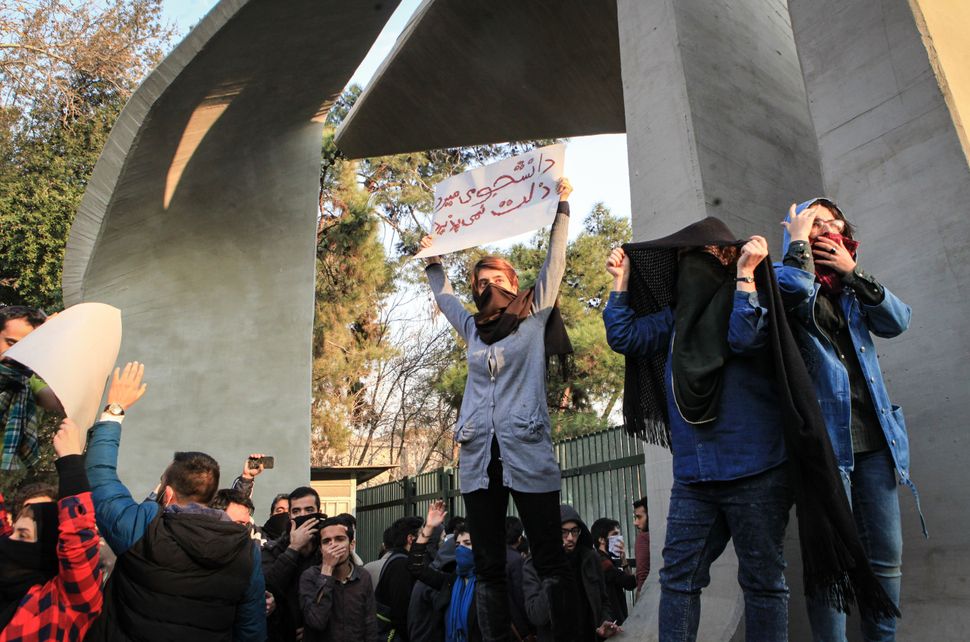 Nearly two-and-a-half years ago, a large segment of Jewish leaders and activists across the United States came out in strong support of the Iran deal. They believed the deal would help improve the lives of the people of Iran who were suffering economically, and help bring about reform in Iran for average Iranians. As a result of the deal, the U.S. and Europe gave billions of dollars in sanctions relief to the Iranian regime. Many of these Jews not only vocally supported the Iran Deal, but also labeled Jews who opposed the deal — Ashkenazi and Sephardi alike — as warmongers who were against finding a peaceful diplomatic solution to the crisis with Iran.

Yet the 2015 Iran Deal clearly did nothing to help the people of Iran economically, nor did it provide them with any improvement in their daily lives. The corrupt ayatollahs in Iran who made the deal have instead spent the billions gained for their own personal benefit or to fund their foreign wars fought by terrorist groups. Clerics in Iran have killed, beaten and imprisoned innocent peaceful protestors who only want better economic opportunities, a free society and a democratic government that is answerable to them. With the current events unfolding in Iran today, the same Jews in America who supported the Iran Deal have a responsibility to now stand in solidarity with the people of Iran seeking regime change on their own terms.

Supporting the protesters in the streets of Iran who want regime change in their country is not merely to the ultimate benefit of America and Israel’s security, but is more importantly the right and moral thing to do. As a people who for millennia have faced unspeakable violence, hatred, injustice, pogroms and even genocide, we have always spoken out in every part of the world in support of others who are downtrodden and oppressed.

Today, our support of the peace-loving people of Iran should be no different. Even if the Iranian ayatollahs and military apparatus ruling Iran claim our support for the protesters is a part of some “great American or Zionist conspiracy” to bring down their regime, we must stand steadfast with those Iranians calling for a democratic government. How much longer can we stand idly by and not speak up while the regime in Iran slaughters and imprisons its own citizens? How much longer should we ignore leaders who constantly deny the Holocaust and call for a second annihilation against our brethren living in Israel? Leaders and individuals throughout Israel have voiced support for average Iranians protesting for better lives on the streets of Iran. Likewise, L.A.’s Simon Wiesenthal Center recently became one of the first national Jewish organizations to also voice support for the Iranian protesters. But it is not enough.

For Jews and non-Jews who love peace and abhor war, standing in solidarity with the people of Iran protesting today is moral and just. We as American Jews must today recall the gift of freedom the ancient Persian king, Cyrus the Great, granted us from the bondage of Babylonian captivity, and in turn stand with his descendants in Iran who today are seeking the world’s support to free themselves from their own yoke of radical Islamic bondage and oppression.