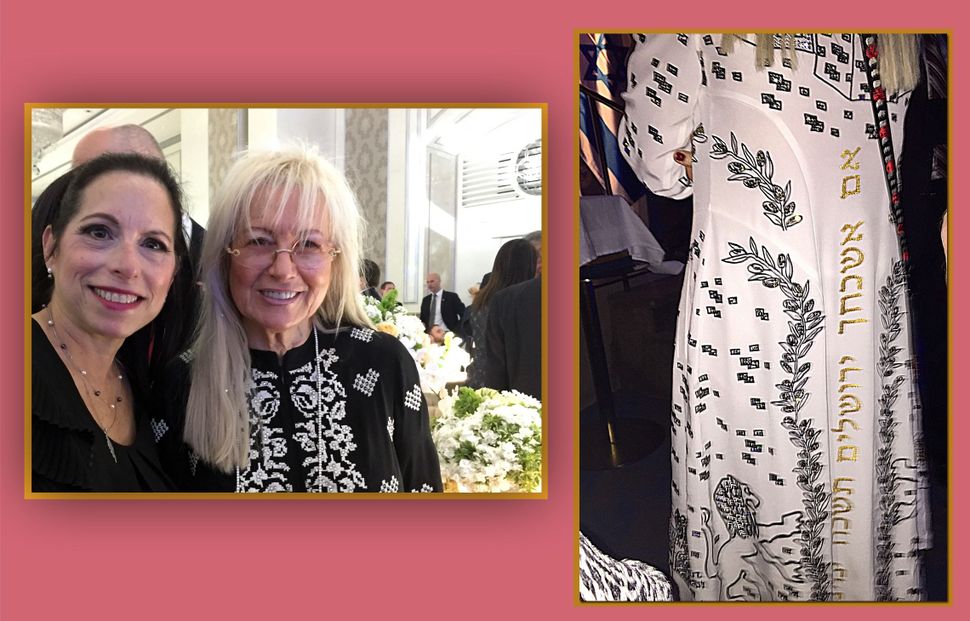 Every fashionista knows that the month of May is the most important month for fashion statements: the first Monday in May Met Gala in New York City.

But this year, the most influential, most noticed fashion statement was not worn by a celebrity in the United States, nor in England at the Royal Wedding of Prince Harry and Meagan Markle, The Duke and Duchess of Sussex. Rather, it was Miriam Adelson’s long jacket, worn during the Opening Of The Embassy Of The United States in Jerusalem, that generated international buzz.

What makes this garment so special? The long white jacket Adelson wore was designed especially for Yom Yerushalayim, the Israeli National Holiday commemorating the reunification of Jerusalem after the victory of the Six Day War in 1967, the same day that the new U.S. Embassy opened in the heart of the Jewish homeland.

Miriam Adelson told me that I can share the garment with my readers provided I do not write about her or her husband and I help promote Israeli fashion. The only thing I will write in that vein is how gracious she was and how much I admire her.

Miriam Adelson is known for wearing modest fashion, often clad in long jackets that her neck, arms and legs. During the events before, during and after the actual occasion, she stayed true to her fashion, with a memorable twist.

When Sheldon and Miriam Adelson entered the enclosed seats for the event, jaws dropped in unison at how wonderful and appropriate Adelson looked.

Adelson knew she wanted to connect her outfit to the historic events of the day. She took this challenge to the mother-daughter team of Tovelah, based in Tel Aviv. Adelson told me she has a long relationship with the fashion house — they also designed the outfit Adelson wore to the White House Chanukah party. Adelson worked together with them to develop the theme of the garment, and, according to Adelson, she let the women “do their magic.”

The long white jacket displayed many pieces of Jerusalem with hand-sewn beads. Down the center of the back were the Hebrew words, “אם אשכח ירושלים, תאשכח ימיני” In English, it translates to, “If I Forget Thee, O Jerusalem, May My Right Hamd Lose Its Cunning!” This is from chapter 37 of Psalms.

It was no coincidence that the words were beaded in gold, as in “Yerusalayim Shel Zahav,” Jerusalem of Gold, in reference to the song often sung as an patriotic anthem to the city.

The rest of the jacket was just as significant. Adelson showed me her sleeves and parts of the front of the jacket representing the Old City. Olive branches were sewn throughout the jacket, as well as small rectangles representing Jerusalem stone. Most of the other beads were black, with hints of red and silver.

While this year’s Met Gala theme was “Heavenly Bodies: Fashion and the Catholic Imagination,” there simply is no mistaking that Miriam Adelson’s garment stole the show.