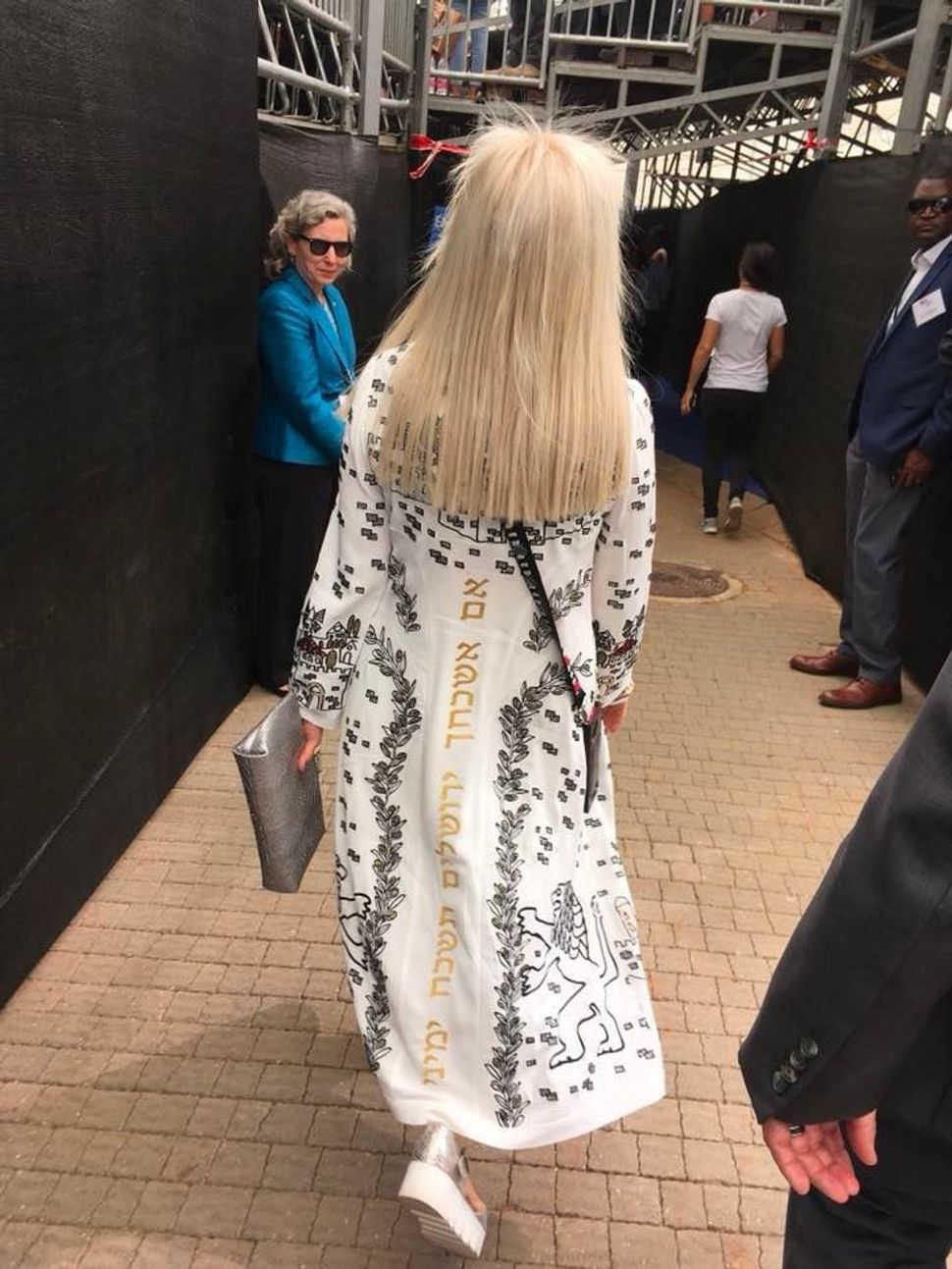 Fashion is about making a statement, and Miriam Adelson took that rule to heart.

The American embassy has officially moved to Jerusalem and all sorts of prominent politicians and American Jews are in the holy, contested city to celebrate. On the guest list was Sheldon Adelson, prominent Jewish billionaire who is known for supporting many Republican candidates and causes, and his wife Miriam, who is a research physician.

Dr. Adelson wore a long, white dress with a simple, flowing silhouette, like she was a biblical prophetess (her signature flat-ironed, blunt-edged hair edged in a halo of frizz and heat-damaged locks adds credence to this assessment, as well as the silver platform sandals). Printed with leaves of olive trees framed by the lions of the tribe of Judah and topped with an outline Jerusalem’s skyline, the dress was an ode to Judaism’s connection to Jerusalem. Underscoring that connection was a Hebrew verse from Psalms, printed in gold, running down the back of the dress, that translates to, “If I forget thee, O Jerusalem, it is as if I forgot my right arm.”

That verse, according to the Psalmist, was sang by Jews as they were forced into exile after the destruction of the Temple. It underscores the millennia-old connection that Jews have with Jerusalem, promoting the centrality that Jerusalem figures in Judaism, and presents a challenge to critics of moving the U.S embassy to Jerusalem: Jews would sooner lose their right arms than give up Jerusalem. 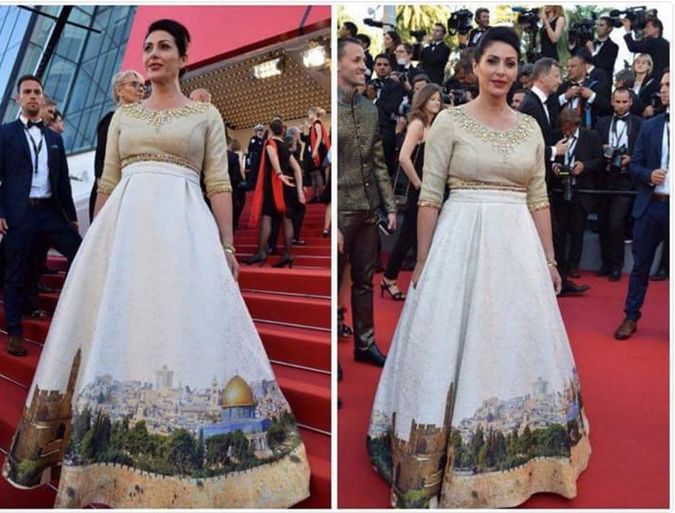 This is reminiscent of the kind of statement made by Miri Regev, Israel’s culture minister, who attended last year’s Cannes Festival wearing a gown printed with the skyline of Jerusalem’s old city. The gown created an uproar — as well as a slew of memes.

For Miriam Adelson, this moment seems deeply personal. Not only was she born in Mandatory Palestine in 1946, and witnessed Israel’s war for independence, she and her husband Sheldon have been at the forefront of pushing the White House to move the embassy to Jerusalem.

Ivanka Trump, who also pushed for the embassy to be moved, went the opposite track and made absolutely no statement at all with her boring skirt-suit.