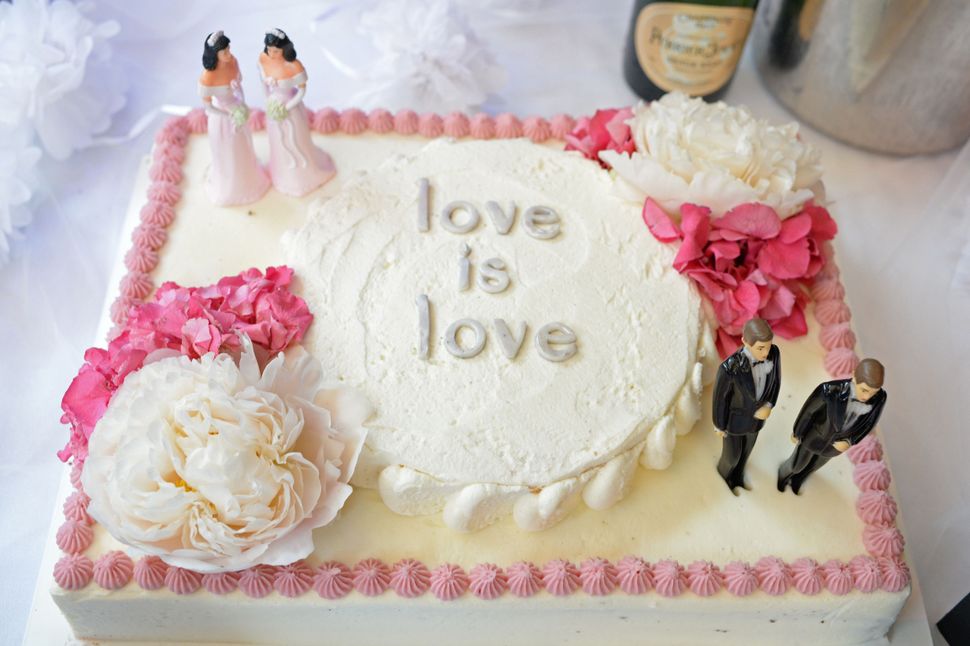 A wedding cake with a groom couple and a bride couple is seen at The Abbey restaurant at a celebration of the over100 same-sex marriages performed today in West Hollywood, California, July 1 2013.. The U.S. Ninth Circuit Court of Appeals lifted California’s ban on same-sex marriages just three days after the Supreme Court ruled that supporters of the ban, Proposition 8, could not defend it before the high court. Image by Getty Images 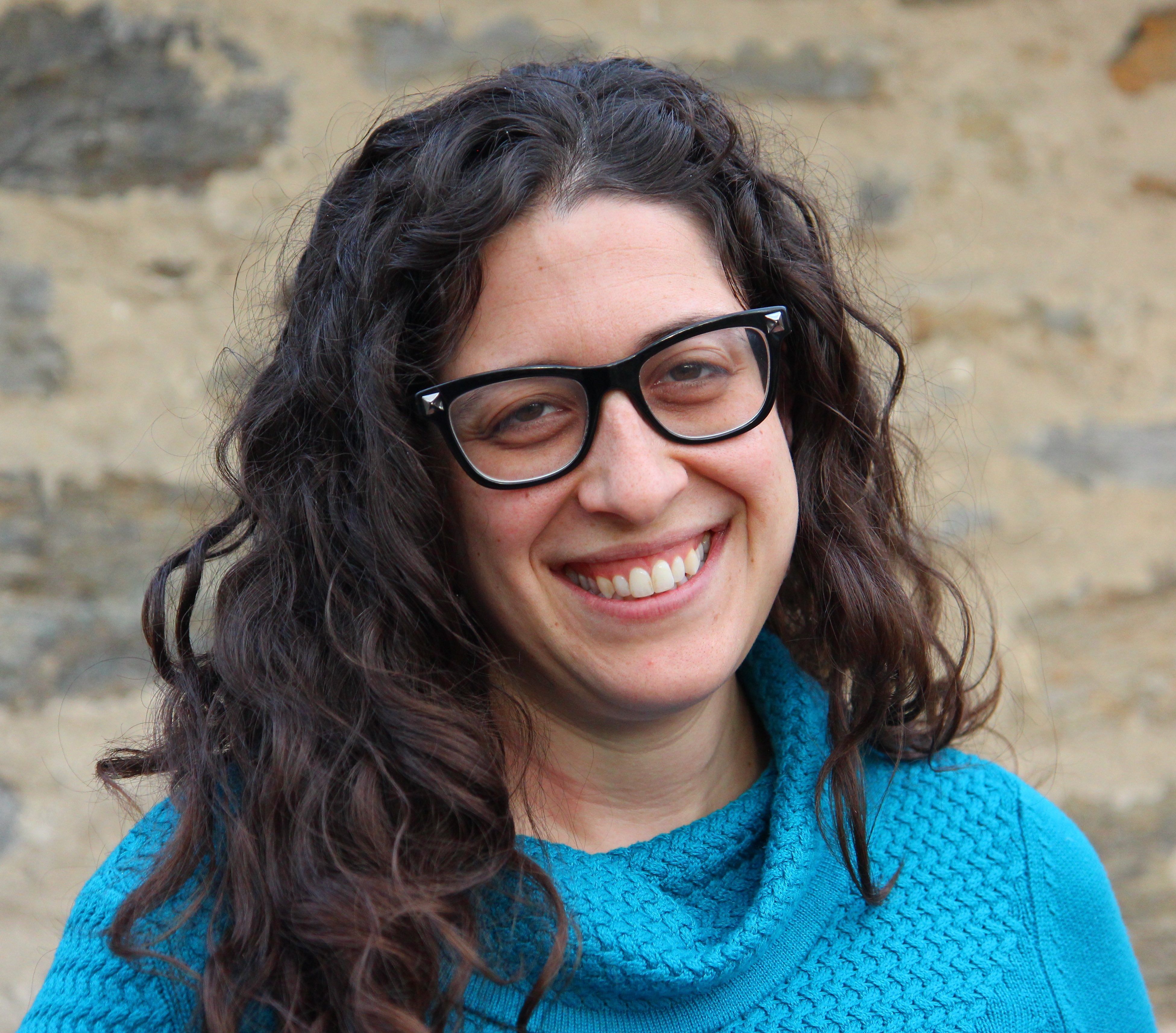 As June ushers in the arrival of “Wedding Season,” the air is filled with sounds of wedding bells, or in our community, the joyous smashing of glass. But millions of Americans are waiting for a United States Supreme Court decision that could determine whether the chimes of freedom ring equally for all Americans.

At stake is an issue far bigger than any single wedding cake. The impending ruling in Masterpiece Cakeshop v. Colorado Civil Rights Commission is about core American and Jewish values of inclusion, equal treatment, and the true meaning of religious freedom.

Imbuing those values in our day-to-day lives means that in America, no one should enter a business unsure of whether they will be served based on their identity. As a society, we have already rejected the idea that businesses have a right to discriminate against people because of who they are. We collectively decided that when a business opens its doors to the public, those doors must be open to all.

Yet, in Masterpiece Cakeshop, the plaintiff is arguing for a religion-based right to discriminate, to reject that “open to all” standard. A ruling in favor of the plaintiff would, in effect, allow a bakery to hang a sign on its window reading “No Wedding Cakes for Gays.” We cannot go back to a time when businesses engaged in blatant discrimination (and of course, we must still root out less-blatant discrimination, too). From rejecting “Whites Only” spaces in the segregated South to ensuring that signs declaring “No Jews Allowed” will never again be displayed in a place of business — this is a chapter of our country’s history that should be closed for good.

Religious freedom is enshrined in our country’s Constitution and has served as a core promise (if not always fulfilled) for Jewish people in America since the founding of our republic. “It is now no more that toleration is spoken of, as if it was by the indulgence of one class of people that another enjoyed the exercise of their inherent natural rights,” wrote President George Washington to the Jewish community of Newport, Rhode Island in 1790, “For happily the Government of the United States, which gives to bigotry no sanction, to persecution no assistance, requires only that they who live under its protection, should demean themselves as good citizens.”

As a person of faith, I take seriously and personally attempts by those who would co-opt faith into a weapon of discrimination. Business owners — and the people they serve — already have the right to express their beliefs and practice their religion. But the right to exercise our religion is not without bounds, and it shouldn’t be; our religious freedom doesn’t give any of us the right to impose our beliefs on others, or to use those beliefs to deny others their inherent natural rights and human dignity.

This Supreme Court case isn’t an isolated incident, and it isn’t just about cake — or even marriage equality. It’s about upholding the values that serve as the foundation of this country, which includes the freedom to go about our daily lives free from bigotry or persecution. If the Court chooses to reverse the ruling made by the Colorado Court of Appeals, the Court would be legitimizing what should be considered a radical claim that, at its core, is antithetical to American values.

Yet, while this case holds the potential for far-reaching change, it may not end the real harm that discrimination causes for millions of people. That’s why we need to secure nondiscrimination protections for LGBTQ people nationwide and pass federal legislation like the Equality Act. An overwhelming majority of Americans support equal rights for LGBTQ people, but many LGBTQ Americans live in states that don’t have explicit non-discrimination protections in employment, housing or public-facing businesses.

In upholding the original ruling of the Colorado Court of Appeals, the Supreme Court wouldn’t be picking winners in a zero sum game of civil liberties. Rather, the ruling would affirm our shared values as Americans and help our laws catch up to those shared values of equal treatment for all.

We are a diverse society, different in many ways, which makes us stronger as a nation. But we all have in common the fundamental desire to feel safe and secure in our communities and have the freedom to be our authentic selves. Whether it’s eating wedding cake or kugel, we are all entitled to the basic ability to go about our lives, free from discrimination and the indignity of being turned away just because of who we are.