Jews Have A Moral Obligation To Support Refugees 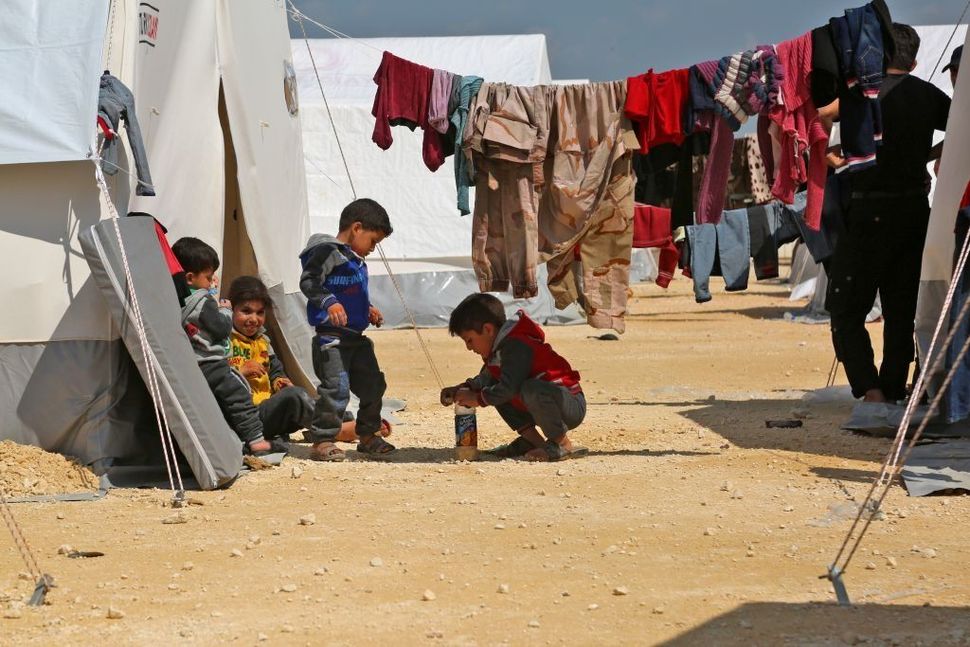 Syrian children play at a camp for displaced Syrians in northern Syria on April 13, 2018. (Photo by Zein Al-Rifai/AFP/Getty Images) Image by Getty Images 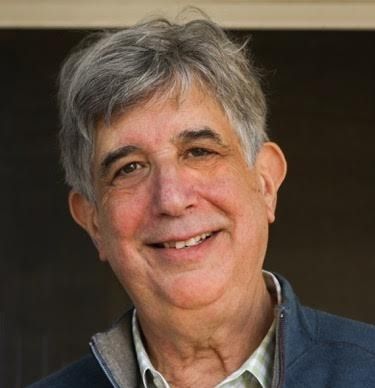 Nobody wants to be a refugee. To be forced from your home, your family, all that is familiar. No one wants to be one of the 1,995 children separated from their families at the border because of a most inhumane policy.

Every minute, 20 people must flee their land because of terror, war or persecution, according to the latest reports from the United Nations.

I’ve listened to the horrific stories of refugees in the camps of eastern Chad, and talked to displaced people in Haiti, survivors of genocide in Rwanda and many who settled in the United States. They want the same things we do: safety, opportunity and the ability to contribute to society.

Their deep sense of humanity, especially given the nightmare of their lives, has impacted me greatly.

World Refugee Day began in 2001 to increase awareness of the plight refugees endure, to stand in solidarity with them and to stimulate action by countries to help them. It’s a day to acknowledge the courage, perseverance and strength of refugees, who are among the most vulnerable people on earth.

Jews are the quintessential refugees. Starting with Egypt and throughout our history, we have been forced out of myriad countries. The Holocaust made millions of Jewish people refugees.

The Jewish community is very mindful of the challenges facing refugees. Our work is guided by a most effective organization, HIAS (Hebrew Immigrant Aid Society), which plays a critical role in advocacy and resettlement work. Their outstanding work has spawned other groups.

However, we must ask very serious questions in our own community. Can we do more than we have been doing? Is this a priority?

Compassion is not enough. On World Refugee Day — June 20th, 2018 — it will not be enough to commiserate with people risking their lives in desperate search for a haven. Policies must be in place to provide aid and home.

On this day, it’s time to act. We need an independent, bipartisan group of people with great minds and large hearts who are both idealistic and pragmatic to create a compassionate, realistic policy that will admit refugees to the United States and equip them to become fully adjusted to life here.

This group should include refugees and other creative, insightful people from business, refugee resettlement agencies, education and the tech industry — as well as politicians serious about finding solutions.

We must do more. We promised to do more.

However, bombarded with all the political rhetoric, statistics that are beyond comprehension and so many other problems, there is a growing malaise about the refugee situation. World Refugee Day exists to awaken us to the reality that we can do something if we have the resolve. There are solutions to even the most vexing problems.

There are over 65 million internally displaced and stateless people in the world, according to U.N. estimates. But that number is difficult to accurately assess given the daily increase of the victims of genocide, civil unrest, ethnic cleansing, violence and environmental catastrophes (many of whom go unreported).

The Refugee Act of 1980 gave the president the power to set a ceiling on refugees each year. It has averaged around 85,000 annually. Last year, President Donald Trump lowered it to 45,000. Two thirds into the 2017-18 fiscal year, only 15,000 refugees had been admitted. For perspective, fewer than 50 were from Syria.

But refugees aren’t statistics. They are people, people with the same universal qualities that make us all human. In my many visits to refugee camps and interviews with refugees across the United States, I’ve heard this repeated and again: “Yes, my legal status is that of a refugee, but please don’t stereotype me. I want to be viewed as a human being.”

The people who already arrived or are seeking refuge often came from stable backgrounds before they saw their world torn asunder. They want to learn, work and contribute to society. There’s no evidence that they pose a security threat. The acts of terrorism which have taken place have not been committed by refugees.

Solutions aren’t easy. But if framed in a way that includes ethics, compassion and humanity, better answers can and must be found.

We can locate a common humanity when we have the courage to look a refugee in the eye, and they return our gaze. That bond has nothing to do with race, ethnicity or religion. It’s about something much more important.

It’s about what it means to be human.

Being human means caring about others and showing that caring through our acts.

On this World Refugee Day, there is a great need to raise awareness and act compassionately to help refugees. And there’s a need to support legislation that exemplifies the American values reflected on our Statue of Liberty.

We show compassion when we contribute to outstanding organizations that help refugees or personally take time to meet refugee families. Hebrew Immigrant Aid Society (HIAS), the International Rescue Committee (IRC) and World Relief are among the agencies that settle the most refugees in America.

We show our resolve for change in numerous ways. That includes advocating for legislation like a new bill by 32 senators to prevent the separation of children from parents, the Keep Families Together Act. Or when we oppose the latest proposal by Attorney General Jeff Sessions on denying asylum to victims of domestic or gun violence. This is a dramatic shift in policy.

World Refugee Day is an opportunity to see the humanity in ourselves and others. Our futures are intertwined. And with imagination, open conversation and creative ideas, we might just find sustainable solutions.

We won’t know unless we try.

Lee Bycel is writing a book on Refugees in America and is an adjunct professor at the University of San Francisco where he teaches Holocaust, Genocide and Refugee Studies. He is a Senior Moderator at the Aspen Institute.

Jews Have A Moral Obligation To Support Refugees