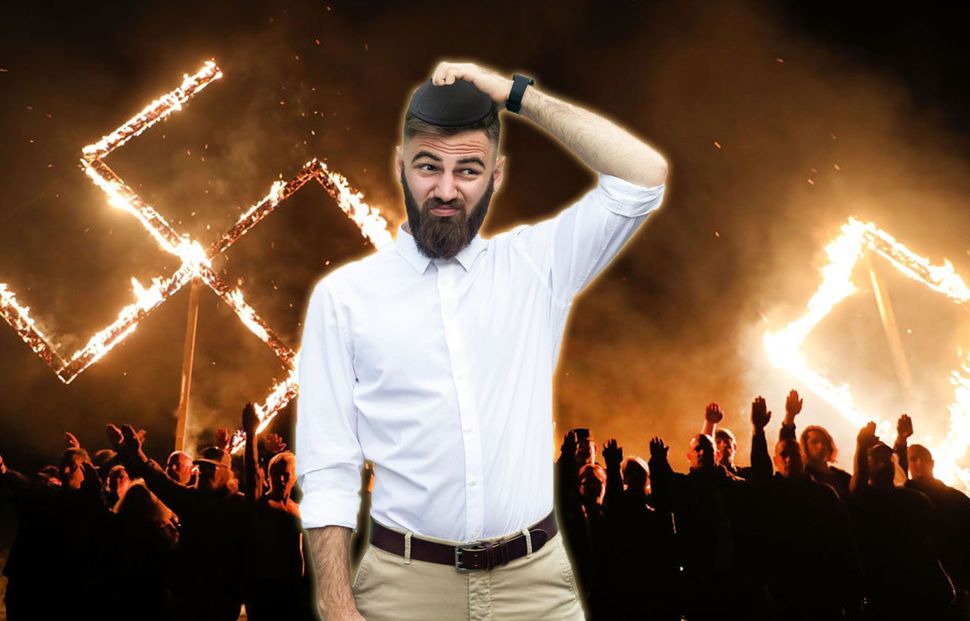 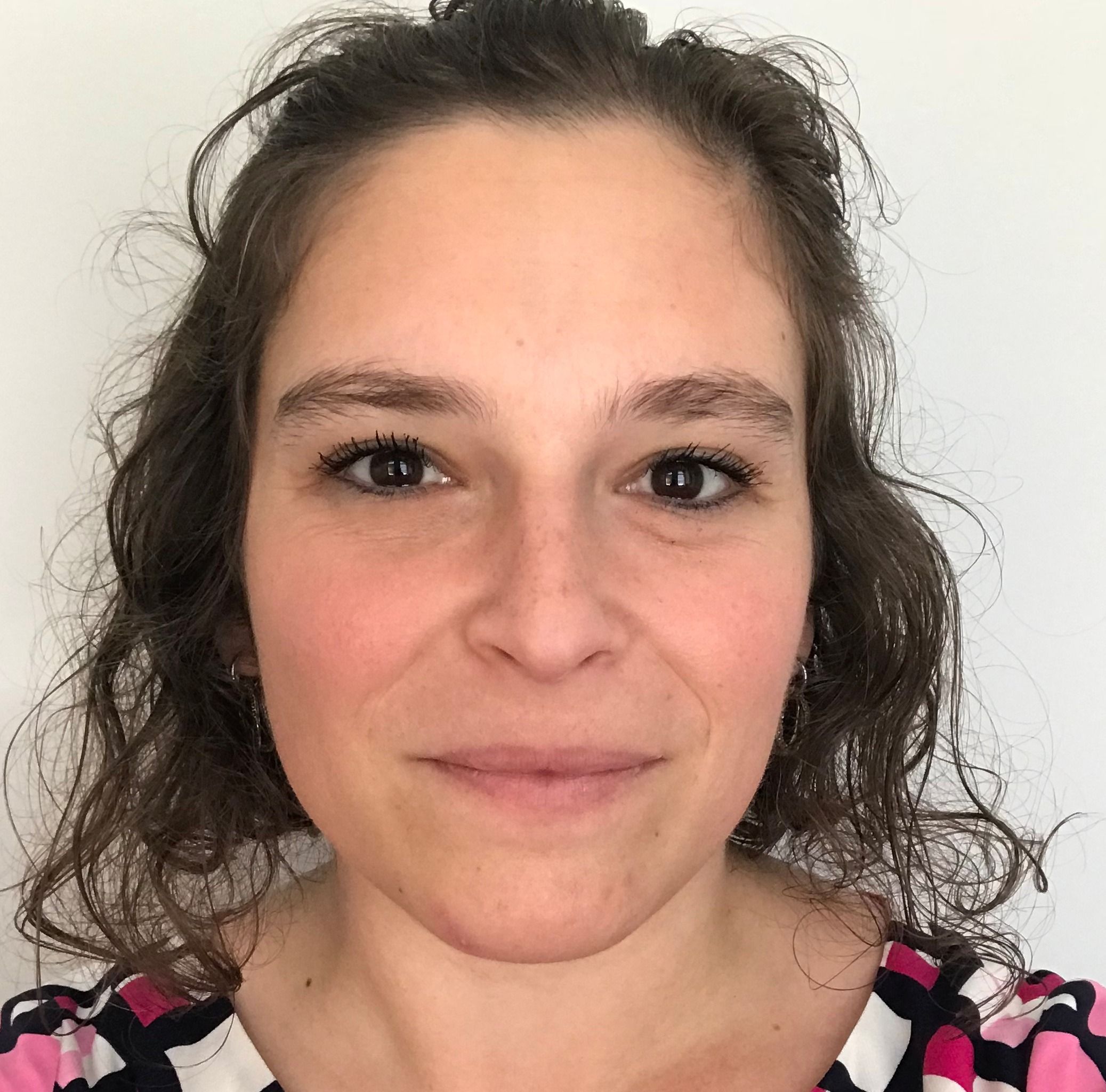 I am a white American Jew. If I look at my family tree for many generations back on either side, I will see white Europeans who look just like me. My mother’s family has been in the US for several generations. She has roots in Eastern Europe, but her parents, grandparents and great-grandparents were born in this country. My father is a first-generation American; his parents escaped Nazi Germany as children. I understand the ongoing arguments about Jews and whiteness; for those of us who are light-skinned, it can be difficult to acknowledge that we benefit from white privilege while also contending with a long history of Jewish oppression, but the fact remains — some Jews are white.

Whiteness isn’t really about what you actually are: it’s about how the outside world views and treats you. While I have experienced some mild anti-Semitism in my life, I have never been treated as anything other than a white woman. I’m simply not comfortable using the term “white-passing” for myself, because it suggests that my white privilege is contingent on people not knowing that I’m Jewish — the implication being that once my Jewishness is known, I cease to benefit from my whiteness. For many American Jews of European descent, myself included, this is simply not the case.

Anti-Semitism and racism are different things that play out differently in our society. To say that some Jews benefit from white privilege doesn’t erase or undermine Jews’ long history of oppression. White Jews may experience discrimination, but we don’t experience racism.

I’m honestly tired of the “are light-skinned Jews white?” debate. It’s been approached from every angle several times, and there are more pressing things we should be talking about. The truth is that, despite all of the oppression and hardship Jews have experienced throughout history and continue to experience today, many of us are, for all intents and purposes, white — and we just need to get over it.

The Forward recently published two articles on either side of the debate: Nylah Burton wrote a piece entitled, “White Jews: Stop Calling Yourselves ‘White-Passing,’” and Micha Danzig responded that, “No, Ashkenazi Jews Are Not ‘Functionally White.’”

I happen to agree with Burton’s perspective, and I think that as an Ashkenazi Jewish woman of color, she’s in a uniquely good position to offer a compelling view on Jewish whiteness and how it’s different from people of color who are white-passing. As someone with Holocaust survivor grandparents, I also have a great deal of understanding of Danzig’s perspective and about why it’s difficult for some Jews to accept that they benefit from white privilege. I take less issue with the content of Danzig’s piece than I do with how it’s written.

Danzig’s article doesn’t just seek to dismantle Burton’s argument; whether he’s aware of this or not, it actively tries to undermine Burton and chip away at her credibility in a way that is quite frankly sexist. Danzig scolds Burton for “explain[ing] to Ashkenazi Jews the ‘true nature’ of their identity…” while simultaneously attempting to explain race and racism to a woman of color.

Throughout the piece, Danzig makes patronizing and deprecating statements that are also largely unsubstantiated. Examples include: “Burton’s arguments do not stand up to factual analysis;” “What she fails to recognize is that not every non-white group’s experiences are the same;” and, “That Burton imposes this unreasonable and clearly impossible standard on Ashkenazi Jews alone is an absurd and infuriatingly hypocritical exercise in moving the goalposts.”

Here is one illustrative example from Danzig’s piece:

“Burton also argues that ‘a white-passing black person may get some privilege due to their appearance, but will still be subject to systemic economic disparities.’ So would a ‘white-passing black person’ who is also incredibly rich no longer be African-American according to Burton?…Of course not. Wallet size does not determine one’s ethnic identity and to even imply such an argument is both offensive and silly as today’s rich person can be in the poorhouse tomorrow.”

Danzig’s analysis of Burton’s words aims to dismiss Burton’s argument about economic disparities as ridiculous with a quick and dismissive quip. My sense is that Danzig doesn’t necessarily think that Burton is saying that wealth determines race, but by asserting so in this manner, he actively attempts to undermine her argument about the limitations of white passing privilege. Attempting to undermine the credibility of a woman who has direct and varied experience in a subject with a quick rhetorical example is a classic tactic of mansplaining, which writer Rebecca Solnit described as “the intersection between overconfidence and cluelessness.” That’s at least partly what seems to be going on here.

Since we can’t fully separate out various identity factors, we can also infer that since Danzig doesn’t recognize his own white privilege, he seems to believe that he can have equal or even higher footing than a person of color in a conversation about race. This is a perfect example of why Burton is right about the need for white Jews to stop describing themselves as “white-passing.” When we identify in this way, we claim an experience of oppression that isn’t ours.

Burton doesn’t need me, a white Jewish woman, to come to her rescue. But as a feminist, I do feel a responsibility to call out sexism when I see it. I also want to state unequivocally, and again, as a white Jewish woman, that the othering and discrimination that light-skinned American Jews experience isn’t, has never been, and will never be the same as the systemic racism that people of color in the United States experience on a daily basis.

Larisa Klebe is the Associate Director of Programs and Education at the Jewish Women’s Archive.