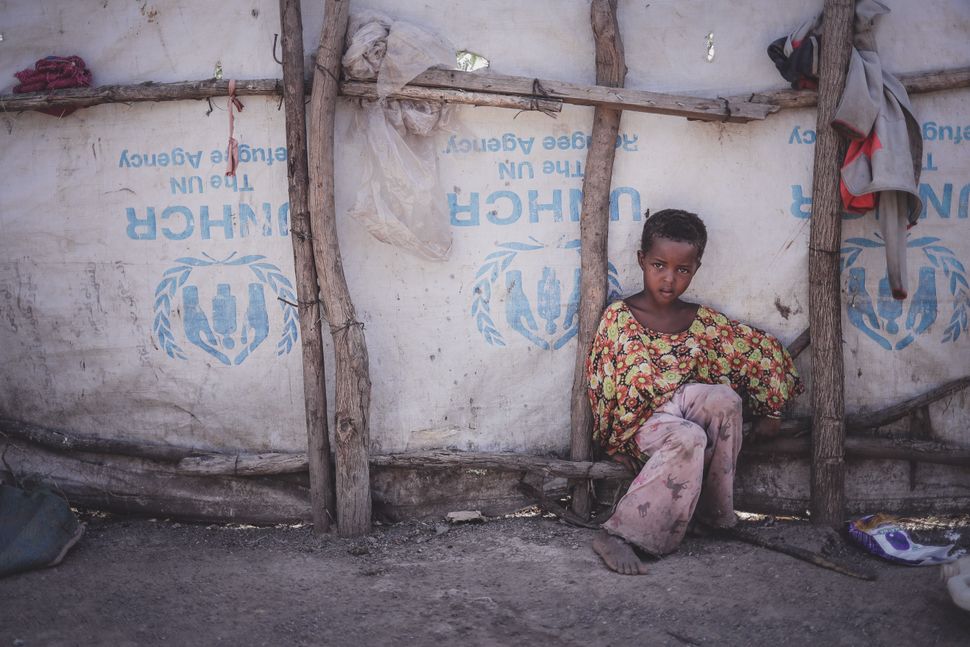 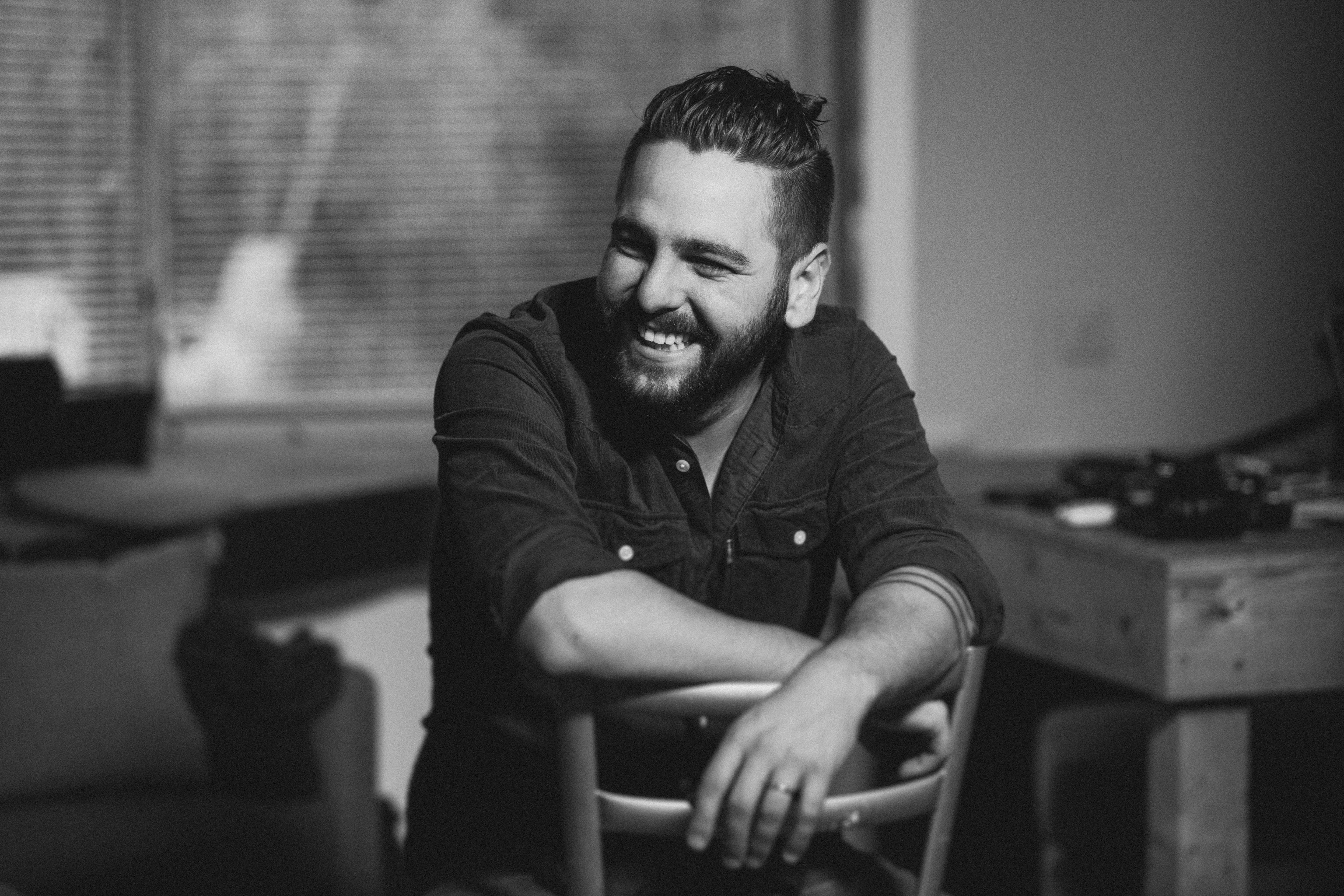 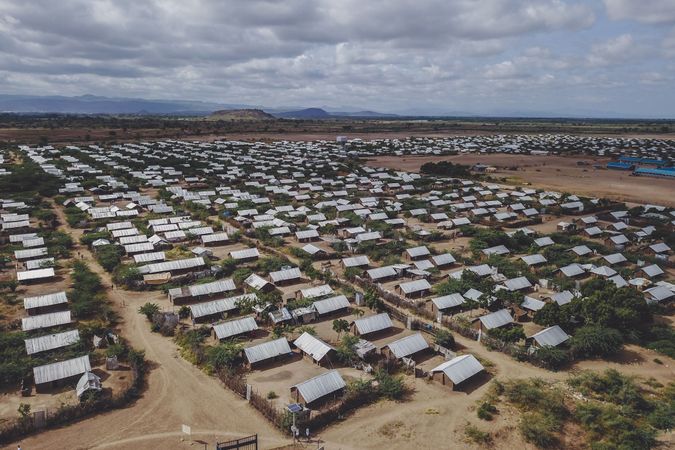 A view of the Kakuma Refugee camp in Northwestern Kenya. Image by Lior Sperandeo

Last month, I had the rare opportunity to document life inside Kakuma Refugee Camp, located in Northwestern Kenya. This United Nations Refugee Agency camp opened in 1992 to accommodate the 23,000 “Lost Boys of Sudan.” During that year, the Second Sudanese Civil War gripped the continent, causing mass displacement across the region. When Kakuma was initially opened, it had a maximum capacity of 70,000 residents. Since then, its population has risen to 185,500 registered refugees and asylum seekers from more than 20 different countries.

Getting an inside look and being able to hear firsthand the incredible stories of the individuals who now reside in the camp was a truly humbling experience. Many of the refugees were left with no choice but to cross national borders in search of asylum.

Getting to Kakuma isn’t easy. Once your visit is approved, you board a special UN commissioned flight from Nairobi to the hot and arid desert where the refugee camp is located.

I was invited to Kakuma by IsraAID, an Israel-based humanitarian aid agency that responds to emergency crises and engages in international development around the world. IsraAID has been operating in Kakuma since 2014, focusing on building local capacity to provide adequate medical care, improve community protection, increase access to daily necessities and improve overall living conditions. 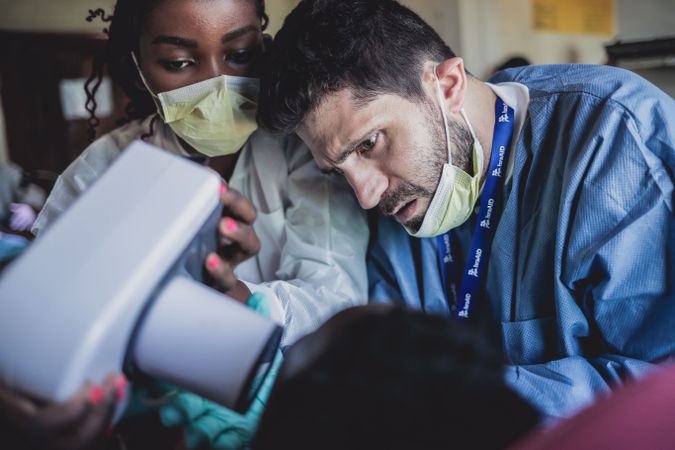 During the week of my visit, I met Dr. Lior Tamir, an Israeli-American dentist who together with a delegation of his colleagues had arrived in Kakuma to provide urgent dental care to the ever-growing population of refugees. For more than a year, Tamir has worked closely with IsraAID, transferring medical equipment to the camp and building an effective and efficient clinic under minimal conditions. With the assistance of local volunteers, assistants and the medical team that arrived with him, the delegation was able to provide care to hundreds of refugees who arrived from various emergency situations.

Covering IsraAID’s mobile dental clinic was inspiring, but I wanted to look beyond the humanitarian work. I wanted to get to know the humans of Kakuma. 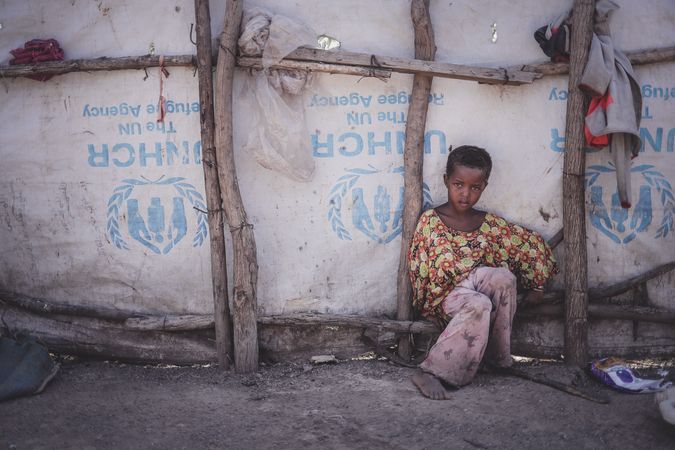 The camp itself is a melting pot of African culture, with individuals spanning from a whole host of East African countries including South Sudan, Burundi and DRC Congo. The atmosphere in camp felt like someone had seemingly plucked the entirety of East Africa and created a city encompassing each distinct culture; the beautiful faces and their intriguing languages.

I wanted to better understand the life of a refugee in Kakuma, and illustrate why anyone would come here in the first place. With this desire in mind, I walked around the camp and was pleasantly surprised by their openness in telling their stories. 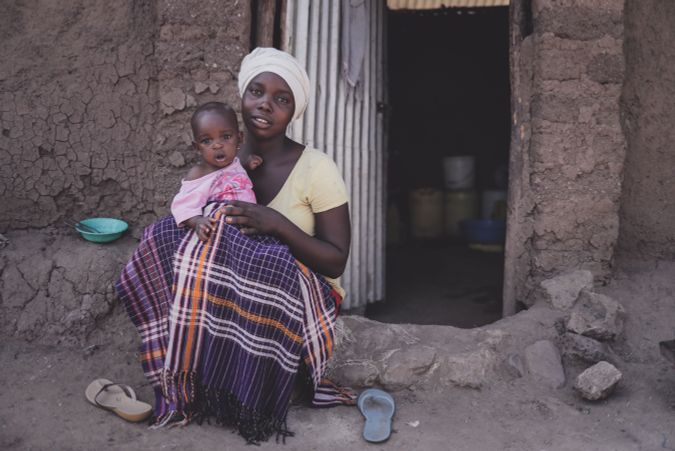 Anneta from Burundi arrived at the camp in 2014, together with her parents. They had fled the Burundian unrest after several years of inter-ethnic strife. Image by Lior Sperandeo

Anneta from Burundi arrived at the camp in 2014, together with her parents. They had fled the Burundian unrest after several years of inter-ethnic strife. Burundi has experienced continued political unrest stemming from the civil war where the ethnic divide between the Hutu and Tutsi ethnic groups resulted in years of violence. Now in Kakuma, and with a brief respite from the conflict, Anneta tells me warmly that she had just given birth to her child only 2 months ago. 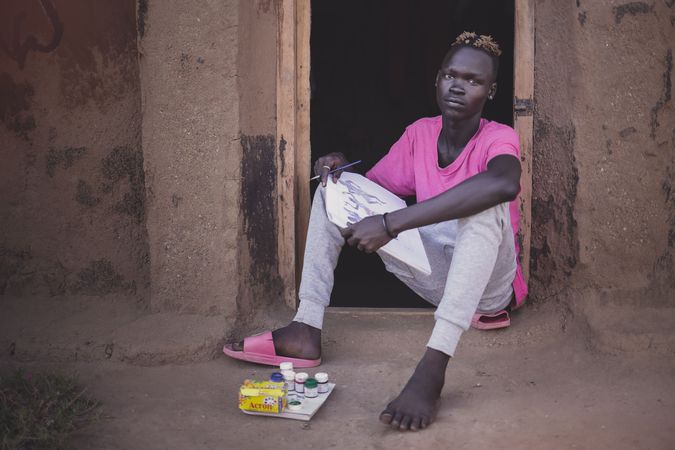 Tenda is an artist from South Sudan who arrived at the camp in 2013 with his brother. When the brutal South Sudanese civil war broke out, Tenda and his brother ran for their lives — surviving a treacherous 3 months walking to the Kenyan border. Image by Lior Sperandeo

Tenda is an artist from South Sudan who arrived at the camp in 2013 with his brother. When the brutal South Sudanese civil war broke out, Tenda and his brother ran for their lives — surviving a treacherous 3 months walking to the Kenyan border. Today, Tenda finds solace in his art, telling his inspiring story that acts as a reminder to the rest of the camp of how far they’ve come and the possibilities for a brighter future. 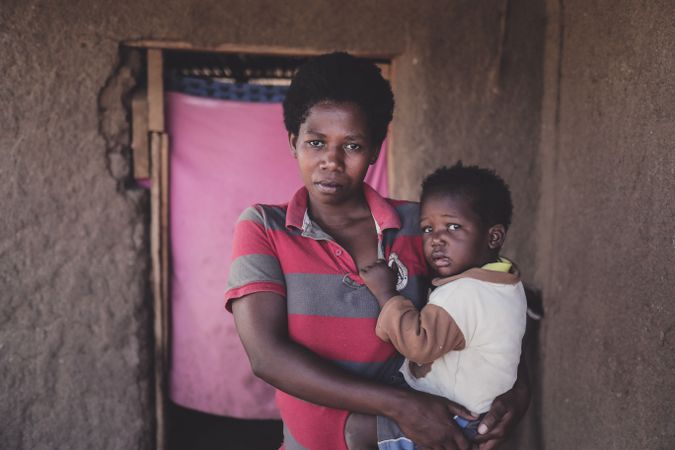 Shamafosa from the Congo had a story that shook me. She had risked her life to leave Uganda with her 3 children, crossing the dangerous waters of Lake Albert, one of the African Great Lakes. Image by Lior Sperandeo

Shamafosa from the Congo had a story that shook me. She had risked her life to leave Uganda with her 3 children, crossing the dangerous waters of Lake Albert, one of the African Great Lakes. In the process of fleeing, she had left her husband behind and for the months ensuing, Shamafosa believed he was dead. However, 3 months later, someone notified Shamafosa that her husband had been sighted at Kakuma. Making the arduous journey to Kakuma, they were eventually reunited where their familial bond continues to give them strength to this day.

The People of Kakuma had fled their homes — rife with fear and torn apart by conflict. Arriving at Kakuma, they have finally re-established a sense of community in the deserts of North Western Kenya. The camp has become their temporary place of rest, in hope that one day they will find a safe haven to live their life. In the midst of toxic political debates about immigration and refugees, this visit for me was a reminder that people are people and all we really want is a place to call home.

Lior Sperandeo is an Emmy Award nominated Cinematographer from Tel Aviv. He started his career as a News Cameraman covering Jerusalem & the Middle East, and later shifted to the documentary world. In his latest project “PeopleOf,” Lior highlights different human and social struggles around the world, creating a tool and voice for muted populations.