On The Anniversary Of Charlottesville, Don’t Forget That Nazis Hate More Than Just Jews 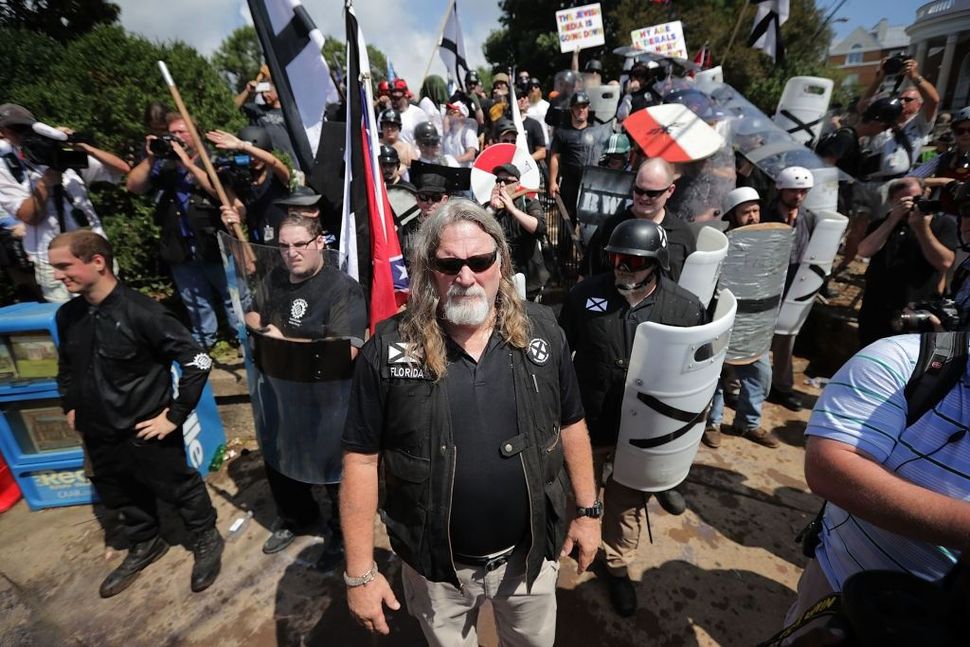 White nationalists, neo-Nazis and members of the ‘alt-right’ exchange insluts with counter-protesters as they attempt to guard the entrance to Emancipation Park during the ‘Unite the Right’ rally August 12, 2017 in Charlottesville, Virginia. Image by Getty Images 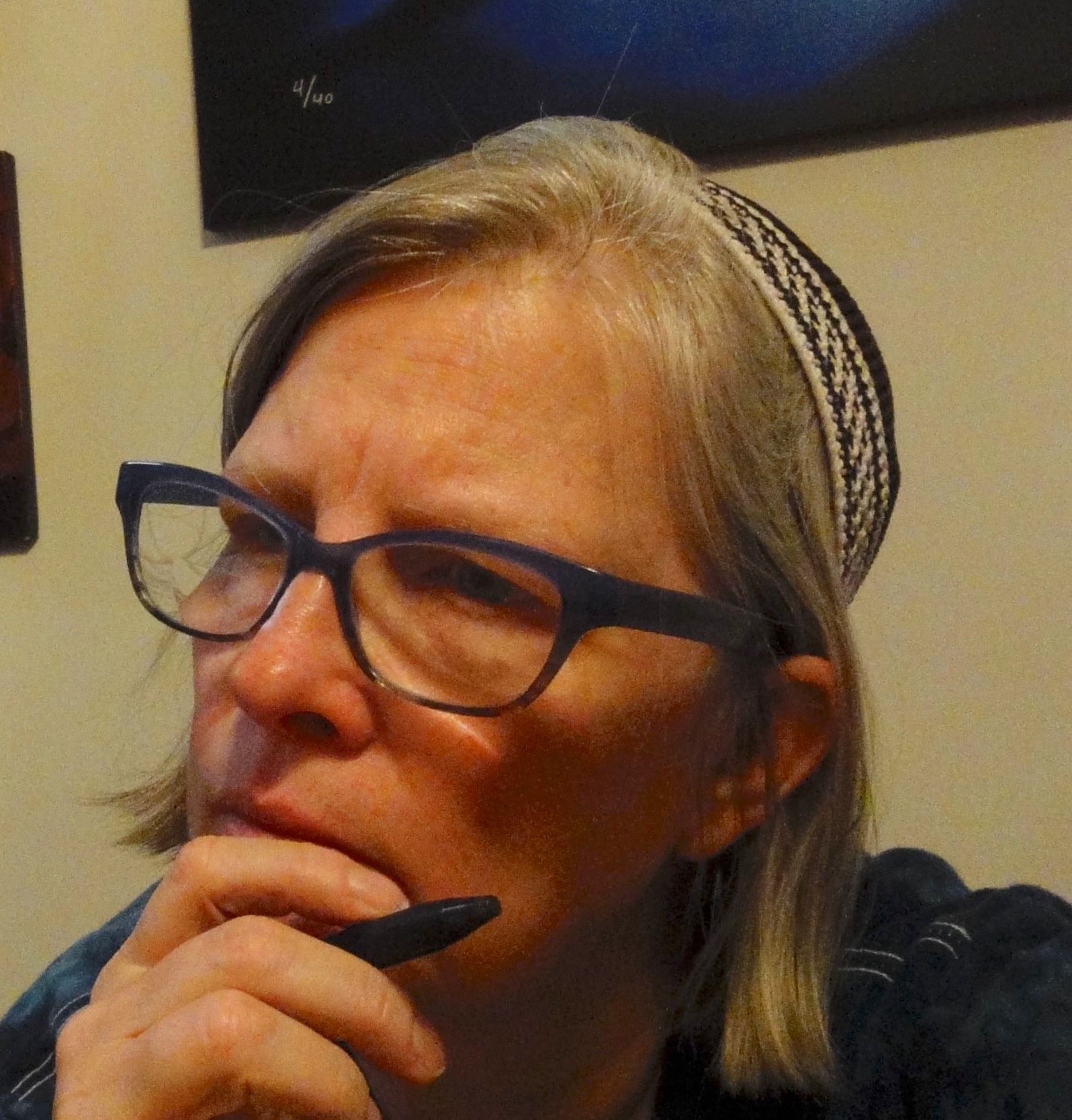 On August 6, the Anti-Defamation League and the Jewish Community Relations Council of Greater Washington issued a joint “Community Advisory” on upcoming protests in the District of Columbia. The advisory speaks of “the current rise in bigotry, racism, and anti-Semitism” and says “we must stand together and draw strength from our diversity in order to fight against it.” There is no indication, however, that ADL and JCRC are standing with — or even communicating with — the diverse coalition that has been working for months to engage together in the very fight ADL and JCRC say must be waged. In fact, the advisory mentions no contact with non-Jewish communities, in the District and beyond, for whom the “Unite the Right II” rally is life-threatening.

As a 30-year resident of the District, involved in many aspects of my community, I was disturbed to see that the Metropolitan Police Department is the only local institution mentioned in the advisory. As a political citizen, I am worried to see ADL and JCRC announce that they are “tracking the situation” involving counter-protesters, as though community and advocacy groups I support are part of the threat. As a Jew, I was saddened to see that the suggestions for “alternative unity-focused programs” are all in the Northwest quadrant (historically whiter and wealthier than other parts of town), all at synagogues, and include no local non-Jews from threatened communities; prayer and study within Jewish communities are important, but “unity” requires a different sort of effort.

It is not unusual for national organizations, even those headquartered here, to treat the District as a national entity, not a city with its own culture and concerns. It is also common for those who focus their work and daily lives on “Washington,” to disregard the needs of “DC” or “the District.” Still, it is disconcerting to see ADL and JCRC largely ignore the local context.

Meanwhile, in another August 6 statement, Truah: the Rabbinic Call for Human Rights addresses the upcoming Charlottesville anniversary without mentioning Washington, DC at all.

In their statement, Truah repeats its 2017 call, issued in advance of the first “Unite the Right” rally, for “our fellow Jews and people of all backgrounds to reach beyond the boundaries of their own communities.” The organization declares its support for Charlottesville’s refusal to permit this year’s White Supremacist rally. But they ignore the fact that a federal agency granted the permit they are applauding Charlottesville for refusing.

Truah “will be in Charlottesville again this year, standing with them and other minority communities and communities of color targeted by white supremacist words and deeds,” their August 6 statement reads. But my town, where the anniversary White Supremacist rally is actually scheduled to take place, is not even mentioned.

Moreover, to the best of my knowledge, Bend the Arc — #WeveSeenThisBefore notwithstanding — has been entirely silent on the Charlottesville anniversary.

To a District resident, this seems like gaslighting from several sources. However, it’s not just an issue for those of us in DC. Life in the nation’s capital is complicated in some unique ways, but the abandonment by Jewish organizations of a multicultural city, filled with populations threatened by the “Unite the Right” rally and all it represents, is a challenge for Jews around the nation.

It is not surprising that JCRC and ADL should focus on Jewish concerns. Nevertheless, the choice to focus their joint “Community Advisory” solely on the Jewish community and not on others threatened by White Supremacists is one more step in distancing the area’s Jewish communities from others, particularly its black communities.

The approach to August 11-12 has been an opportunity for Jews and other communities attacked by White Supremacists to join together. Some Jewish organizations, including local chapters of Jewish Voice for Peace and If Not Now, have joined the Shut It Down DC coalition in solidarity with Black, indigenous, Muslim, LGBTQ+, Latinx, Asian, disabled and many other DC communities. Mainstream Jewish institutions like JCRC and ADL, however, have failed the call.The retreat into Jewish space, amidst calls for security in those spaces, leaves LGBTQ neighbors, immigrants, and black and brown people to fend for themselves.

In addition, calls for Jewish security raise questions that Jews around the country must consider carefully. It’s important to note, as an example for Jews everywhere to ponder, that the DC area “Community Advisory” declares that ADL and JCRC are working closely with local police, encourages institutions to review their security procedures, and asks people to notify the police if “anyone acts in a threatening or suspicious manner or uses violence.”

The assumption that police will protect and not harass, or even kill, members of your community is an immense privilege not available to many in the District or elsewhere. Many Jews have been protesting ICE or calling for its abolition. But few seem to consider the contradiction of protesting ICE while relying on local police, who regularly cooperate with ICE. Truah, some local Jewish organizations and individual Jews have likewise stood in solidarity with Black Lives Matter. But how many consider what it might mean, especially for black and brown neighbors — including members of Jewish communities — to then rely on police protection if “anyone acts in a threatening or suspicious manner”?

Rosh Hodesh Elul, when Jews worldwide listen to the sound of the shofar calling them to reflection and a better new year, begins on August 12. Perhaps we have missed some opportunities to unite with non-Jewish neighbors in opposing White Supremacy in our midst. But there is still time to consider what kind of neighbors we will be in 5779.

Virginia Avniel Spatz lives, writes, and works on community building in DC. She helps manage the Charnice Milton Community Bookstore in Anacostia, is active in several Jewish congregations and blogs on Jewish topics at songeveryday.org. Follow her on twitter @DCSpatz

On The Anniversary Of Charlottesville, Don’t Forget That Nazis Hate More Than Just Jews