A Year After Hurricane Harvey, The Houston Jewish Community Still Needs Our Help 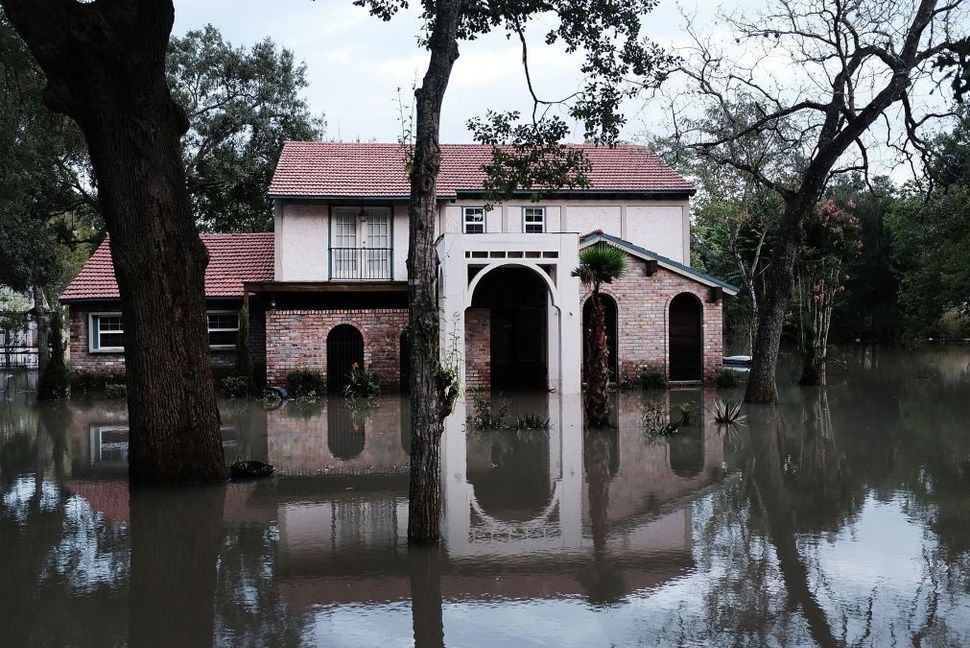 Homes remain flooded as Texas moved toward recovery from the devastation of Hurricane Harvey on September 4, 2017 in Houston, Texas. Image by Getty Images 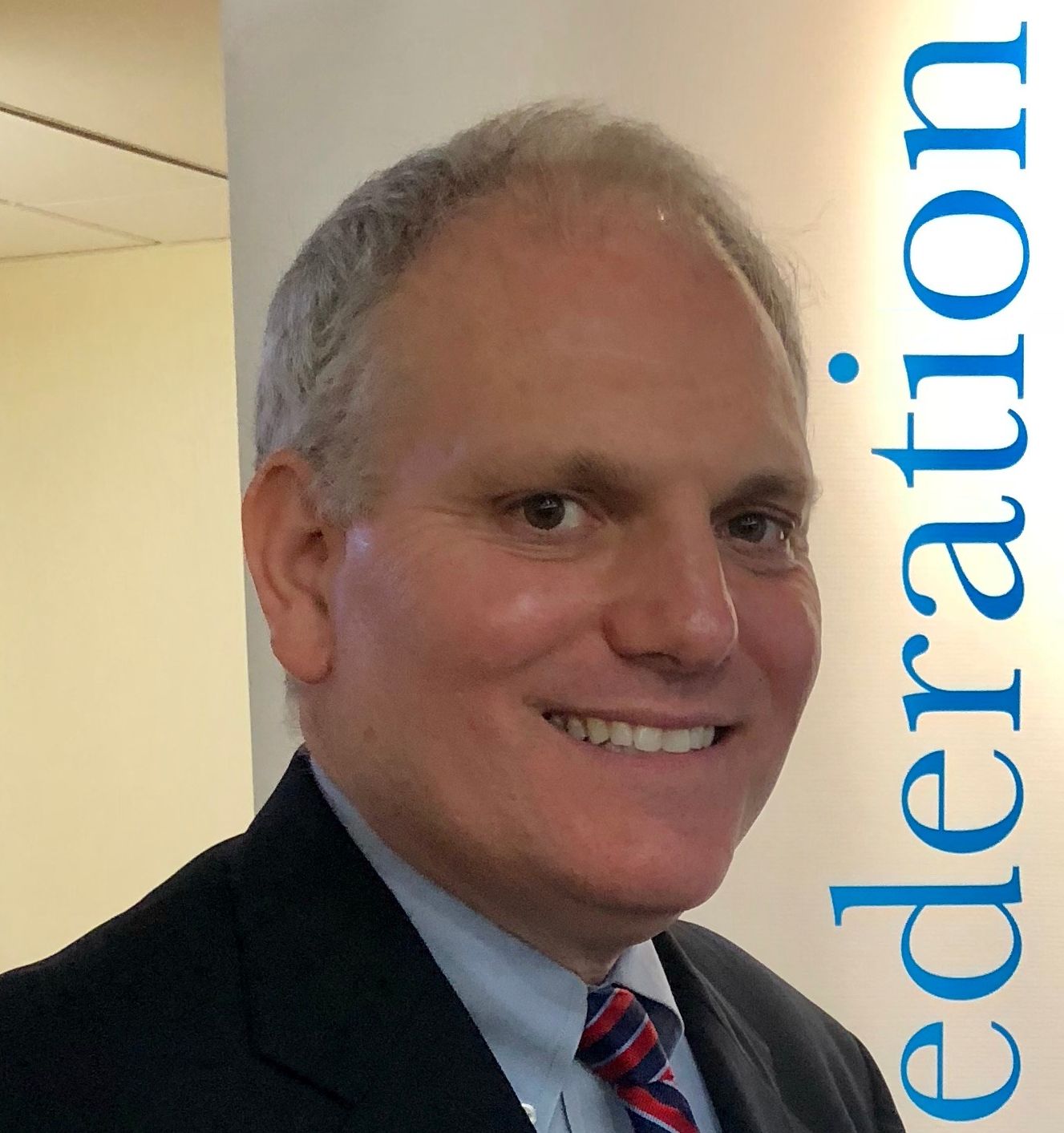 This August marks the one-year anniversary of Hurricane Harvey, and it is amazing to see how far the Jewish community in Houston has come, thanks to its resiliency and the support offered by Federations and Jews worldwide. However, challenges continue to arise, and many miles remain on the road toward recovery.

In addition to supporting vibrant Jewish communities worldwide, Jewish Federations of North America’s Emergency Committee offers a safety net in the event of a crisis. Our protocols on disaster preparedness and emergency response ensure we reach out to a community before a crisis, which enables us the greatest opportunity to assist afterwards.

To that end, we were in touch with the local Houston community before Hurricane Harvey hit to ensure they were well prepared, and we stayed in contact as much as possible through the course. But no one could have anticipated the level of havoc that this historic storm ended up wreaking on the city, and particularly its Jewish community.

Literally as the airports were reopening, experienced senior Federation professionals from across our Jewish Federation movement traveled to Houston to help. I was a part of the first team which arrived, together with colleagues from New York and Los Angeles Federations. As we drove in from Austin, much of the city was still flooded and had no electricity; many roads were still closed. Touring the impacted communities and destroyed Jewish institutions was heartbreaking.

It was clear that relief work needed to begin immediately. Working closely with the Houston Federation, we started developing an emergency response plan, mapping out the community’s needs, and launched a fundraising effort that ultimately generated more than $22 million to help the community recover. National teams of JFNA and local Federation professionals, including several who had experience from Hurricane Katrina and Superstorm Sandy, traveled to Houston over the four weeks after the flood to support the community in building its emergency response plan and capacity.

From the first day post-flood, the Houston Federation was able to mobilize quickly to set up an emergency supply and food drop off and distribution site and create a respite program for children from families whose homes were flooded. Empowering and resourcing the Jewish Family Service to provide cash assistance and counseling to affected families followed quickly, along with assistance to flooded synagogues to reposition High Holiday services and flooded institutions to find alternative spaces for programs. Scholarships were also created to ensure that children from flooded families could continue participating in Jewish educational programming.

It was incredibly moving to witness how Houston’s Jewish community rallied together in the midst of this emergency. And the Jewish community didn’t just show up for fellow Jews in need, but for Houstonians throughout the city. People with access to goods and resources did not hesitate to donate them to their neighbors.

We often say that our community rallies when there is a need, but to watch it in action is always moving and inspiring. Over 12,000 worldwide donors stepped up to help Houston.

This strong response fulfilled the Jewish mandate of Tikkun Olam, but was also a testament to how the Jewish Federation of Greater Houston has always been there for other communities in their own times of need. Now, it was the Houston Federation’s turn to be on the receiving end.

One of the very first Federations to donate to Houston in a substantial way post-Harvey was the Jewish Federation of Greater New Orleans, which years earlier had received substantial support from Houston and the Federation system in the wake of Hurricane Katrina. Thousands of New Orleans’ residents sought refuge in Houston and wanted to be forefront in the effort to return the good deed.

Strong support also came from Israel directly, with an unprecedented $1 million gift from the Government of Israel to Houston to aid with recovery efforts. In addition, organizations supported by Federations, including IsraAID and NECHAMA, arrived to assist.

A big part of the story of the Houston Federation’s leadership in the face of this crisis came from board leadership and volunteers who stepped up their efforts to rise to the moment – and from two great professional leaders. Hurricane Harvey hit just before the planned retirement of long-time CEO Lee Wunsch, a thirty-year Federation veteran. Lee was succeeded in November, less than three months after the hurricane, by new CEO Avital Ingber. Though in a period of transition when the storm hit, the two leaders collaborated seamlessly and brought together the best of each of their skillsets and relationships to drive Houston forward.

All of this just goes to show that the Jewish community – in North America and around world – always digs deeper and goes further to ensure we are there to support each other in times of crisis.

However, what many do not realize is that one year later, the suffering that plagued Houston is not over. Life is still incredibly challenging for much of the city’s Jewish community. The future of several Jewish institutions remains unclear, and many families are still displaced and fighting to get back to the lives they had before Harvey. We know from other such situations like Katrina and Sandy that for the most severely impacted families, the path to recovery can take five years or longer.

Adding to their trauma is the fact that many of these victims have now flooded more than once amidst the three major floods Houston has experience in recent years. For these families, having to rebuild again is truly heartbreaking and challenging.

The aftermath of this devastating storm has left the future of Houston’s Jewish community uncertain. We, the Jewish collective, still must do our part to help rebuild and sustain Jewish life in the fourth largest city in the United States.

Houston’s 56,000-member Jewish community is resilient and proud. As they look to the future, we must continue to stand with them and to ensure that the city maintains a vibrant Jewish community for generations to come.

William Daroff is senior vice president for public policy and director of the Washington office at The Jewish Federations of North America.

A Year After Hurricane Harvey, The Houston Jewish Community Still Needs Our Help