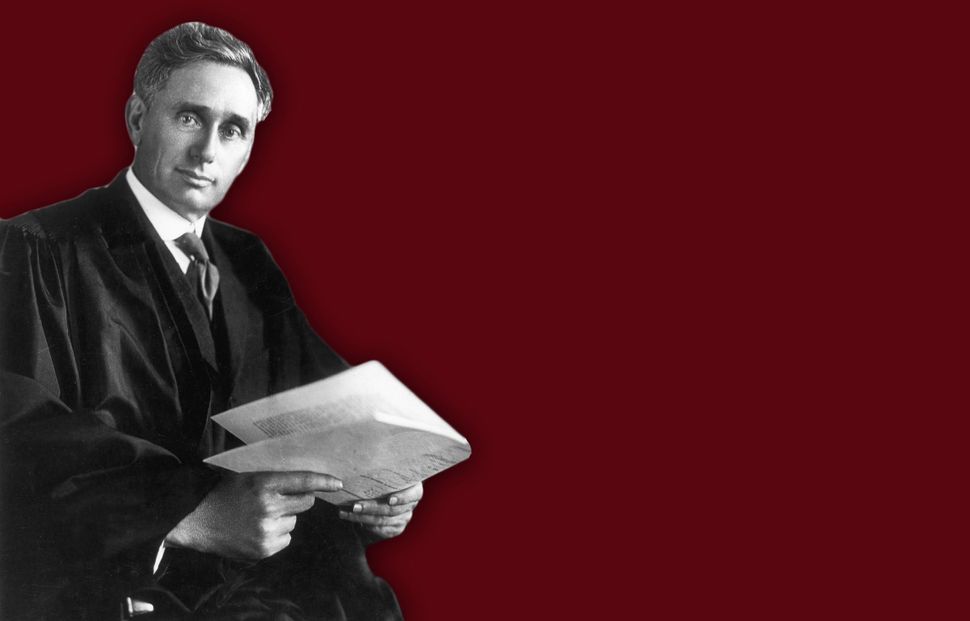 77 years ago today, Justice Louis Brandeis died. In his monumentally consequential life and career, Brandeis proved to be one of the most gifted and precocious jurists to ever sit on the Supreme Court of the United States. A relentless pursuer of justice, Brandeis threw away the image of a judge as fettered to the letter of the law. Rather, it was his desire to serve the public good — and enhance access to justice for all citizens — that remains central to Brandeis’ contribution to American jurisprudence.

Given the remarkable coincidence of the date of his passing and due to the degradation and threat of the integrity of the Supreme Court this nation currently faces, it might be worth reflecting briefly on Brandeis’ legacy. It is likely that today, after weeks of intense scrutiny and partisan wrangling, the Court will add a new member to its ranks, a member whose demeanor strikes the opposite emotional and intellectual tone of Brandeis.

During these last several weeks, as this nation seems to be splitting more and more into partisan fiefdoms over the potential ascension of an alleged sexual assaulter to a seat on the High Court, I thought about the words and deeds of Brandeis. What a juxtaposition. In his 2009 biography, Professor Melvin I. Urofsky described Brandeis as the ultimate “idealistic pragmatist,” a man who saw the future as one pitting the interests of the few against the welfare of the whole. In this branch of legal ethics, there is no virtue in protecting the most powerful. And in his legal thought and contributions to the literature, Brandeis was a man who, time and time again, used his influential position to preserve the dignity of the downtrodden against the Goliaths of big business and intrusive government.

His temperament, intellect, and capacity for empathy is the type we should seek to replicate on the Court. If only such a person was being appointed today. It is painful that the American people are not being afforded this honor today.

Born of German-Jewish immigrant parents, Brandeis was the first Jew to be nominated and confirmed to the Supreme Court by President Woodrow Wilson. An advocate in his life before, and continuing through his tenure on the Court, Brandeis was a tireless proponent of social welfare and a promoter of the notion that the law as the great equalizer. Brandeis understood that secular institutions such as the courts could secure the liberty of the people and that it was incumbent on citizens — all citizens — to guard their freedom, their property, and their lives they chose to lead. He was an innovator who combined sociological data with legal argument, a document that is now known as a “Brandeis Brief. And like the present moment, Brandeis’ nomination spurred vituperative opposition, though this was not by the nature of his legal opinions but due to the nature of his ethnic heritage.

Today, let us not forget the words of Brandeis, words that seem so prescient and yet so damning to the contemporary moment. In his groundbreaking dissent in Olmstead v. United States, Brandeis wrote that if: “Our government… teaches the whole people by its example. If the government becomes the lawbreaker, it breeds contempt for law…” Have truer words ever been uttered about the downfall of government decency? Contempt for the letter of the law is contempt for the spirit of the law. And as we are witnessing, the deprivation of honesty is a step backwards for a healthy, flourishing, progressive democracy.

Today will surely be a challenging day for many people across this great nation. I lament the decline of decency in an institution that demands its members be impartial, stoic, and rational. Perhaps, one day, another judge will ascend to the High Court with the intellectual rigor and the socially-minded heart of a Louis Brandeis and other great justices who currently serve on the court. But today is not that day. Yet, we can’t give up hope. We mustn’t give up hope. Because, while today will be difficult, today will also be a clarion call for empathy, compassion, and justice. These are the values we seek to make manifest in all facets of our lives.

In an era of myopia, Brandeis was determined to be a long-range thinker. May we emulate that trait. May we continue to advocate for the highest intellectual and moral standards for this prestigious court

Let us be the “practical idealists” yearning for a better and brighter tomorrow. It starts with us.