My Recipe For Healing In Squirrel Hill 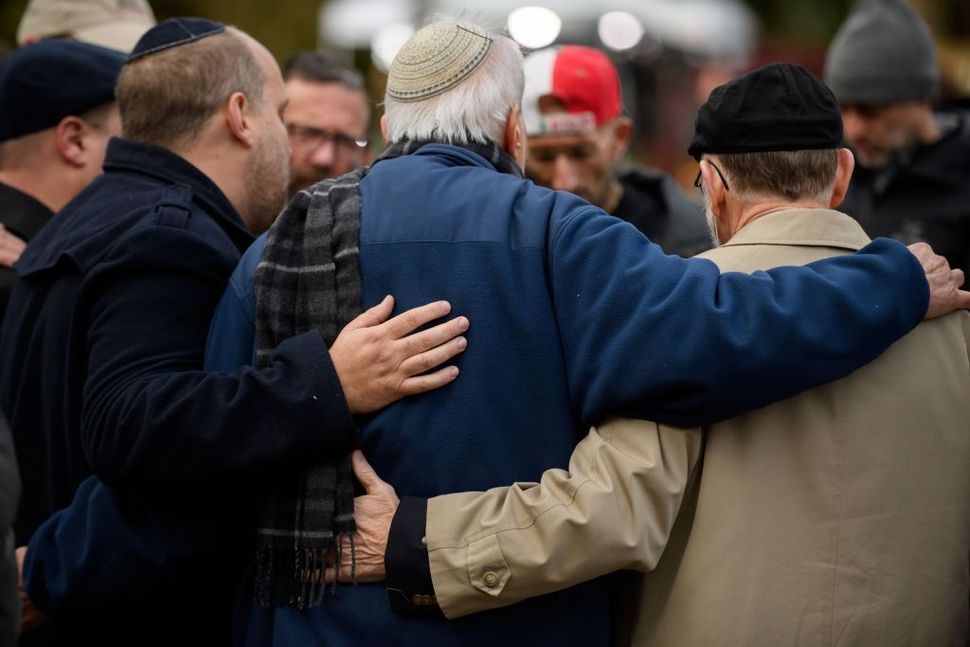 People pray together in front of at a memorial for victims of the mass shooting that killed 11 people and wounded 6 at the Tree Of Life Synagogue on October 29, 2018 in Pittsburgh, Pennsylvania. Eleven people were killed and six more wounded in the mass shooting that police say was fueled by antisemitism. Image by Getty Images 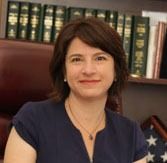 I don’t know why, as a country, we expect our political leaders to provide comfort when the world is in chaos. As a state senator, I know my constituents usually want me to use my position to ensure their voices are heard. Traditionally, we have looked to the president to provide words that unify us in our most heartbreaking moments as a nation. Until now. Now, we have a president who stirs the pot of hatred, xenophobia and anti-Semitism, who views people of color and Muslims and Jews as “others” to ridicule, blame and defile.

I have had a very difficult time gathering my thoughts since the slaughter of 11 Jewish people in Pittsburgh, and yet as one of only five Jewish members of the Rhode Island General Assembly, I feel an obligation to speak, because I want something to drown out the hate. I am filled with grief because the loss of one Jewish life is a loss for our whole community. I’m filled with rage because I know this wasn’t the act of one delusional person; it fits right into the narrative of hate and oppression spewed by our president.

I am also the product of my upbringing: I’m named after my great aunt and uncle who were murdered along with 6 million others in the Holocaust; during my early childhood in Montreal, I was surrounded by Eastern European Jews whose memories were too awful to speak out loud. I spent the rest of my childhood growing up in Georgia at a time when the Jewish community still held temple bombings in their collective memories and where people would yell, “the South will rise again” at public events. I prayed in a synagogue guarded by armed police officers. I learned very young that the stories of persecution told in the Torah were not ancient, they were merely the beginning of current events.

All I know is what Judaism has taught me:

It is our job to repair the world. We may not be able to repair all of it, but we must try to heal some of it. We as a people have been persecuted, ostracized and blamed for centuries — and it has not hardened our collective hearts. Instead, we continue to see ourselves in the refugees fleeing their own home countries, in the homeless in the US who are being starved by our own systems of oppression, in our brothers and sisters of other colors and religions for whom patriarchy and racism have made life more difficult and more dangerous, and we persevere. And we will all make this world whole, together.

The words of politicians, even if they strike the right tone, are no longer enough. We need action. We need Republicans to denounce the leader of their party. We need elected officials to be brave and stand up for our democracy. We need politicians who remember a stranger is not to be feared. We need people to gather together and hold their elected officials accountable. We must stop enabling hate by turning a blind eye to it. We need to vote.

On Saturday evening, I went to my synagogue to pray. I wanted to say the words of the mourner’s kaddish among my own community. This prayer is said not only to honor the dead, but also to remind us that we should always continue to find hope in the future:

Oseh shalom bimromav, Hu yaaseh shalom aleinu, v’al kol Yisrael. May the One who creates harmony on high, bring peace to us and to all Israel. To which we respond: Amen.

Senator Gayle Goldin represents District 3 in Providence, Rhode Island. First elected to the state senate in 2012, she serves as the vice chair of Health and Human Services and is a member of the Labor committee. A grandchild of Eastern European immigrants, she was born in Montreal and immigrated to Atlanta as a child with her sisters and parents. She lives on the East Side of Providence with her husband and two teenage sons. She’s a former board member of Temple Emanu-el in Rhode Island. She strives to make Rhode Island a more inclusive and equitable community.

My Recipe For Healing In Squirrel Hill