An Expert Shares 11 Security Tips For Synagogues After Pittsburgh 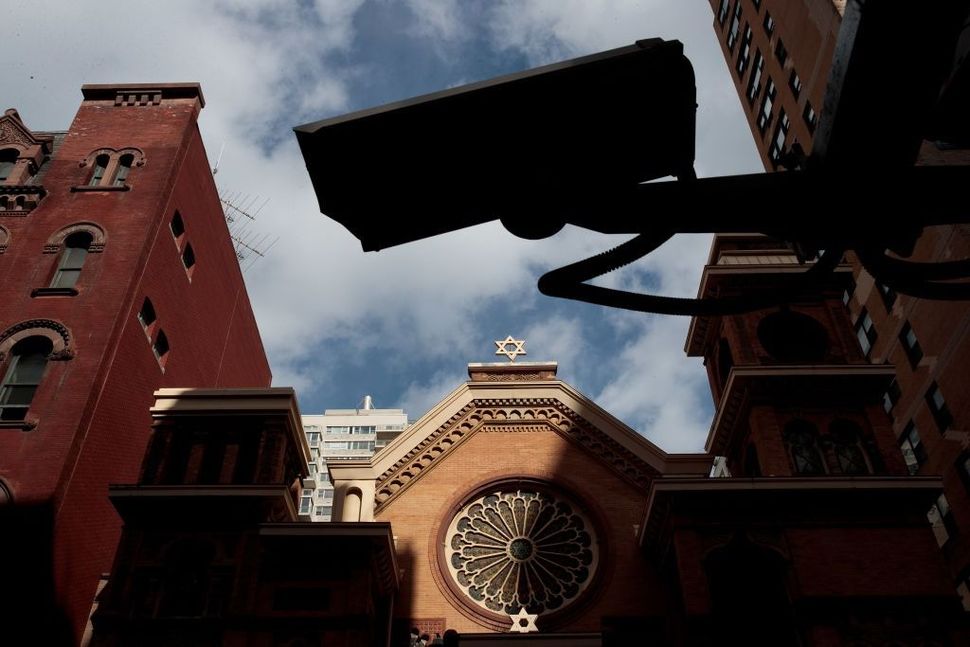 A Security camera hangs across the street from the Park East Synagogue, March 3, 2017 in New York City. Earlier on Friday morning in St. Louis, Federal Bureau of Investigation (FBI) authorities arrested Juan Thompson, who is alleged to have recently made numerous threats against Jewish community centers, Jewish schools, a Jewish museum and the Anti-Defamation League. Image by Getty Images 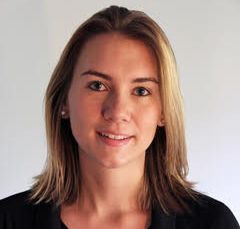 Eleven people were tragically killed last month in Pittsburgh when a gunman attacked the Tree of Life Synagogue in an apparent anti-Semitic hate crime. Reports indicate that the synagogue had created a security plan and had practiced active-shooter drills, yet Tree of Life had its doors open during Saturday’s Shabbat service.

This is an extremely common practice for religious facilities because congregations want everyone to feel welcome. It’s illogical to require physical keys or to keep the doors locked at all times for most faith-based organizations; people don’t expect to feel unsafe or to have their security compromised during prayer services.

But, unfortunately, places of worship have become targets in our increasingly polarized world. The access control company where I work has many synagogues and faith-based facilities as clients — after consulting with them for the past six years, I want to share what we’ve learned about the specific access and security issues that synagogues should consider. These are some practices that work for their facilities and actionable steps that can enhance the safety of your synagogue, too.

Many synagogues are open 24/7, providing all-day access hours to certain buildings. In addition, they often welcome large groups of people for weddings, bar mitzvahs and Shabbat services — requiring extra precautions during peak times. Additionally, it can feel overwhelming to consider security measures, as a nonprofit, due to financial constraints.

Here are some safety precautions that temples and synagogues, with high or low security budgets, can take to protect their congregations:

Strike the balance between preparedness and paranoia

The Tree of Life synagogue shooting is the deadliest attack on the Jewish community in our country’s history, according to the Anti-Defamation League. It’s unthinkable, but it has forced the conversation of security in American synagogues.

Conducting this discussion in a way that doesn’t scare your congregation is extremely important.

One synagogue I spoke to said this can be as simple as the rabbi saying, “Greet somebody that you don’t know when you’re walking into service.” Urging your congregation to pay attention, to look around, and to trust that they can report any suspicious person — and that they know who to report to — is extremely valuable.

Use technology where it’s prudent.

Times are changing for places of worship, but advances in technology can keep them safe. Considering the hidden threats while keeping the space accessible to everyone should be a key factor in your synagogue’s safety strategy.

Security plans should be a part of the security policy and are meant to help people behave safely when an issue arises; however, a security strategy isn’t only a plan of action. It must have physical components — doors that close and lock — and, ideally, it should have an access system that allows you to schedule when to keep doors locked and unlocked. You should have policies and procedures that people know about and practice, as well as an overall security plan that is well documented. Staff must know how to respond and the congregation must know what safety procedures are relevant to them.

Take advantage of the physical security you already have.

Your building, more than likely, already has doors equipped with latches or locks. No matter how many doors you have, only one should be appointed as an entrance, while the others should function as exits that lock from the outside. Criminals can defeat an expensive security system when it’s operated incorrectly, and then, the entire technology you put in place can become worthless; make sure you use locks effectively, secure your doors with improved locks and enforce rules about what is and isn’t acceptable. For organizations with low budgets, an attended door with a proper lock can be used to allow latecomers into services.

CCTV systems are a convenient monitoring option because they enable staff to oversee all areas and respond instantly by giving a command via a central dashboard. They work hand in hand with access control systems and alarms to visually monitor access to the building. Security cameras do not need to be expensive. Daniel Latshaw, a security consultant in New York, outfits faith-based organizations with security technology. He experienced old-fashioned, poor quality, analog cameras that would often fail. He began converting his clients to POE systems, instead. These are systems that provide power and network connection to IP cameras.

“We’ve been using cameras you can get on Amazon for under $100 each. They don’t require a separate 24-volt power supply either,” Latshaw said. “You can use any computer with a POE switch and inexpensive software that’s free and open source, like Blue Iris or Lennox.”

This eliminates the costs of expensive software and allows synagogues to put that money into purchasing more cameras.

“The security cameras seem to be a very cost-effective way to deter crime,” Latshaw says. “Extending the cameras for significant coverage of an area has made people less likely to commit a crime.”

Design a plan to cooperate with local law enforcement.

Ask local law enforcement to join large-scale gatherings and enforce an Incident Response Plan so that they can help you tackle serious incidents. In general, try to build a positive relationship with the local police department — whether that means inviting over the chief or a staffing sergeant for a service or a tour of the building. If there’s an emergency it’s better if they’ve been in the building before than for them to navigate around for the first time when there’s a problem. Synagogues can also make plans with their local police units about steps to take for an active shooter scenario.

In a special educational section of your security policy, explain the role of each leader and hold them accountable. You should appoint a security staff, which can be volunteer based. Appointing a chair who has established trust and communication with the community is important; for example, one security chair I interviewed had been part of his temple’s congregation for 10 years and had sent two children through preschool and religious school there. If your security director is hired from the outside, he said, it might take people a while to get comfortable with them.

Not every congregation has someone willing or qualified to lead a security team. That’s why engaging the congregation with open discussions and security training is important.

Engage the community while leaving most of the responsibility on the staff.

Whether you use hired guards or volunteer guards it’s important to have a reporting policy — if you see something say something. If your temple has four video cameras, they still won’t be as effective as the dozens of pairs of eyes you’ll have once you’ve enlisted the congregation to be aware of their surroundings. Even if your guards are police officers, they won’t necessarily know the subtleties of your congregation or what’s normal and not normal for a particular synagogue.

Engaging the community can come in the form of open discussions and protocol emergency drills a few times per year, which will make the response more effective in a real-life emergency.

Apply for a security site visit.

Many faith-based organizations, in order to gain funding or grants from organizations, require a security site visit. For example, the Tree of Life synagogue applied for a Department of Homeland Security grant, the New York Post reported. Other nonprofits, if they have the funds available, can apply for similar preventative measures to understand the weak points of their space.

Many religious organizations opt to practice active shooter scenarios, similar to methods practiced at schools nationwide. For example, Church Mutual and many other organizations, like the Department of Homeland Security, provide a webinar series, preparedness workshops and free online resources for leaders to prepare themselves for active shooter emergencies.

It’s vital to include staff in your security procedures because they have authority and influence, due to the role they play in the community; they can motivate congregants to cooperate in sensitive situations and make them feel comfortable enough to report suspicious activity.

Staff are at the facility more often than congregants, and therefore, they’re more often at risk if doors are propped open or security protocol isn’t followed. The most important task is prepping the staff, since they’re there at your building every day and need to know what to do.

Many synagogues have a religious school on-site, where the students have all gone through emergency, natural disaster and active shooter training at school; this training must extend to the temple staff as well.

Make sure those who are in the building most often know the well-documented security protocol; for example, that they have the phone number to the local police department programmed on their cell phone. If you dial 911 from a cell phone, you will get routed to state police, who then have to dispatch you to local police, adding extra time before police can respond in an emergency.

An Expert Shares 11 Security Tips For Synagogues After Pittsburgh