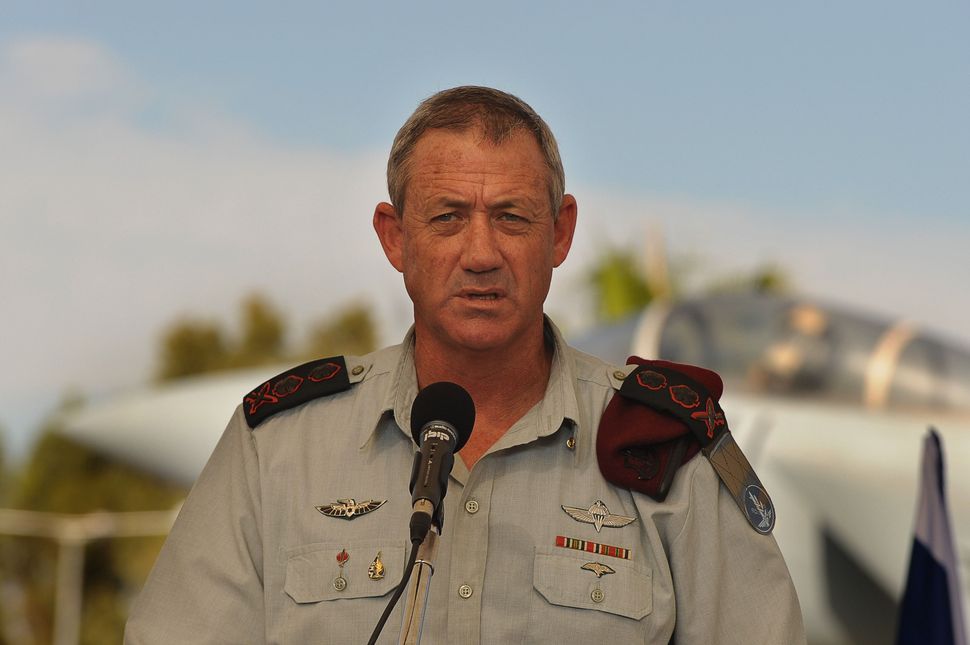 Chief of General Staff Benny Gantz speaks to the press after meeting released Israeli soldier Gilad Shalit on October 18, 2011 in Tel Nof Air Base, Israel. Shalit was freed after being held captive for five years in Gaza by Hamas militants, in a deal which saw Israel releasing more than 1,000 Palestinian prisoners. Image by Getty Images 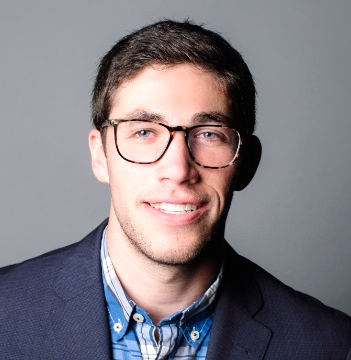 Despite multiple corruption scandals, Israeli Prime Minister Benjamin Netanyahu retains significant public support and still has the best chance of any candidate to keep his position when the next Israeli elections roll around.

But a new political player is rising in the polls: Benny Gantz, former chief of staff of the Israeli Defense Forces.

Over 130 founding members have agreed to join Gantz’s nascent political party, which is predicted to win at least a dozen seats in the next elections, and Gantz could provide a serious challenge to the incumbent.

A recent Israel Democracy Institute survey shows that 39% of Israelis would support Gantz as prime minister (compared to 46% for Netanyahu).

The Israeli political scene is currently dominated by a variety of players who put their own personal self interest ahead of their constituents’ needs: During the recent round of fighting in Gaza, now-former Defense Minister Avigdor Liberman feuded publicly with Education and Diaspora Affairs Minister Naftali Bennett over the ferocity of Israel’s military response, each vying for the title of most hawkish, despite the Israeli military advocating moderation and many Gaza border residents pushing for an easing of restrictions in order to reduce tensions.

Netanyahu does whatever he can to keep himself in office, extending his political career a day at a time.

But given Gantz’s record of pragmatic leadership, he could provide an alternative to the current slide toward illiberal policies within Israel and stagnation on the Palestinian front.

The former chief of staff is hardly without his critics, especially after the 2014 Gaza war, during which time he ran the IDF.

But his record is not marred by the same kinds of scandals that plague Netanyahu’s career or the shameless pandering that has become a trademark of so many other politicians’ behavior. 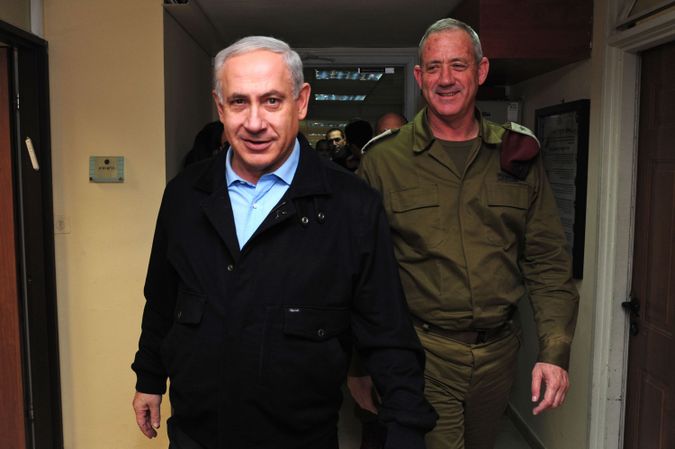 If Gantz is elected, it is safe to expect he will eschew the kinds of selfish considerations which have often informed Israeli decisionmaking in the past few years.

But how would he fare on the challenge of the conflict?

Netanyahu initially endorsed two states in his famous 2009 Bar-Ilan speech. But since then, he has retreated from this responsibility, increasingly avoiding the term “two states” and embracing a host of euphemisms for a disastrous single state outcome, all with the aim of avoiding the most difficult question in Israeli politics.

Gantz has yet to explicitly advocate for two states. However, having only retired from military service in 2015, this is not totally unreasonable, and he has signaled his interest in being more proactive vis-a-vis the Palestinians.

In November 2015, Gantz suggested that because Israel is strong, it should pursue diplomatic progress with the Palestinians.

His association with the Israeli Labor Party and the Zionist Union also signal that he sits on the center-left of Israeli politics, the camp most actively supportive of a two-state solution.

Gantz, after all, is a member of the security establishment. Though his precise views cannot be assumed, it is worth noting that an overwhelming majority of retired Israeli generals believe in the principle of two states. Gantz hasn’t shown interest in deviating from this near-consensus, even if he has remained far enough from the public eye to avoid explicitly embracing it.

High-ranking officers were once mainstays of Israeli politics. Perhaps most famously, Yitzhak Rabin and Ehud Barak served as chief of staff of the IDF before taking on the mantle of prime minister. Politicians with storied military careers, including Netanyahu, can inspire confidence in the Israeli public and have proven more willing to take risks to ensure Israel’s long term security.

A new leader is needed to take decisive, independent action on the Palestinian front and remove Israel from the moral quagmire it is heading toward.

Benny Gantz’s potential entry into the upcoming Knesset race offers a unique opportunity for advocates of a pragmatic approach to Israeli politics and the Palestinian question to find a new champion for their cause.

Jonathan Kamel is the Chair of IPF Atid Chicago, Israel Policy Forum’s young professionals network. He currently works at Teads, a global media platform that powers full funnel advertising for the world’s largest brands. He is pursuing a Master’s Degree in Integrated Marketing and Communications from Northwestern University and was a recipient of JUF Chicago’s 36 under 36 award in 2017.