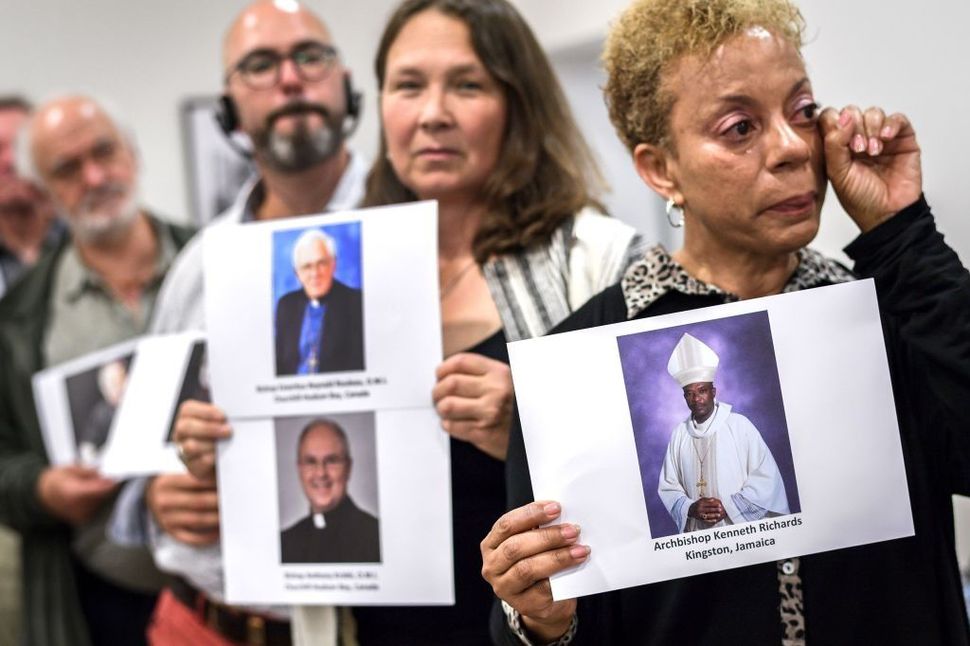 Survivors and activists of Ending Clergy Abuse (ECA), a new international organization against the child sexual abuse in the Catholic Church pose with pictures of clergy members during a press conference on June 7, 2018 in Geneva. - Ending Clergy Abuse aims to challenge the Catholic Church to punish bishops implicated on child sexual abuse and cover up around the globe. Image by Getty Images 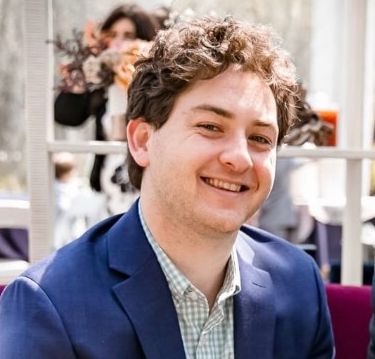 In fewer than 6 months, God willing, I will be ordained as an Orthodox rabbi. I am becoming a rabbi because I believe that rabbis play an important role in empowering and building strong Jewish communities.

It is for this reason that I am ashamed and angry when rabbis of my denomination undermine that mission by remaining silent on the Child Victims Act: Legislation that would significantly raise the statute of limitations on criminal and civil recourse for childhood sexual abuse and create a one-year lookback window to allow those who have been previously excluded to pursue their cases.

The fact that sexual abuse occurs within the Orthodox community is not news. The fact that some Orthodox rabbis cover up abuse, sadly, is also not news. What is disheartening, however, is Orthodox institutions who resist pursuing justice for victims and exposing abusers.

For the past 13 years, the Child Victims Act has been trapped in the New York State Legislature. Under Republican and Democratic leadership alike, the CVA has yet to become law. Why? Perhaps giving survivors a voice is not a priority for politicians. But there are also vocal opponents working against its passage.

The primary opponents of the CVA are the Catholic Church, the Boy Scouts of America and the Orthodox organization Agudath Israel of America. All three are institutions who have struggled with child abuse issues in the past. And all three institutions have spent thousands of dollars lobbying against the Child Victims Act.

While many Orthodox and non-Orthodox rabbis publicly support the CVA, the Agudath and Church lobbyists have made stopping this bill a priority. They set up meetings with state Senators in Albany and in-district. They made it clear that if an elected official votes for the CVA, they will lose support.

In New York, if a child is sexually abused, he or she only has until age 23 to seek any criminal or civil recourse. This is one of the shortest statutes of limitations in the country.

It can take years, even decades, for a survivor to come forward and face the intense communal backlash and personal emotional pain. By then, it is often too late for any legal recourse. Perpetrators of child abuse often walk free due to a system that actively discourages people from coming forward.

I am becoming a rabbi because I want all people in our community to find their voices and realize the power that they have when they join together and speak up. Survivors of abuse deserve the right to pursue justice and perpetrators need to face their day in court.

So, for the sake of our communities and our children, let’s make passing the CVA a priority this year.