A Bar Mitzvah postponed and a lesson learned 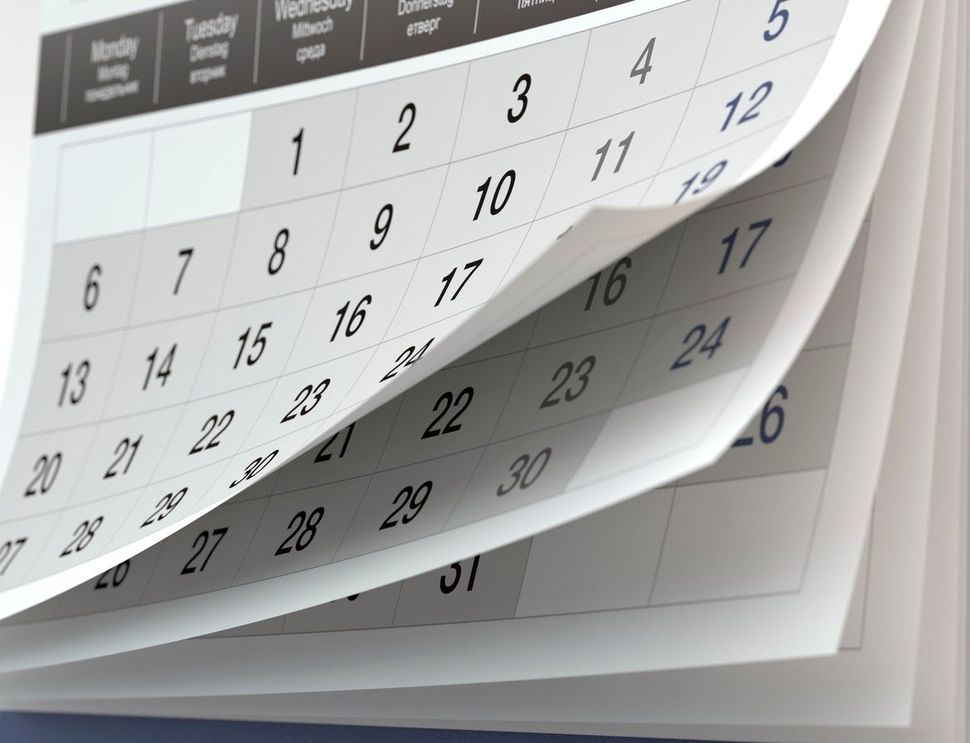 While I allowed myself to mourn the death of Jesse’s Bar Mitzvah date for a short time, I decided to use my community to celebrate and mark the occasion. Image by iStock

Postponing a Bar Mitzvah is not on the list of what Jewish mothers worry about before their child’s big day: Will he get sick? Will there be a blizzard that prevents people from coming? Will the husband get the montage done in time?

These were the thoughts that had plagued me in the weeks leading up to the B’nai Mitzvot of my older children. They were tangible. Manageable. Nag the husband. Give the Bar Mitzvah boy vitamin C. People will come early if a blizzard is forecasted. But a virus that had been known only through photographs taken on another continent could not possibly cancel my youngest son’s big day.

My son is a COVID kid, as our Rabbi has named the growing number of 13 year olds who are supposed to mark their B’nai Mitzvot this spring. His date was March 28th, 2020, assigned two years ago, when, as he recently said, it became a part of his identity. “What’s your parsha?” people would ask.

“Vayikra, the one about the sacrifices.”

A few weeks ago, as 100 orange kippot sporting his name, date and parsha arrived at our doorstep I had a meeting with the executive director of my shul. He had just gotten off a phone call about the emerging situation in New Rochelle, New York, where patient zero had tested positive for corona.

“We should make contingency plans. You know, just in case,” he said. No, I did not know I told him, nor could I fathom how the virus, then safely 15 miles to the South might shut down my synagogue’s doors in the three short weeks before my son’s Bar Mitzvah.

“The Rabbi has said the B’nai Mitzvot are of the highest priority,” he assured me. But if the synagogue is closed, we will need a plan B.”

Plan B for a Bar Mitzvah? What does that even mean? Parties can be postponed, but ceremonies cannot.

I suggested asking a local church if we could use their space, still not fully grasping that if we were closed, they would be closed too. My living room was a possibility, he suggested, which would mean a good carpet cleaning and uninviting all but 20 of our closest friends and family.

But I wanted my son to be bar mitzvahed in the sanctuary where his sister and brother had been, where he had received his pre-school diploma alongside friends he still has today, and where he had recited the Hatzi Kaddish in his Gimmel Shabbaton.

But the virus was writing the narrative so quickly and I couldn’t possibly know what was going to happen tomorrow, never mind in three weeks. Coronavirus requires a type of elasticity that even as a flexible thinker I am not comfortable with.

And then, barely a week later, we were summoned to the Rabbi’s office to discuss what was no longer a “what if…” but a “what now?” It was right after flattening the curve and social distancing had become a regular part of our vocabularies.

He explained that we might be able to enforce social distancing at the service, but not the kiddush. He said that my mother in law, in Florida, would have to settle for watching on live stream. I chastised myself for not having considered that earlier. Of course we couldn’t ask her to fly to NY for the Bar Mitzvah, but how could there be a Bar Mitzvah without my son’s only living grandparent? We could bend the rules, the Rabbi said, she can read Torah on the phone. We can Zoom the service for everyone.

Again, the virus demanded we rethink this milestone. COVID-19 had already ensured that this would be a Bar Mitzvah for the books, but we were left to ponder how our family wanted to mark the occasion. It was time to bring the Bar Mitzvah boy into the conversation, a notion that terrified me.

I was fairly certain that while he understood coronavirus was coming, he did not comprehend that it would impact his Bar Mitzvah, perhaps because like the pandemic itself, it was incomprehensible.

The look on his face confirmed my suspicions as he broke into tears. “I don’t want to be Bar Mitzvahed in the living room. I want it to be at Bet Torah, it’s my second home!”

He was adamant. Community. This was his. And ours.

We appealed to his empathic side and to the lessons of his parsha which involved sacrifice. We may not sacrifice animals anymore to show our devotion to God, but Jesse might have to sacrifice his Bar Mitzvah date to help to flatten the curve, and keep older family members safe from exposure. While my son might possess an unusual amount of empathy for a thirteen year old, this is a big ask for any child.

In the end coronavirus made the decision for us: all Shabbats in the foreseeable future would be on Zoom, without a Torah service. Jesse, and the other COVID kids from our synagogue will be reassigned a date in the fall.

But while coronavirus made the decision, we choose our response, a powerful reminder that while we cannot control our universe, we can react in a powerful and meaningful way. For my husband and me, we were able to see first hand how the value of community had been adapted by our child.

“It will be different,” I overheard Jesse say to his friends. “But much more joyful with everyone I love there in person.” A lesson learned. A shift in mindset. He was living his parsha, which thanks to the pandemic had taught him to see sacrifice in a much more global way.

While I allowed myself to mourn the death of Jesse’s Bar Mitzvah date for a short time, I decided to use my community to celebrate and mark the occasion. And so on March 27th we had a Zoom Shabbat dinner with our two closest family friends and Jesse led us in the blessings.

On Saturday morning, the Bar Mitzvah-that-wasn’t became the Bar Mitzvah that kind of sort of was as I sat in my dining room, next to my youngest child, with my hand resting on his back as he helped to lead our synagogue’s Saturday AM services. I watched his grandmother smile 1,000 miles away and scrolled through the computer screen so he could see his Hebrew School friends and family were virtually there supporting him too. Community. Sacrifice. In our pajamas.

Laurie Lichtenstein is a middle school English and social studies teacher living and working in northern Westchester county New York. She has three children and dog and a husband and in what little spare time she has, she writes about education and parenting to make sense of it all. Her work can be seen on Middleweb, Motherwell., eJewishPhilanthropy and The Bedford-Katonah Patch. Follow her on Twitter at @thriceblessed.

A Bar Mitzvah postponed and a lesson learned