My biography of the world’s greatest Yiddish encyclopedia My parents spoke Yiddish, read Yiddish, and sang songs in Yiddish. But they were not ideological Yiddishists. I absorbed Yiddish aurally, but it held no interest for me. It wasn’t until I was married and moved to the Amalgamated Houses in the Bronx — founded in the 1920s by the Amalgamated Clothing Workers’ Union, whose members were largely immigrant Jews — that I became aware that there even existed networks of secular Yiddishist schools in the United States. It was then that my wife showed me the Arbeter-Ring (Workmen’s Circle) school that she had attended as a child.

Once, going for a walk past the school the year before it closed, I saw a pile of books that were being discarded. I picked one up, and it made me realize that scholarship written in Yiddish had been flourishing before the Holocaust. The volume was a hardcover journal from 1913, Der pinkes: Yohrbukh far der geshikhte fun der yidisher literatur un shprakh, far folklor, kritik, un bibliografye (Annals: Yearbook for the History of Yiddish Literature and Language, Folklore, Criticism, and Bibliography), featuring essays on linguistics, medieval Yiddish, folklore, folksongs, modern journalism, current theater, and “Yiddish Literature and the Woman Reader.” It had been published by the Vilner ferlag fun B. A. Kletskin. 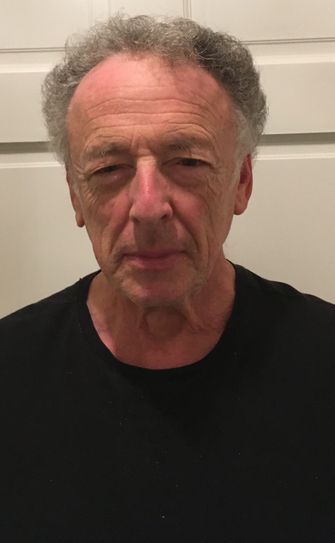 When we moved to Arizona, where my wife taught Art History at ASU, I began to subscribe to the Pakn-treger and made my first attempts to read its Yiddish stories. I bought myself a used copy of Uriel Weinreich’s dictionary and found Harkavy’s on line. I started “browsing” through the vast collection of Yiddish books online at the National Yiddish Book Center’s Digital Yiddish Library. When my wife was offered a position at Rice University, we moved to Houston. I retired from teaching public school, and I joined the Houston Yiddish Vinkl.

But I was most struck by the survival of volumes I and II of the Algemeyne entsiklopedye (General Encyclopedia) (Paris: Dubnov Fund, 1934 and 1935), which for me were painful reminders of the blossoming Yiddish culture and scholarship that had been cut down in full bloom by the Nazis.

I had never heard of this encyclopedia before, and I was very moved to see it. By then I had learned that the observant maskilim of the 19th century had stressed that Jews needed to learn modern academic subjects in addition to their traditional religious training. The secular Yiddishists of the early 20th century embraced that priority, which pervaded the growing network of Yiddish-language schools and teachers’ seminaries. Fluent Yiddish speakers taught science, mathematics, geography, world history, music, and art using textbooks and primers written in Yiddish. Dozens of scholars in a variety of disciplines published articles and books in Yiddish. 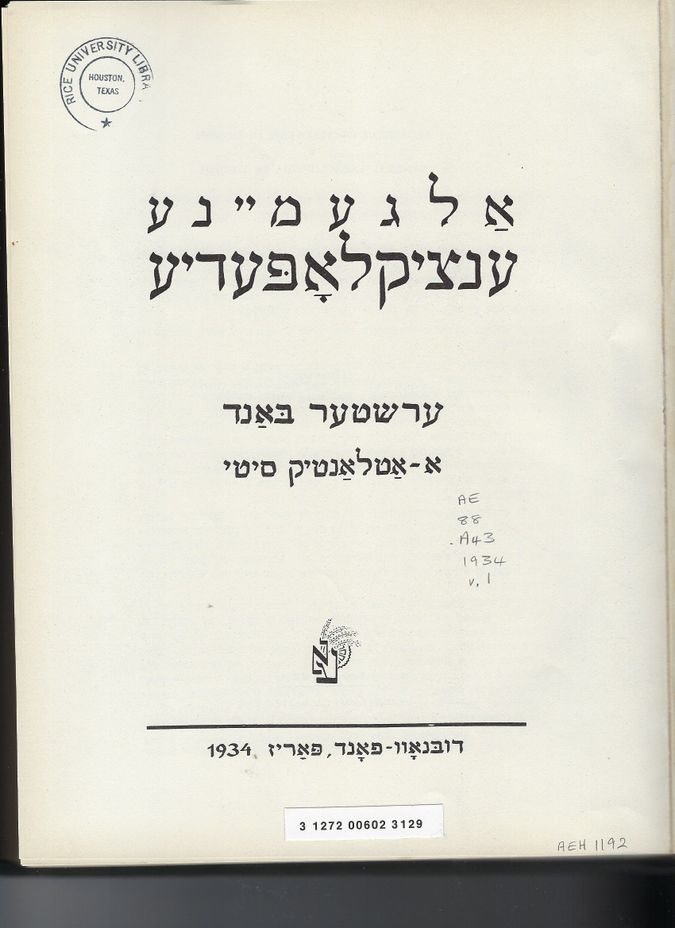 There was no university where Yiddish was the language of instruction, but scholars dreamt of founding one. In 1925 Nokhem Shtif in Berlin had sent a proposal for an institution whose focus would be Yiddish language and culture to scholars in Berlin, Vilna, and New York. Yiddish usage and spelling would be standardized. Modern Yiddish neologisms for the 20th century would be coined. Researchers would publish scholarship in all fields in Yiddish. After much debate, the Yidisher visnshaftlekher institut (Yiddish Scientific Institute), known as YIVO, was established not in Berlin, but in Vilna.

It was clear to me that it was the same devotion to modern education of the maskilim and YIVO’s founders that had inspired a group of scholars in Berlin in 1930 to launch the Algemeyne entsiklopedye, a general encyclopedia that would be accessible to Yiddish readers — an audience numbering nearly 11 million in Europe, the Americas, and South Africa.

The editors of Volume I explained their purpose in the preface: “But for our readers, most of whom have not received thorough school education, this encyclopedia must be not so much a means to “refresh” what they learned long ago in school and have mostly forgotten, but rather, and more importantly, a source of knowledge and a tool for study.” (page X) But the Nazi movement was gaining power.

Photographs, charts, and maps enriched the entries. I have included reproduced images to indicate the breadth of knowledge touched on in the encyclopedia. The entry oyto, which explains how cars work and how they are manufactured, is eleven pages long! 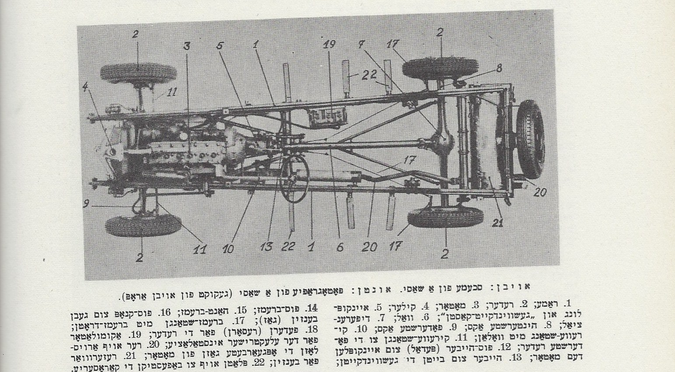 I was very eager to learn how the encyclopedia had come to be, so I was delighted to find Barry Trachtenberg’s 2006 article, “From Edification to Commemoration: Di Algemeyne entsiklopedye, the Holocaust, and the changing mission of Yiddish scholarship,” in the Journal of Modern Jewish Studies.

The first editor of the Algemeyne entsiklopedye was Raphael Abramowitz, who had been born in Latvia and was based in Berlin. His co-editors were Ben-Adir (pseudonym of Avrom Rozin) and Avrom Menes. The Dubnov Fund was organized to raise funds, and a sample volume was sent to possible subscribers. Ten Normale volumes were planned, consisting of entries of mostly general interest, followed by only a single volume, Yidn, dedicated to Jewish topics.

When Hitler came to power in 1933 Abramowitz and other contributors fled Berlin for Paris, where they struggled to continue the project. Seven volumes published there. But the Nazi occupation of Paris and the savage onslaught on its Jews forced many of those involved in the project to flee to New York. As the Jews of Europe were being exterminated, the Algemeyne entsiklopedye shifted its emphasis to publish more Yidn volumes.

It is a bitter irony that the Nazis and their collaborators murdered more than half of the intended readership of this massive scholarly undertaking.

Maurice Wolfthal taught in public schools for 40 years in the Bronx and Arizona. He now lives in Houston and is a member of the Houston Yiddish Vinkel. He has translated from the Yiddish Yitzhak Erlichson’s “My Four Years in Soviet Russia,” Nokhem Shtif’s “The Pogroms in Ukraine 1918-19: Prelude to the Holocaust,” Bernard Weinstein’s “The Jewish Unions in America,” Shmerke Kaczerginski’s “The Destruction of the Jewish Community in Vilna,” and Mendl Mann’s “The Fall of Berlin.”

My biography of the world’s greatest Yiddish encyclopedia