The only unnatural way to be is alone 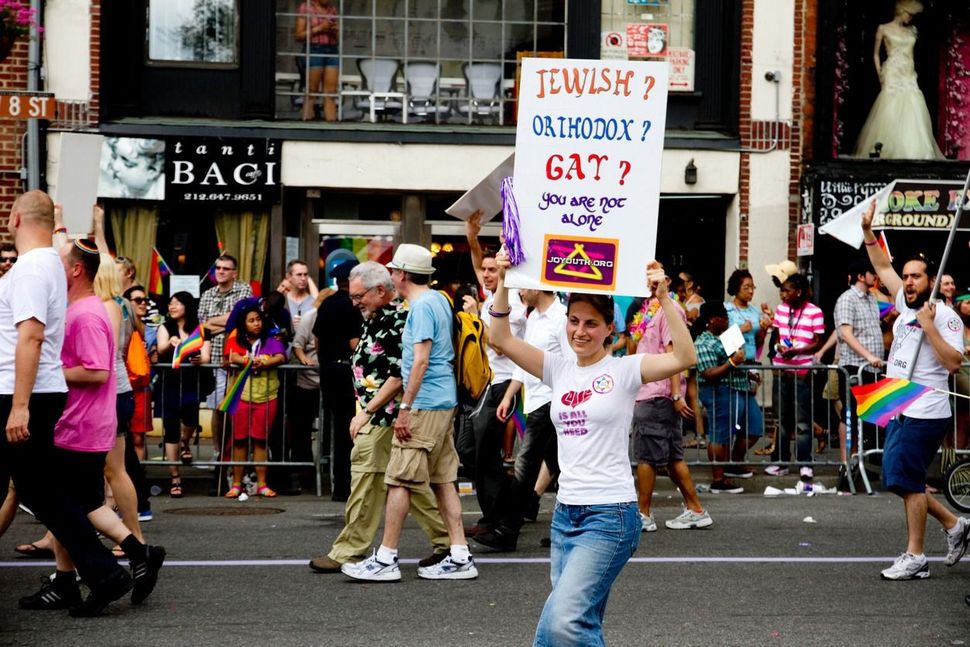 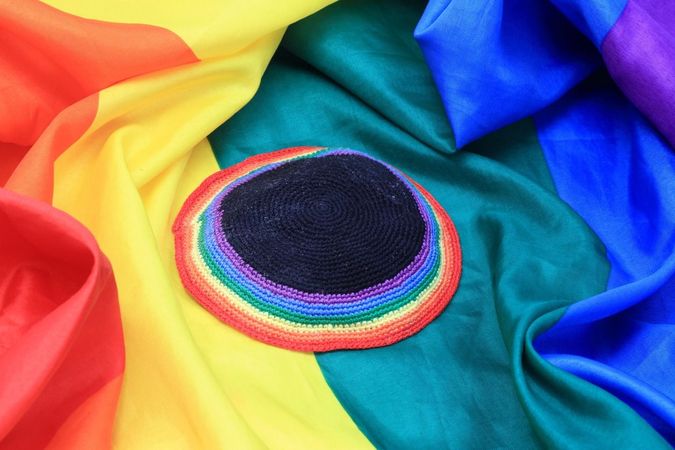 As the product of a traditional Jewish education, I have always heard this verse cited as an aphoristic observation about human nature and the need for companionship. No one wants to be alone their whole life. Life is more fun with others! People who need people are the luckiest people in the world.

For the majority of my life I thought of the verse as a suggestion, a useful life hack, a glib observation about the human condition.

However, after three months of feeling truly alone, separated from community, I am experiencing this verse on a much deeper level. I now hear it not as a folksy maxim but as a warning. Consigned to the interior of my home, I feel how unnatural it is to be cut off from others, from physical proximity and contact.

No matter how many FaceTime, HouseParty or Zoom meetings we attend, virtual hangouts just don’t cut it. We need to welcome people into our homes. We need to sit in audiences together, sharing an event. We need to pray in a congregation where you can smell the perfume of the person next to you, warmly greet each other with a hug. On a personal level, I need to feed others, sit with them, share a meal, nurture and be nurtured by them, experience true and unmediated togetherness.

Indeed, the other day, a friend dropped off some pickles he had made. Even though we chatted from 6’ apart, wearing masks, I felt the power of his food nurturing me and reaching me on a deeper level than the exciting Zoom meeting with colleagues I had just attended.

And yet I am lucky; I live in a family, with my partner and two children. Hugs have become very important to all of us. But I know of people who have not hugged anyone in three months, people who have had no physical contact with another human being since March. A friend reports that her 86 year old mother, so hungry for physical affection, has settled for a “back hug” with her adult daughter.

Because of the pandemic, many people are completely isolated and alone, living in a state that is simply not normal to the human condition. Not normal and yet tragically familiar for Orthodox Jews who are struggling with the truth about themselves and the rabbinic restrictions of their tradition.

It is not good for the earthling to be alone.

From our conception until birth, we are surrounded by someone, enveloped, enclosed, encircled by the giant hug of primordial waters we float in. Upon entering the world, a baby’s survival depends on touch almost as much as food and sleep. Babies who are not touched do not thrive.

As we round out the fourth month of imposed isolation, I now see that adults who are not touched also do not thrive. This artificial social pause is painful; it is not the way we humans are designed. We have a deep spiritual and psychological need to be touched, and held, to nurture and be nurtured.

A screen is no substitute for skin. 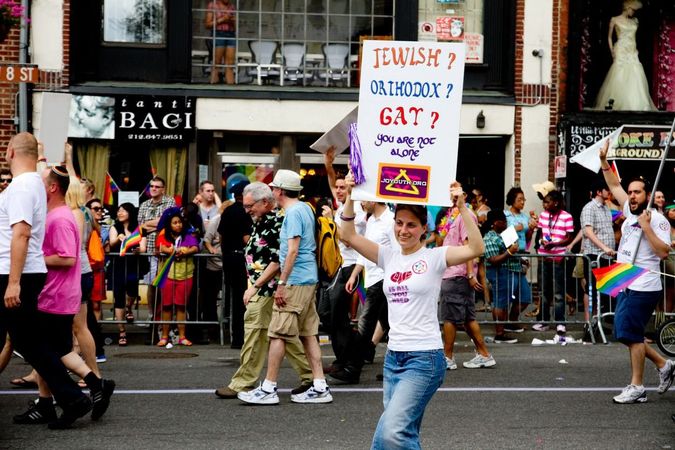 Leaders in the mainstream Orthodox world often ask me, “Why can’t LGBTQ people just be celibate? Better they should not act on their unnatural desires.”

These past few months have taught me that it is these leaders who are asking people to do something unnatural: to forego living a life with someone who can hold and hug them. They are asking them to live in a state of being that is anathema to how humans are designed.

This recent feeling of a total chasm within me feels reminiscent of a different time in my life… long before I was living with my partner and two children, before I knew that such a thing would even be possible for me personally, within a Jewish community.

The emptiness I am experiencing now recalls me to that terrifying liminal space after I came out to myself yet had not come out to others. In that dark and confusing place, I felt totally alone in the world. Survival meant a leap of faith, reaching beyond what I thought was possible. I truly did not believe that I might ever become a contributing member of society, someone who was integral to a community, authentically myself in my friendships.

And then life happened. I found the courage and the community. I was lucky in love. But I have never forgotten what that Before time felt like. And now, the requirements of lockdown remind me of that terrible time, reviving my empathy and awareness for what my Orthodox Jewish brothers and sisters go through when they come out to themselves, and the world.

It is not good for the earthling to be alone.

The Biblical verse from Genesis is a warning. The extended loneliness of the human being is, without hyperbole, disastrous.

I hope this period of quarantine serves to enlighten religious leaders that the real unnatural desire is the desire to ask human beings to cut themselves off from humanity.

Miryam Kabakov is the Executive Director of Eshel, an organization that creates a future for Orthodox LGBTQ+ individuals and their families. Join Miryam on Sunday, June 28 for FunOrthodox, a virtual benefit for Eshel.

The only unnatural way to be is alone