The personal is political on Tisha B’Av 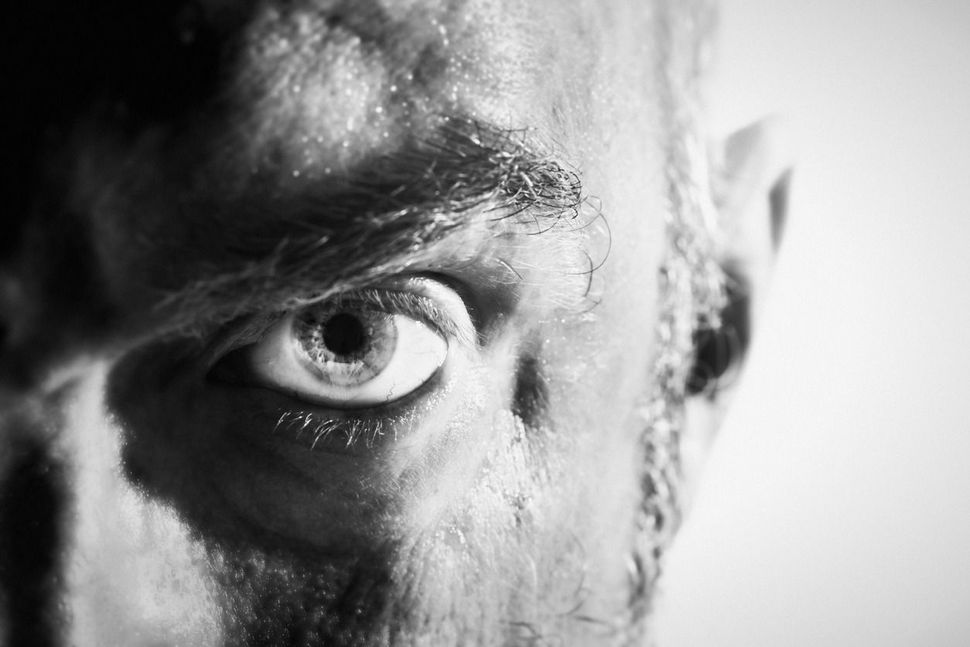 I didn’t talk to my roommate for an entire year. I was in 11th grade, at a Yeshiva where the students lived in dormitories on campus. Early in the school year, Sruli and I got into a fight. We were taking turns on a handheld electronic football game we had borrowed from a friend and, too quickly, the turn-taking devolved into grabbing and shoving. We returned to our room, too angry to talk.

Like most grudges, this conflict took a lot of energy to maintain. In hallways and in classrooms, we were constantly pivoting to avoid looking at each other. We refused to socialize in the same group, and our mutual friends needed to be careful about which one of us they included in which activity. The way we navigated as roommates in a very small two-person room could be the subject of a sitcom. In a space no larger than 100 square feet, we maintained the silent treatment; we communicated through grunting and hand motions.

When we finally patched things up before summer vacation, I was left feeling foolish about letting a small grudge take over my entire life.

Contemporary discussions on hatred focus on sociological and economic factors. People hate because they are divided by race, religion and politics. These insights are important, but have an unfortunate side effect; we begin to see hatred as the province of fanatics and fools.

But hatred is not an exotic illness that afflicts those who are morally deficient. Everybody hates; even a shy, idealistic 11th grader can be drawn into a year long battle of exceptional intensity. While righteously fighting the hatred of the wicked, we remain blind to the powerful role hatred plays in our own lives.

Tisha B’Av, which commemorates the destruction of the Temple, is a time to contemplate the power of senseless hatred. The fall of the second Commonwealth was as much a result of internecine Jewish infighting as it was of Roman military strength.

The simplest interpretation of this history is that political factionalism leads to communal division. However, the Talmud (Gittin 55b) takes a different perspective. It tells the story of “Kamtza and Bar Kamtza,” a dinner party that goes terribly wrong. The host is a good friend of Kamtza’s, but the invitation is mistakenly delivered to the host’s enemy, Bar Kamtza. He then shows up at the banquet, filled with the who’s who of Jerusalem. The host demands Bar Kamtza leave immediately; hoping to avoid embarrassment, Bar Kamtza offers to pay the host for the entire banquet, as long as he can stay. The host refuses to bend and publicly humiliates Bar Kamtza. In his fury, Bar Kamtza decides to take revenge against the banquet guests and offers a false accusation against the Jews of Jerusalem to the Roman government. The Talmud says that Bar Kamtza’s accusation ultimately caused the destruction of Jerusalem.

In this remarkable Talmudic text, the political is upstaged by the personal. The Talmud ignores sectarian infighting, and instead focuses on an everyday conflict. Like the proverbial butterfly, one personal battle can stir up a hurricane of destruction. Even though Bar Kamtza had every reason to be aggrieved, he responded to hatred with more hatred. The lesson is that if people feel justified in hating others, no matter how righteous the cause, they can contribute to destroying society as well.

Op-eds about hate often come with illustrations about fanatics and fools that reinforce the moral superiority of the writer. The hatreds that rabbis preach about are usually the ones they are at least guilty of. But hatred is a natural passion, common to all human beings; the idea that hatred is the result of a personality defect is a dangerous myth. There is plenty of idealistic, self righteous hatred as well.

Tisha B’Av arrives this year at a time of intense polarization. Snark and spite have replaced civil debate in the news and on social media, and from there it has migrated to our Passover Seders and Shabbat tables. This fury is inescapable; I feel drawn into it every time I go online.

Undoubtedly there are “big picture” reasons for our polarization, but if we stopped there, we would fail in our analysis. We need to look in the mirror, and realize that there’s a Bar Kamtza inside every one of us. And until we all take responsibility, polarization will remain.

Rabbi Chaim Steinmetz is the Senior Rabbi of Congregation Kehilath Jeshurun in Manhattan.

The personal is political on Tisha B’Av