Why isn’t climate change a bigger issue for the Orthodox? 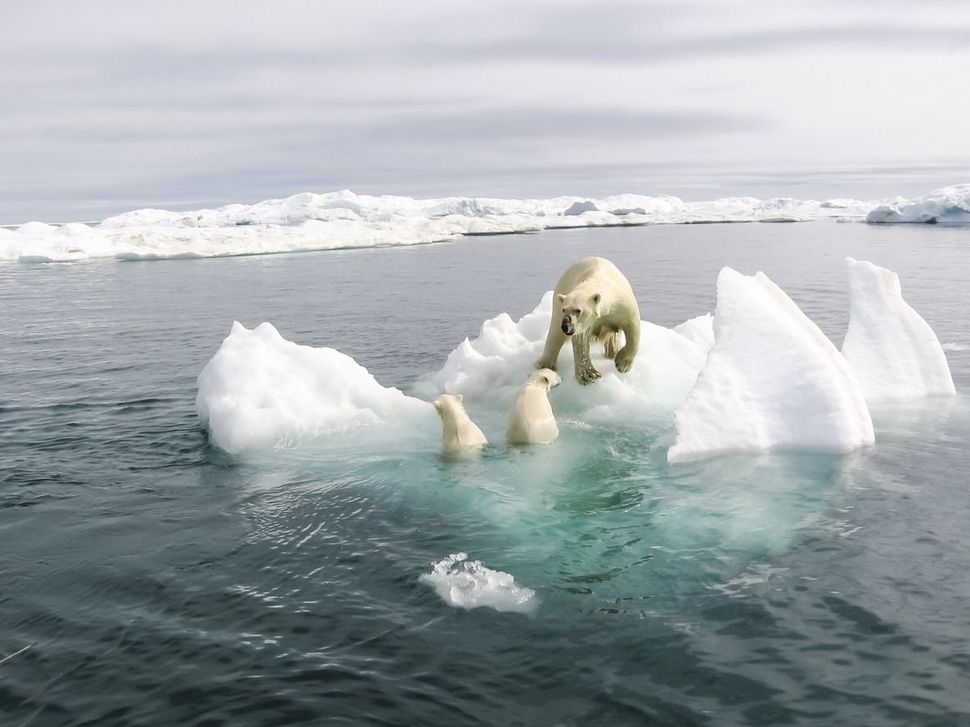 Why have Orthodox Jews been so slow to commit to the struggle against climate change? The Pope and the Islamic Society of North America have spoken up about it. In January, Renewal Rabbi Arthur Waskow’s Shalom Center issued a statement with more than 500 rabbinic signees, and this spring, Reform Rabbi Jennie Rosenn launched Dayenu: A Jewish Call to Climate Action, a new Jewish non-profit devoted solely to mobilizing the American Jewish community to confront the climate crisis. In the legal arena, the Conservative Movement Committee on Jewish Law and Standards recently accepted a teshuva (responsum) calling for education and engagement with the crisis. Amidst all this religious activity, high profile Orthodox voices are conspicuously absent.

What holds us back? Does anyone doubt the Torah mandate le-ovdah ule-shomra, to protect and labor for the earth? Or its declaration, ki li kol ha-aretz, the whole world belongs to God? Jewish environmentalists have been trumpeting these texts for years, as well as the midrashic message, ten da’atcha she-lo tekalkel ve-tachriv et olami be vigilant not to destroy God’s world. The Torah clearly values God’s creations and warns humanity not to wantonly damage the world.

So why haven’t the Orthodox flocked to join the fight against climate change? Two reasons stand out.

First of all, Orthodox Jews tend toward social conservatism, and climate change is usually championed by liberals. In addition to the intrinsic suspicion this may evoke in the Orthodox community, there is further concern that supporting environmentalism will be seen as a general support of the liberal agenda. This intersectionality problem is exacerbated by the association of many environmentalist groups with ultra-liberal Israel activism.

In religious politics as well, liberal causes are associated with the other denominations. This triggers the Orthodox reflex to distinguish ourselves. Ironically, while other liberal social issues may appear to conflict with the Torah, the climate struggle clearly aligns with Torah values. Regardless, the Orthodox assumption is that liberal causes conflict with the Torah. Because of this, the climate crisis tends to be dismissed without significant consideration.

The second reason is that religious value statements, like those above, express values generally without making specific demands on the individual or community. These statements struggle to motivate people to seriously engage with issues like climate change, which calls for significant economic and personal sacrifice. Compare this to the authoritative and compelling nature of halakha, Jewish law. Because of its specificity and binding obligation, halakha is unique in the Jewish canon in demanding action. And the Orthodox regularly prioritize halakha over economic and creature comforts. We pride ourselves on living under authority and are willing to make life changes based on halakhic demands.

The power of halakha isn’t limited to the Orthodox. The words chayav, or obligated, and assur forbidden, lend weight to religious arguments far beyond simple value statements. Furthermore, halakha deals with conflicts of values. Just knowing that the Torah wants us to value the earth may not hold sway when it compromises personal comforts or economic stability. Halakha balances these values and helps us find a middle path. A well grounded halakhic discussion of climate change could deeply enrich the climate narrative in the entire Jewish community.

We at Yeshivat Chovevei Torah seek to expand the conversation about climate change in the Orthodox community. To this end, the Orthodox rabbinical school held a virtual conference on July 26th, 2020 on the topic of Torah and the climate crisis. The conference featured prominent climate educators and activists such as Hazon founder and CEO Nigel Savage, Al Gore-trained climate leader Jessica Haller, Rabbi of Dayenu and Jewish Earth Alliance founder Dr. Mirele Goldsmith. These experts educated attendees about the seriousness of the crisis and opportunities for activism and advocacy. Equally important, rabbis such as Barry Kornblau of Young Israel of Hollis Hills – Windsor Park; Aryeh Klapper of the Center for Modern Torah Leadership; and Haggai Resnikoff of YCT considered the need for halakhic language in Jewish climate discourse. We do not hope to reverse the trend of the Orthodox community’s stance on the climate crisis with one event, but we see it as a step in the right direction.

The reasons Orthodox Jews have not thrown ourselves into climate activism are perfectly understandable. We tend to distrust both the secular and religious communities identified with the cause and we do not find the religious language surrounding it to be compelling. Despite these factors, we can’t afford to sit on the sidelines any longer. The dangers are real and we cannot rely on God alone to rescue us. We are commanded with a special mitzvah to protect ourselves from danger in any form, ourselves and others who are not able. The climate crisis is no exception. It is time for the Orthodox to pick up the fight.

Rabbi Haggai Resnikoff is a Rebbe and Director of Community Learning at Yeshivat Chovevei Torah. He works extensively on integrating Jewish law with contemporary social issues.

Why isn’t climate change a bigger issue for the Orthodox?