No camp this year? The Shalom Hartman Institute steps up to the plate 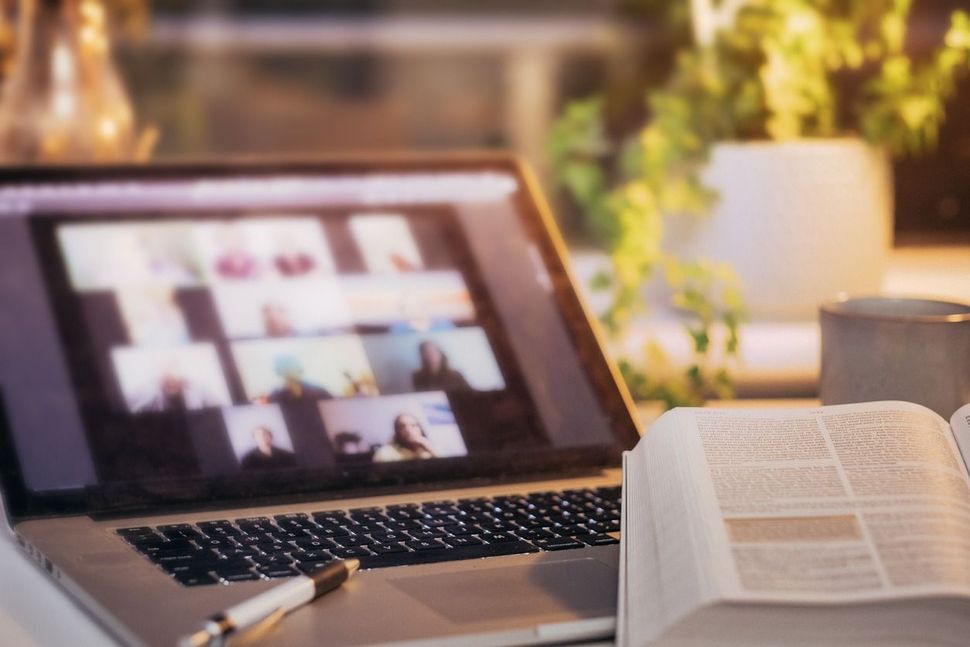 The Shalom Hartman Institute is known for its intellectual leadership within the Jewish sphere, producing research, holding events and educating influencers on contemporary challenges in Israel and American Jewry. The Institute works with scholars and professionals to become thought leaders in the Jewish world. However, Hartman rarely works with younger students, focusing its energy on those college-age and above; the topics are heady ones, from Jewish law and theology to the relationship of North American Jewry to Israel.

But this summer, with the cancellation of camps across North America and the world, Hartman pulled together a pilot program for those teens suddenly out of options. The Fellowship for Emerging Jewish Thought Leaders: [email protected] was the result. Hartman partnered with many of the major players in the camp space across the US — Ramah, URJ/NFTY, and UJA among others — to build a cohort of high school students to study with some of the top Hartman scholars on topics just as thorny and complex as those approached by the adults.

The fully-funded program put students into small discussion groups, often arranged by camp or interest area, to give students an experience paralleling the connection to their peers in the Jewish community that they might have otherwise found at camp. And, despite the awkwardness that Zoom conversations can cause, the experience has been a meaningful source of connection and growth for the participants.

Below, four teens describe their experience studying with Hartman with friends, old and new. They talk about what they’ve learned, how they’ve connected and what they’ll take away.

When my camp announced they would not be open this summer, I immediately thought about all the experiences I wouldn’t get to have — eating the chicken soup we have for dinner every Shabbat, afternoons spent swimming in the lake, and my first summer on staff. But I knew what I knew I would miss most was the sense of community that I had only ever found at Camp Ramah in Canada.

I didn’t apply for [Hartman’s] Fellowship for Emerging Jewish Thought Leaders thinking that it would be a substitute for summer camp — I thought of it more as one last bit of Jewish learning before starting college in the fall. But what I found on the first day of the fellowship was a group of people who weren’t just looking to learn over the summer, but also to replicate the kind of community that we all miss being surrounded by. I’ve loved being able to share my camp traditions, and learn about the communities other teens are missing.

In a summer of uncertainty, where it’s easy to become disconnected from each other, Hartman’s summer program provided me with the opportunity to connect.

During an Open Space session, where the conversation was student driven, [we had] a deep sense of connection. The topic was on how Judaism relates to race, and as a Jew of Color, this topic was and continues to be difficult to grapple with.

I shared my own experiences and struggles, and instead of the feelings of invalidation that I am often met with, I encountered the compassion, empathy, and understanding that so much of our Jewish values are grounded in. The session reminded me of an imaginary family made real.

So far we’ve heard from speakers who all approach Jewish belonging differently. I never considered the prioritization of being or becoming in Jewish peoplehood and the practical implications I can see play out in my own experiences. I love that whenever I think I have a clear takeaway from a session another fellow is quick to offer an articulate complication that furthers my thinking.

One of the highlights has been meeting other fellows in elective sessions and breakout groups. Despite often being total strangers, everyone makes an effort and engages with each other and the material. Zoom is at times awkward but [it brings] together so many teens from all over the continent.

A highlight of the fellowship for me was the elective “Muslims at Home in America,” taught by Imam Abdullah Antepli. After spending the beginning “shmoozing,” as he called it, Imam Antepli deftly gave us an overview of Islam as a religion, history and experience.

The discussion about the current situation of Muslims in America, particularly the racial makeup of the community, was extremely informative. I was unaware that ⅓ of the Muslim-American population is Black, mostly stemming from the Nation of Islam but historically going back to slavery.

When I asked the Imam how the Black Lives Matter Movement played into the Muslim experience, he was quick to lament the disconnect between non-Black Muslims who could be complicit in racism as they strive to attain the American Dream and the Black Muslims who faced discrimination for their race and beliefs. This immediately drew a parallel for me to the situation the Jewish community is currently struggling with when we consider how to embrace and care for the significant percentage of Jews who are people of color. Through this elective, I was able to draw connections between religious communities, gain crucial understanding, think critically about my community, and recommit myself to interfaith work.

I attended a lecture led by Yossi Klein Halevi [who] brought up the question of whether there is an “expiration date” on indigenous peoples returning to their homeland, and I’ve been thinking about that deep question and how it relates to Israel for the past few days. When I discuss Israel with other students, I’ll certainly pose that question to them as well.

I chose an elective about how Jews can apply our historic values of justice to navigate the Israeli-Palestinian conflict. The teacher described how our values can all be rooted in justice, even if they oppose one another. We students learned to beware of claiming a “monopoly” over justice by saying that only our beliefs yield justice.

I hadn’t considered this idea before, but now I realize that creating a “justice monopoly” can prevent productive dialogue; claiming that only one side of an argument believes in justice can halt entire discussions. Before my elective, I wasn’t even aware of “justice monopolies.” Now, I’ll be cautious of treating my own view as just and claiming other views are unjust since that claim might be unproductive.

I also plan to apply the idea of “monopolizing” values in other situations, such as peace or equality. Instead of saying, “my political beliefs are rooted in peace and equality while yours aren’t,” I’ll say that I believe my political beliefs will be more successful in promoting peace and equality. Since the concept of monopolization is so broad, it can truly be applied everywhere!

No camp this year? The Shalom Hartman Institute steps up to the plate