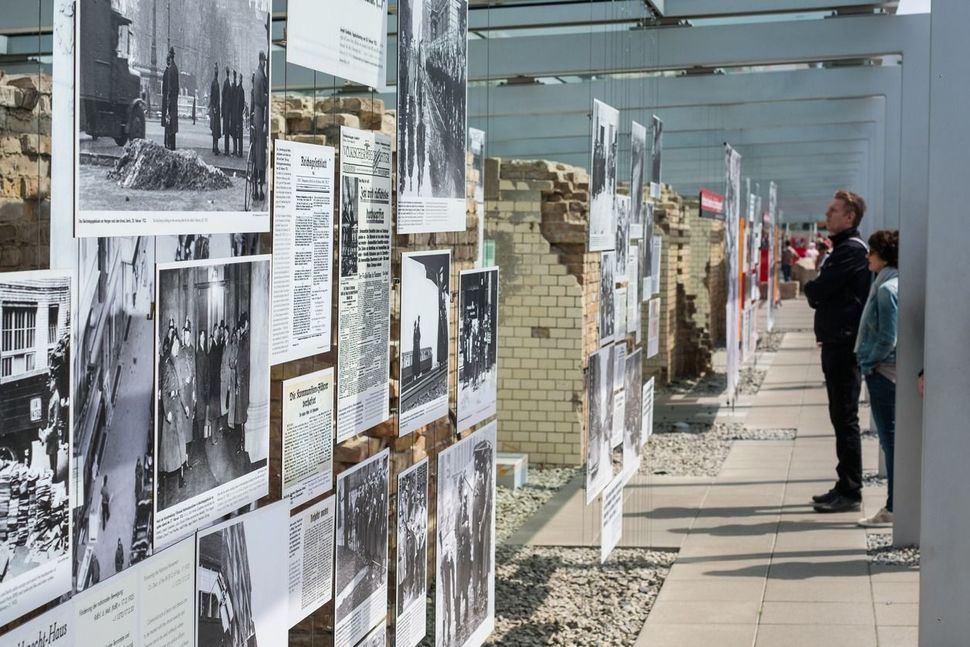 Two years ago, I visited the National Memorial to Truth & Justice in Montgomery, Alabama. Bryan Stevenson, the founder of the Equal Justice Initiative, had just opened the site two weeks before.

As I watched other visitors walk around the large blocks, inscribed with the names of Black citizens lynched by white people, I was reminded of walking through Berlin, among similar granite rectangles that dot the Memorial for the Murdered Jews of Europe. I’ve visited many sites of atrocity across Europe, but this was the only site of memory, the first cultural space I had seen in America, solely dedicated to our legacy of racial terror.

As a Holocaust educator, I know that learning from the pain of a nation’s history is important not only in engendering strong civic values in students, but in building a more just and equitable democracy. We are driven to teach about genocide, in part, because we believe young people must know the hard lessons of history if they are to be charged with building a brighter future. Bryan Stevenson asks, “when will America say, ‘never again’ to racial injustice?” As Holocaust educators, how can we give students and understanding of the distinct origins and the ongoing consequences of each injustice? What responsible parallels can we draw?

Like many other educators in Title I districts, I had these questions in mind when I taught English to Black and Latinx teenagers in Newark, NJ. My students understood the Holocaust through the lens of their own experiences. They understood white supremacist beliefs, segregation and systemic disenfranchisement through legal systems because they had lived it. They understood, as well, that discrimination, violence, and genocide could surely be perpetrated based only on the grounds of racial ideology.

Holocaust history gave them a case study, a vehicle to examine how oppression occurs, and a point of connection to relate to their personal experiences.

As a white educator, I was aware that teaching about the Holocaust to students of color can seem a sometimes inaccessible, far removed history. This can become especially problematic when they are experiencing the daily repercussions of centuries of systemic oppression. For students who are experiencing housing insecurity, the impact of the school-to-prison pipeline, or police presence in their community, how can we ask them to relate to a history that is both similar and distinctly different?

There are irrefutable parallels in both histories. The process of denazification in Germany holds valuable lessons for students to see a way forward and understand the path by which America can continue through our own process of racial reckoning.

Similarly, the escalation of hate and Nazi racial ideology have “echoes and ripples” evident in the Code Noir, The Jim Crow Laws, the Fugitive Slave Act, or Plessy v. Ferguson, and the white supremacist ideology that undergirded – and allowed for – the perpetuation of the enslavement of Black Americans. Pedagogically, both historical studies share overlap as well; focusing on strength, resilience, and agency, and balancing dehumanization with the maintenance of culture and tradition in the face of dehumanization and indignity.

The effectiveness of the Holocaust in imparting these lessons is backed up by the data. A new Echoes & Reflections survey of U.S. college students, released today, shows Holocaust Education is effective in building empathy, tolerance and open mindedness. The survey shows that students who have the benefit of Holocaust education have more pluralistic attitudes and are more open to differing viewpoints, which includes being more comfortable with people of a different race or sexual orientation more generally.

Holocaust-educated students are significantly more likely to report willingness to challenge incorrect or biased information (28% more likely), challenge intolerant behavior in others (12% more likely), and stand up to negative stereotyping (20% more likely). And, during this time of national unrest, this survey shows that Holocaust education can be beneficial in offering young people the tools and perspective to help them engage on important issues about race, intolerance, justice, and hate.

And beyond the data, many teachers are sharing that Holocaust education can make a difference in students’ lives. The young people to whom we have taught this history, and to whom we have tasked with changing the world, with not being bystanders to injustice, they are the same young people bravely guiding us through America’s racial reckoning. We saw the power of their voices when Marjory Stoneman Douglas students, in advanced Holocaust and genocide electives, inspired civic action by beginning a nationwide campaign against gun violence.

But what change does this action demand of us as Holocaust educators? While I do not know all the answers, I’m committed to finding them.