When RBG came to see Fiddler on the Roof in Yiddish 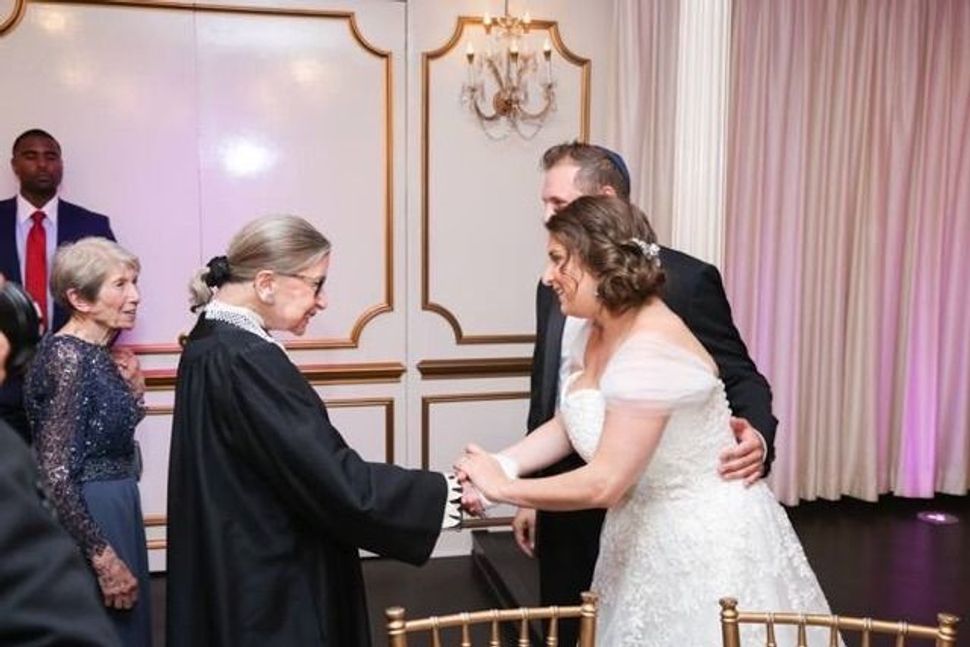 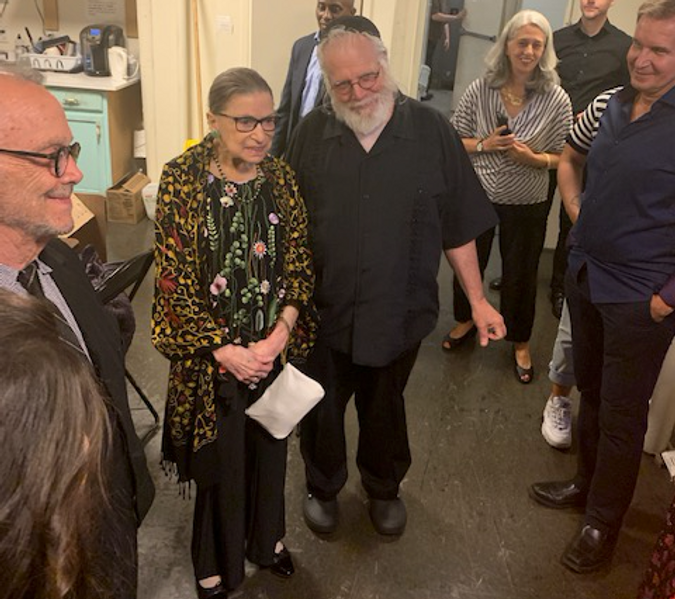 Many stars came to visit our shtetl, including Lin Manuel Miranda, Bette Midler, Hugh Jackman, Hillary Clinton, to name a few, but no night did the stars shine as bright as the night when Justice Ruth Bader-Ginsburg came to visit.

Our National Yiddish Theater-Folksbiene production of Fiddler on the Roof in Yiddish, directed by Joel Grey, ran in New York for two years, first at the Museum of Jewish Heritage and then, after a six month sold out engagement, for another ten months at Stage 42 off-Broadway. When I began to think about the people whom I wanted to invite to see the show, Justice Ginsburg was high on my list from the earliest days.

I had met the Justice at the wedding of my niece Marissa Mlotek Schonbrun, whose marriage to Zach Schonbrun Justice Ginsburg officiated alongside my son, Rabbi Avram Mlotek.

RBG, or Kiki as the family called her, was a first cousin to Jackie Schonbrun, Zach’s grandmother, and needless to say, the wedding was an incredible moment. Surrounded of course by secret service, she graciously greeted everyone who came over to bend down to be in eye contact with her as the Justice sat during the pre-wedding reception. I have never attended a wedding where the audience literally stood and gave a standing ovation as the officiant pronounced by the “power vested in her by the Constitution of the United States” the couple would be wed as “wife and husband.” 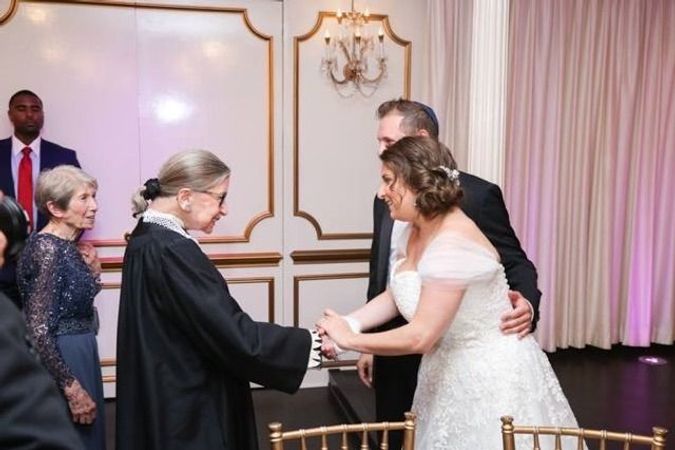 Knowing what kind of a music lover and opera enthusiast she was, I took the opportunity to reach out to her by mail to invite her to see our production at the Museum.

I received a beautiful note from her graciously thanking me for the invitation, but that she was swamped with Supreme Court responsibilities and would not be able to join.

When I had heard she was going to be in New York for an event after we had been playing for a year in New York, I sent her another invite, and again she wrote back.

Several people who have attended performances of Fiddler on the Roof in Yiddish have told me what a great show it is. I have no free evening the days I will be in the City for the Moment event, but I will contact you if a later date opens on my calendar.

With appreciation for the renewed invitation,

Finally, after literally a year and a half of correspondence, I received a note from her assistant that Justice Ginsburg would like three tickets for the August 13th performance. I immediately wrote her:

We are so thrilled that you will be able to come join us on August 13th. There will be three seats reserved for you and we would be thrilled and honored if the house staff could escort you and your guests backstage to meet the cast afterwards.

We very much look forward to seeing you on the 13th with your granddaughter and husband.

The secret service arranged to check out the theater the week she was attending.

Unbeknownst to me, Kate McKinnon, the actress from Saturday Night Live who played RBG, was also scheduled to be in the audience that same performance. It was a total coincidence, and the first time that they had ever met.

I am told that when RBG entered the theater to take her seat and the audience got wind of her presence, there was a spontaneous standing ovation before the show.

After the show, she and guests were escorted backstage by Joel Grey. She was incredibly gracious and took photos with many cast members.

She was accompanied by Barbara Underwood, the solicitor general of New York, who happened to be the mother of the actor, Bobby Underwood, who played the Constable in our production.

A few days later, I received the following note from Justice Ginsburg:

“Attending the Yiddish Fiddler was one of those rare experiences in life when experience exceeds anticipation. The show is beyond wonderful. The cast, in song, dance, and dialogue, brought Anatevka and its dwellers vividly to life. Brava to the Yiddish coach who [got the] cast to speak as though the language was their native tongue. Direction, choreography, and music arrangement and performance were brilliant. All in all, it was a captivating night at the theatre. Huge thanks for the many memorable moments my granddaughter, her husband, and I will recall when it is time to dream.”

We all have our reasons that we are heartbroken by the untimely passing of Justice Ginsburg. We share with the rest of the country our wishes that her memory be a blessing and have a personal p.s. to thank her for her thanks.

While the star did shine brightly that night she attended, we all despair in the darkness that her passing has brought.

Zalmen Mlotek is the Artistic Director of the National Yiddish Theatre Folksbiene.

When RBG came to see Fiddler on the Roof in Yiddish