Just in time for Yom Kippur, a better way to say ‘I’m sorry’ 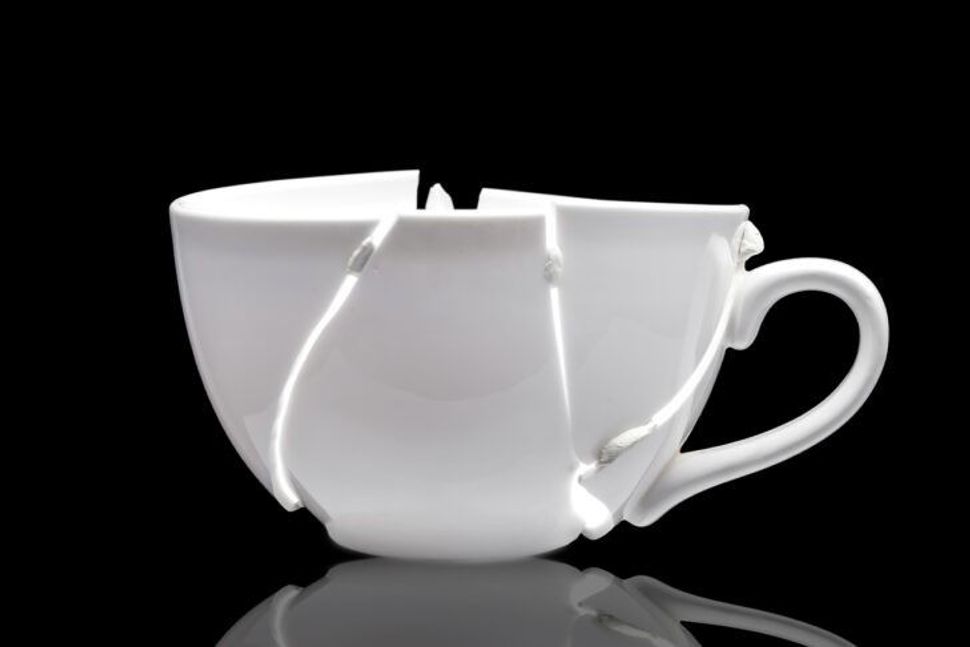 “Not everything that is faced can be changed, but nothing can be changed until it is faced,” said James Baldwin. Clinical psychologist Molly Howes takes Baldwin’s reflection to heart in her excellent and engaging book, “A Good Apology: Four Steps to Make Things Right.” Culled from her decades-long experience as a therapist, Howes presents engaging and clear-eyed narratives of what works and what doesn’t in shaping a sincere apology.

Howes has studied the wisdom of successful apologies articulated in world religions, business models and psychotherapy literature. But the mainstay of her research is her patients’ stories, which she conveys with empathy and compassion. Her patients’ situations and observations inform her four-step approach to offering an apology. In this High Holiday season, when we want to make amends with others, Howes’ illuminating book is a valuable guide “to make things right.”

Howes recently spoke with JewishBoston about her apology model’s four steps and why saying “I’m sorry” does not always jumpstart an effective apology.

Why is it so hard for us to apologize?

First of all, neuroscientists tell us that our brains want to be efficient. Going back and reconsidering if we’re wrong is complicated and expensive in terms of energy consumption. Also, perceptually, we are very bad at seeing our mistakes. We don’t notice when we do things wrong. We don’t notice our impact on other people, either. Those are not personal resistances; they’re hard-wired aspects of our brains.

There is also cognitive dissonance. If you believe that you are a good person and someone tells you that you hurt them, that might present a conflict. You might think good people don’t cause hurt and you have to resolve that. In addition, there are huge cultural norms that make it harder to question ourselves or focus on the impact we have on another person. For example, an American ideal is the confident individualist without self-doubt.

What traditions or concepts influence your four-step apology?

The sources of parts of this model are found in world religions. Almost every religion I’ve encountered has some version of repentance, confession, making amends and/or atonement. To me, that suggests that apologizing is essential for humans. A basic assumption is that people make mistakes and need ways to repair the hurt and harm they cause. The goal is to restore the community and the people involved to a place of trust. And that’s a really different model from a punishment model. My apology steps are about being accountable; they’re not punitive. 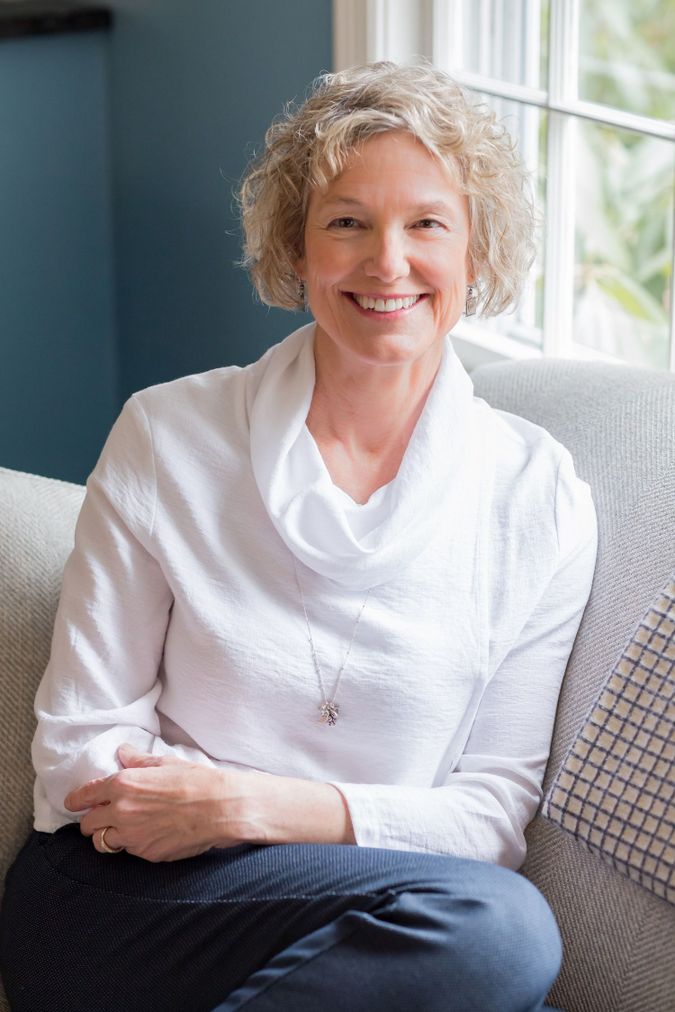 A lot of people may find it surprising that saying “I’m sorry” is not the first step in your four-step apology. What initiates the process?

The first step doesn’t involve saying anything, and I do think that is surprising to people. It involves listening. In the beginning, nothing about the apologizer’s, intentions, motivations or character is relevant. Step one only focuses on learning about the impact of your action or inaction on the other person. It’s only about their experience, and that’s a kind of listening that many of us are not so comfortable with. We’d rather take an action and handle something than open ourselves up to being receptive in that way. We might know what we did, but we’re often wrong about how we affected the other person. Even people we know very well.

In step two, a person acknowledges being accountable. How can that happen without being defensive?

Once you’ve decided to do the listening in step one and you’ve heard the impact on the other person, it’s easier not to be defensive because you feel empathy and compassion for them. An apology is not a conditional statement; it is a responsible statement. You can’t say, “I’m sorry that you feel that way, I’m sorry that you misunderstood me, I’m sorry but you made me do it or you hurt me first.” You can simply say, “I’m sorry that I hurt you,” which has a very different impact from, “I’m sorry you were hurt or for what happened.” It does not mean that you’re to blame. It’s very important to remember you could have hurt someone without having done anything wrong, without having made a huge misstep or done something intentionally unkind.

What’s the intent of offering reparations in step three, and what’s the key to making it successful?

Most of us think about financial reparations and think about it for large groups rather than for individuals. However, in personal relationships, you want to return to a different kind of wholeness, and it’s more likely to be symbolic than financial. It can be something material, like giving an object representing the repair or replacing something you damaged or lost. But in relationships, it’s more likely to be a do-over—“Can we try again?” You can’t change what you did wrong, but it’s a chance to get it right on the second try. People may think it’s very corny and silly to restage somebody’s birthday or an important event, but it’s surprisingly powerful. It’s a chance to have the experience again, but in a better way.

How do you initiate step four—changing the situation—so it doesn’t occur again?

Step four is the one that is most often missed. You may feel so relieved when you get through the other steps that you’re ready to be done with apologizing. Often, the aggrieved party is so appreciative of the apology, and they also want to move on. But it can cause more hurt later if you neglect this step. This is an error that also happens in the beginning of a relationship: you don’t set up things the way you want them to continue. You may put your best foot forward and be very accepting and accommodating in all kinds of ways that are really not good for you or that you can’t sustain over time without self-harm. After a relationship breach or interpersonal hurt, I’ve heard many people say, “I know I won’t do it again, or I promise I won’t do it again.” But unless something substantial is changed to support that intention, it’s very likely to fail.

How does the Japanese concept of kintsukuroi, effectively showing something new and beautiful can come from the shards of a hurt or broken-down relationship, serve as a metaphor for apology?

That metaphor is a big part of the book’s message. The mended crack in a pot now symbolically lined in gold is called kintsukuroi, and its beauty portends well for the future. After you’ve experienced hurt, your relationship has a scar—a crack from the past. But the way you repair it gives the two of you something so precious and so unique that it’s a real treasure going forward. Before there’s a mistake, before there’s harm, or before there’s a repair, you have two people who appreciate things about each other, but now, together, you’ve created something brand-new.

What’s your advice about receiving an apology?

Sometimes people are grateful for the other person’s attempt to apologize that they accept the apology too soon, before it’s really resolved. Sometimes it’s even before they know the extent to which they’ve been hurt. You might want an apology to be over with, so you swallow your feelings. If you take your time and ask the other person to be patient until you both finish with step one, then it’s more likely to be a thorough repair by the end. You can say, “I’m not ready to talk about this yet. I’m too mad at you, or too raw, or too confused, but please try me again on Tuesday.”

When shouldn’t you apologize?

If you don’t mean your apology, you shouldn’t make it! Also, if someone has cut ties with you or has asked you not to talk to them about the hurt again, you should honor the request. However, even if you can’t make an apology to the other person who is harmed, you can make a vicarious or symbolic one on behalf of that person, and that’s worth doing.

This post originally appeared in JewishBoston.com. Reposted with permission.

Judy Bolton-Fasman is the arts and culture writer for JewishBoston.com. Her essays and articles have appeared in The New York Times, The Boston Globe, The Forward, Tablet Magazine, The Jerusalem Report, Cognoscenti and other venues. Email her at judy@jewishboston.com.

Just in time for Yom Kippur, a better way to say ‘I’m sorry’