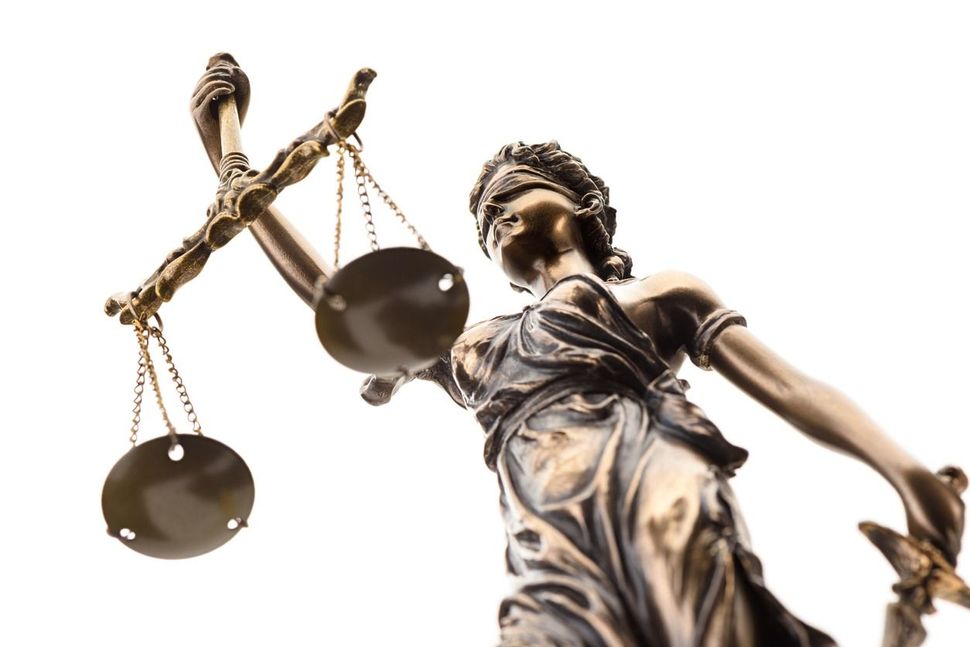 Can the law unite us, inspire us, and keep us safe? As American institutions become politicized – from the NFL to the CDC – so too the law: the politics around policing, cash bail, and both recent and impending Supreme Court nomination hearings (to name but a few instances) have diminished the law’s ability to provide shared norms and mutual trust.

Some see “law and order” as the solution to our current problems, advocating simply for stronger enforcement of existing laws, and punishment for those who violate them. But punishment does not equal justice, and it certainly does not guarantee order. So what is the connection between law and order, punishment and justice?

These questions are central to Jewish thought. This year, as we move through the High Holidays, also known as the Days of Judgment, we have been studying texts from Jewish tradition that consistently refuse to depict God as an all-powerful enforcer of an abstract law. We must ask: if God is a paradigm of strength and God’s laws are perfect, why does our tradition furnish so many examples of God’s leniency in Her enforcement of the law? And if God’s law is good, and meant to advance human welfare, how can God in good conscience choose not to enforce it? These questions are more relevant than ever in our moment of reckoning on the meaning of law and order.

One of the earliest Rabbinic depictions of Rosh Hashanah places the dramatic confrontation between justice and mercy at the very heart of the day:

Yehuda bar Nachman opened in the name of Reish Lakish:… When the Holy Blessed One ascends and sits on the throne of judgment, She does so with justice.

But [on Rosh Hashanah] when Israel take their shofars and sound them, the Holy Blessed One stands up from the throne of judgment and sits on the throne of mercy… (Pesikta de-Rav Kahana 23)

According to Reish Lakish, one of the Talmud’s preeminent scholars, God first approaches Her people as a commanding legal figure, ascending to a place of authority to enforce the law. But before “enforcing” the law, She encounters Her subjects and hears their voices. These voices, the cries of the shofar sounded in synagogues around the world, are likened elsewhere to the wordless cry of a bereaved mother – and God is moved, quite literally. She deserts the throne of judgment for the throne of mercy.

And when God takes the throne of mercy, Her attribute of justice is transformed into the attribute of mercy. In other words, judgment isn’t put aside in favor of mercy; it becomes mercy. On the Day of Judgment, we see Her law is mercy itself. The law is not a fixed statute, imposed on others through enforcement and punishment. Rather, the law facilitates the encounter between the judge and the accused, across the metaphysical chasm between humanity and God, and elicits the voice of the less-powerful party. This paints law not as an instrument of force, but as a medium for allowing us to hear one another.

This is likely to excite those already skeptical of a message of law and order. But God’s transformation from justice to mercy will not address concerns of disorder and chaos should the law be relaxed. Remarkably, the Talmud also addresses the claim that society is preserved through the strict enforcement of the law — and emphatically rejects it:

Rav Yosef begins by connecting the law to other social practices that protect the vulnerable: visiting the sick, burying the dead. These are examples of what feminist philosopher Eva Feder Kittay calls “dependency work.” Rav Yosef teaches that law should – and must – be conceived as dependency work: not the imposition of rules or order, but the protection of the vulnerable.

This framing of the law lays the groundwork for one of the most shocking statements of the entire Talmud – and one of its most important:

And Rabbi Yohanan said: Jerusalem was only destroyed because they judged in it the law of Torah.” But should they have used Zoroastrian law?! Rather, say: Since they upheld their laws according to the law of Torah and they did not serve inside/beyond the line of the law (ibid).

Rabbi Yohanan blames the literal, strict enforcement of God’s own law for the destruction of Jerusalem. Critically, the problem is not the content of the law – the Talmud makes it explicit that substituting a different legal code (Zoroastrian law!) would be no better. Instead, the issue lies in the mechanistic and demanding method of its application.

Rabbi Yohanan is rejecting an entire strain of Biblical tradition that places the blame for Jerusalem’s destruction on Israel’s sins, from idolatry to injustice. And he argues that it is not transgression that wreaks destruction but instead the overzealous enforcement of the law. Looking at the mayhem incited by the arrival of federal troops in Portland over the recent weeks, it is hard not to empathize with Rabbi Yohanan.

In these brittle months of separation and conflict, as we decide our fates as individuals and as a nation, the Rabbinic tradition speaks with a single voice. Law is not meant to be enforced as domination – not even God has that prerogative. And even the noblest law can bring devastation and chaos when alienated from people or when enforced by those alienated from one another.

Jason Rubenstein is the Howard M Holtzmann Jewish Chaplain at Yale and senior Rabbi of the Joseph Slifka Center. Tali Farhadian Weinstein is a former prosecutor and an Adjunct Professor of Law at New York University School of Law. All opinions are their own.