By David A. Lehrer and Janice Kamenir Reznik October 5, 2020

In early 2017 and 2018, some of us warned about the clear-for-all-to-see dangers of President Donald Trump to the values and norms that keep Jews and other minorities safe in this nation. We asked other Jewish leaders to speak out on behalf of their organizations and the community about what was happening to our democracy.

We were publicly criticized, even condemned, by some.

In response to what has become irrefutably clear, our leadership has an obligation to speak now and make right what they have failed in doing thus far in the era of Trump — to stand up to bigotry and prejudice — even if at a cost. There are only a few weeks left to make it right.

Today, every concern we noted in years past has been realized, including unprecedented violence targeted against Jews. Indisputably, when hate speech and hateful policies are not confronted, they will spread and lead to violence, as they have. 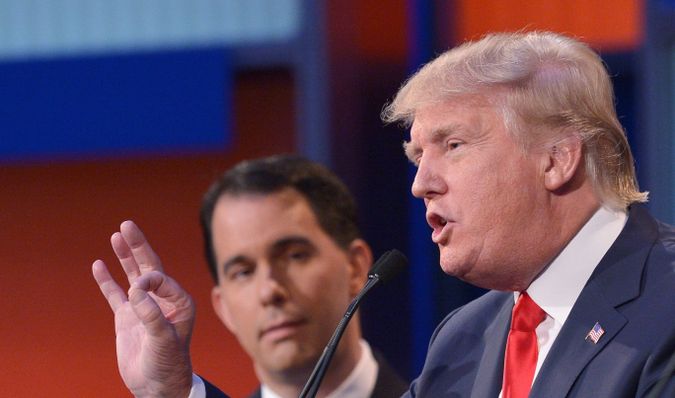 Few were the Jewish leadership voices in our communal institutions who spoke up at even the most egregious Trumpian abuses. Rabbis who did were often slapped down by their boards of directors; Jewish non-profit leaders seemed to first to gauge the political attitudes of their donors and then many decided to remain silent, concerned that if they spoke out they would damage the unity of their organization and the sanctity of their budgets.

Whatever happened to the prophetic voice for which the Jewish people are known and recognized? The Biblical prophets elevated the notion of speaking truth to power and introduced the voice of conscience which Jews have embraced as one of our core principles. Where is it written that rabbis can only speak out if their congregants unanimously agree with the message? Have we reached a point where there’s a veto on courage or where contributions transcend conscience?

Our leaders should lead. They must set a moral and practical example of what our tradition calls on us to do.

Viewing our president’s policies, actions and statements as nothing more than a political disagreement is the greatest danger facing us all.

Separating children from the parents at the border is not just a political act, it is a moral disgrace.

Minimizing a white supremacist Nazi march by saying, “There are good people on both sides” is not just a political statement, it is moral corruption.

Restricting immigration to a fraction of America’s traditional numbers as the president did this week is not sound policy, it is an act of callous indifference to suffering and historical precedent.

Reluctance to condemn white supremacy and its purveyors (including the bigoted and extreme Proud Boys) is calculation and cowardice in the face of hate.

No other president in the modern era would have hesitated for a second to condemn and distance himself from violent, extremist and racist organizations and demonstrators. Nor would they have closed our borders to the “tempest-tossed” or separated parents from their children and fail to keep track of the families.

The prophetic voice is always needed. Isaiah tells us “Learn to do good and to seek justice….” Edmund Burke reminded us of what happens when we remain silent, “The only thing necessary for the triumph of evil is for good men to do nothing.”

Our communal leadership is most needed when people have become complacent with the status quo and inured to the realities of what is going on around them. When we become numb to the latest outrage and indecent comment.

In 2016 Mitt Romney observed, “You get to the point where you say, your grandkids are going to say to you, ‘Papa, what did you do to stop Donald Trump?’ I had to finally get out and speak.”

Our leaders are running out of time to get out and speak, there will be a reckoning by history, and by their grandkids.

David Lehrer is the president of Community Advocates, Inc. Janice Kamenir-Reznik is the chair of Jews United for Democracy and Justice