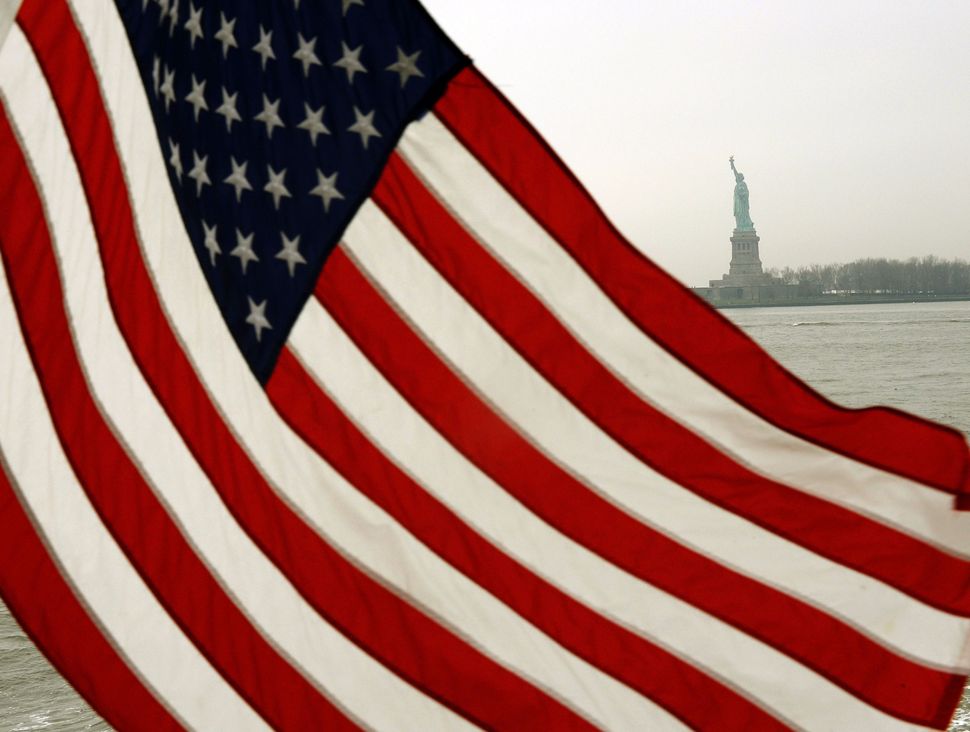 Lazarus, a relative of the United States’s first Jewish settler, wrote the poem “The New Colossus” to raise funds for the base of the Statue of Liberty in 1883. That poem, most famous for the lines “Give me your tired, your poor,/Your huddled masses yearning to breathe free,” was added to the statue’s base in 1903, inscribed on a bronze plaque. 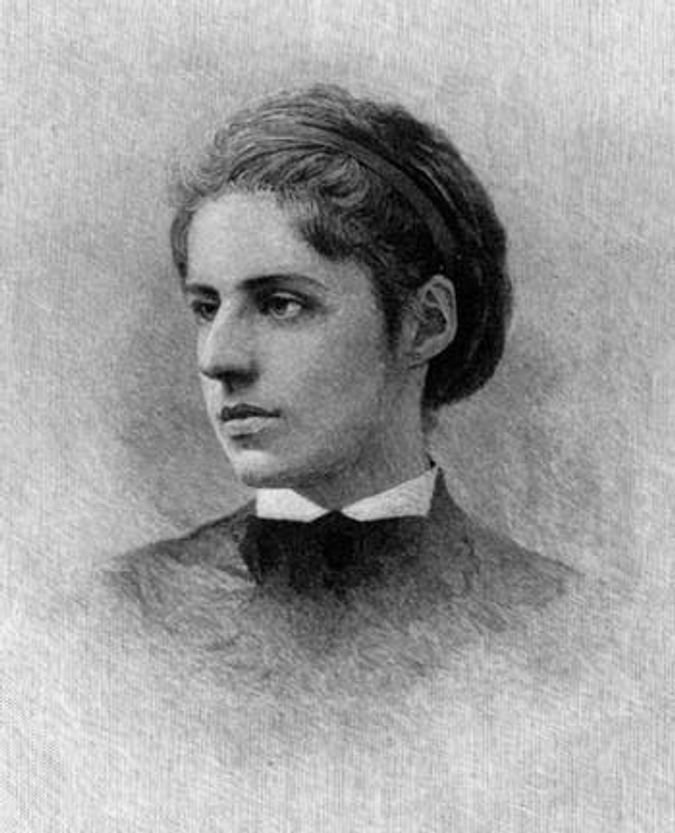 A drawing of Emma Lazarus. Image by The New York Historical Society/Wikimedia Commons

That fact became a point of contention yesterday when CNN’s Jim Acosta asked Miller about the human implications of the Trump administration’s stringent new immigration proposals.

“What the president is proposing here does not sound like it’s in keeping with American tradition when it comes to immigration,” Acosta told Miller, quoting Lazarus’s poem as evidence.

As ThinkProgress’s Rebekah Entralgo pointed out, Miller’s point is one that has long been a common refrain among white nationalists, who claim that the poem’s late addition to the statue means its message is of no relevance to the statue — that is, when they’re not weaving anti-Semitic conspiracy theories about it.

As The Washington Post’s Kyle Swenson reported, David Duke once included a chapter on Lazarus in a book, writing “As I looked into the American fight over immigration laws during the last 100 years, the driving force behind opening America’s borders became evident: It was organized Jewry, personified by the poet Emma Lazarus.”

Swenson also pointed out that Lazarus’s name frequently pops up on the white nationalist website Stormfront, citing a post titled “Give Me Your Huddled Masses — The Jewess who tried to destroy the US!” as a standard headline.

We would point out that in this battle of Jew versus Jew, which white nationalists on Twitter are heralding as a Fun Sport, Lazarus has already won. Miller became relevant with the rise of a president who has the lowest approval ratings in recorded history, and as that president loses relevance, so will his pasty protegee. Lazarus, on the other hand, has shaped our national conversation for over a century. Give her your tired, your poor, and Stephen Miller’s ego for dinner, while you’re at it.