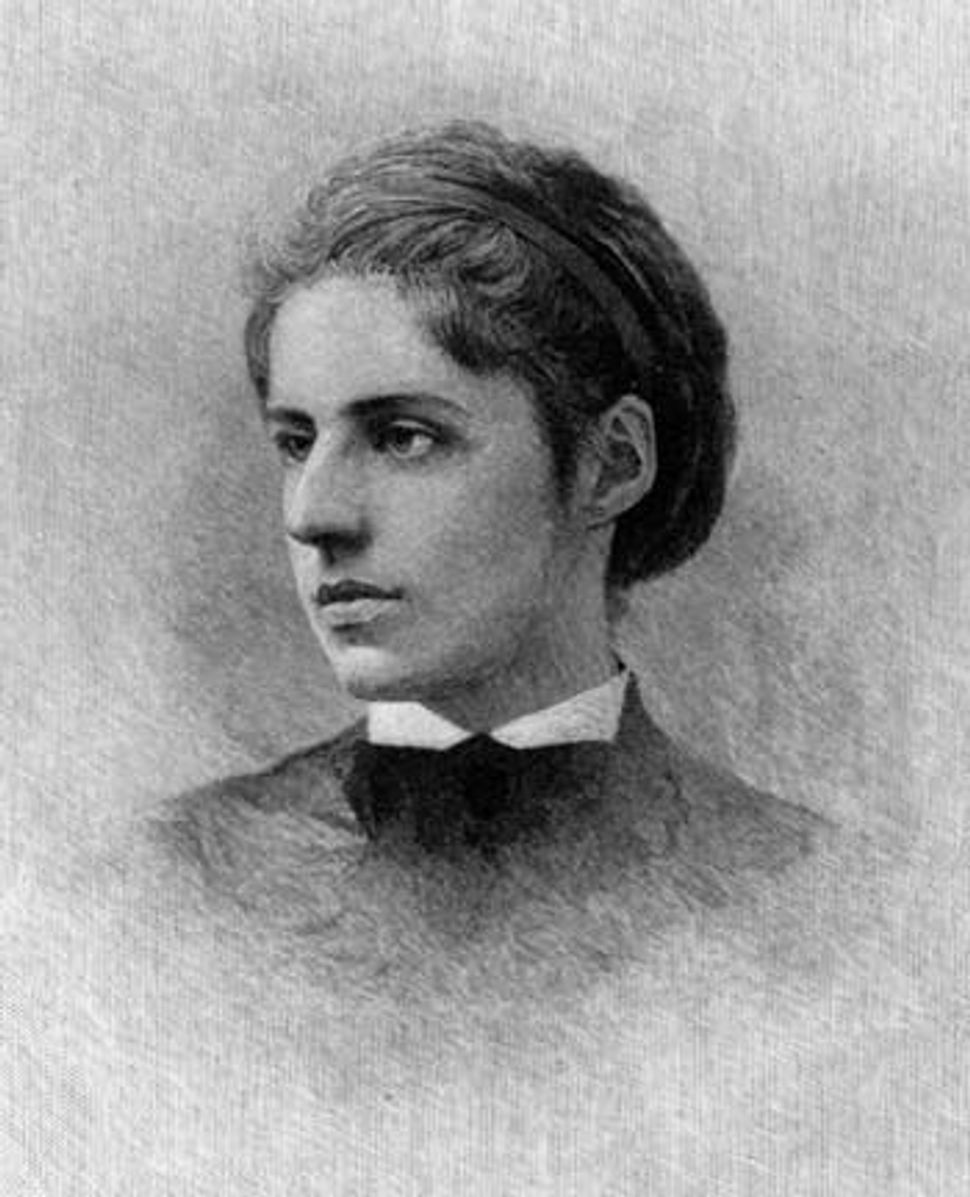 Most people encounter Emma Lazarus only inside the pedestal of the Statue of Liberty. Her sonnet, “The New Colossus,” written in 1883, has become inextricably identified in the public mind with the wave of immigration to the United States from the 1880s until 1924. However, a new free mobile tour produced by the Museum of Jewish Heritage now enables us to get to know Lazarus by visiting sites around Manhattan that were integral to her life, and at the center of intellectual and artistic life during the Gilded Age.

Produced in association with the museum’s new exhibition, “Emma Lazarus: Poet of Exiles,” which opens October 26 and runs through the fall of 2012, the tour makes 19 stops from Battery Park to the Upper East Side (with 80 percent in and around Union Square and Madison Square Park). The tour app, which is downloadable to iPhones and Android smartphones, is programmed with GPS, so that users can visit sites closest to them geographically and not just follow the tour chronologically.

The tour — the museum’s first foray into app technology — comes in addition to actual Emma Lazarus walking tours given by museum staff, and an interpretive interactive component in the galleries. “We deliberately call it a mobile tour, rather than a walking tour,” explained Senior Project Manager Alice Rubin to The Arty Semite. Although the stops are only a couple of minutes each, the route covers a lot of ground and people may want to hop on a bus or subway between tour stops.

Rubin and Melissa Martens, the exhibition’s curator, wrote the tour’s script and actress Julianna Margulies narrates it. “When we were thinking of who to ask to narrate, Julianna popped into my mind,” said Rubin. “She has a beautiful voice, she’s a great actress, and she is around the same age as Emma was at the end of her life [Lazarus died at age 38]. I also thought about the connection to her show, “The Good Wife,” which deals with the related themes of immigration and politics.”

Rubin recalled that once Margulies read the tour’s script she exclaimed, “Wow, what an amazing life!” Indeed, everyone involved in preparing the exhibition and the tour were astounded by what they learned about Lazarus. “None of us really knew how far reaching her influence was, and how much she was part of the New York writing community at the time,” Rubin said.

Many of the buildings associated with Lazarus — her family’s homes, homes of friends and relatives, art studios and concert halls, social welfare and immigration institutions, newspaper offices, and synagogues — still exist. As one stands in front of them and listens to Margulies’ narration, one is taken back in time to the sights and sounds of the life of the privileged class in New York in the second half of the 19th century. One meets the major figures with whom Lazarus associated, like Ralph Waldo Emerson, architect Stanford White, sculptor Augustus Saint-Gaudens, actor Tomasso Salvini and literary luminaries Mark Twain and Henry James.

One also learns about Lazarus’ Jewish identity and her Sephardic lineage dating back to her great great uncle Gershom Mendes Seixas, who served as the spiritual leader of Shearith Israel, New York’s first Jewish congregation, and his brother Moses, who authored a very famous letter to George Washington. One stop is at the home of Judge Benjamin Nathan, Lazarus’ uncle, who was murdered there in 1870. The crime affected Lazarus deeply and rocked New York’s elite society. Edith Wharton’s family’s home stood next door to Nathan’s.

The tour app also includes a reading of “The New Colossus” by actress Meryl Streep.

Visitors to the exhibition can download it on the museum’s Wi-Fi. Alternatively, it can be downloaded for free from any location from the iTunes or Android app stores.