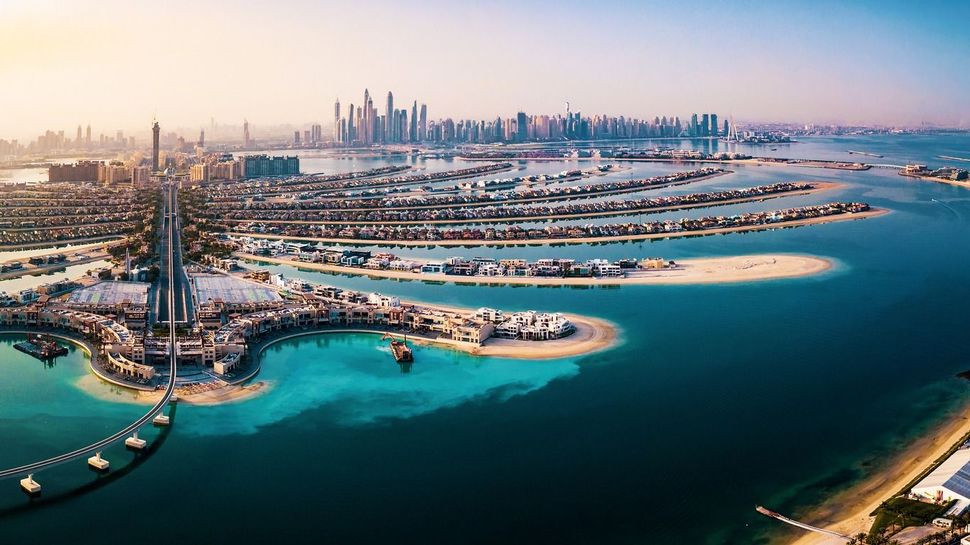 Shortly after Israel announced the peace accords with the United Arab Emirates (UAE), I spent the recent holidays with my family in Dubai.

I have visited Dubai twice before, and on both occasions, I hid that I am Israeli. I traveled on my U.S. passport and I tried not to look too Jewish. Both times, I went to promote the growth of United Hatzalah and United Rescue. The first time I traveled there, I was on my way to help start operations with a partner organization of United Hatzalah in India and was building the framework to help launch the organization in Dubai. On my second trip, I was invited by the government to talk about how the work of United Rescue in Jersey City was improving response times, in the hopes of opening up a similar organization in Dubai.

At the time, I didn’t mention that United Hatzalah was founded and is most active in Israel. I spoke only about our international teams and activities. I met with his highness Sheikh Mohammed bin Rashid Al Maktoum, the Vice President and Prime Minister of the UAE and Ruler of the Emirate of Dubai. I left with a good feeling that we had made progress.

But this trip, the one I took over the holidays just now, was different. After having missed Pesach with my family due to being hospitalized in Miami with Covid-19, and not having been able to take a vacation with my family in the previous year either, I decided on the spur of the moment to take my family to Dubai. I booked tickets two hours before the deadline to leave the country, which was about to enter lockdown and off we went to Dubai via Ethiopia.

This trip was completely different from my previous excursions. I wore my kippah proudly. No one in my family was afraid to show our Jewish or Israeli heritage.

When we got to immigration in Dubai, the welcome we got was incredible. The Emirati officials were ecstatic to see us. We told them we were from Israel and they expressed their wish to come to visit. We traveled to the apartment that Rabbi Levi Druchman, the Chabad Shaliach of Dubai, had arranged for us and we had all of the meat that we needed as well as the four species, which we had brought with us from Israel. Rabbi Druchman also arranged a beautiful sukkah for us outside in our yard overlooking the beach.

The highlight of our trip was meeting the Alabbar family, who were introduced to us by Avi Hier from the Simon Wiesenthal Center in Los Angeles. Mohamed Alabbar and his son Rashid greeted us and were incredibly gracious. In his younger years, Mohamed founded a company called Emaar Properties, the developer of the Burj Khalifa and the Dubai Mall; he also created Noon.com.

I met Mohamed, his son Rashid, his wife Miriam and their whole family. They are proud Emiratis who are close to all of the leaders in the region and have been big proponents of normalizing relations with Israel for a long time now.

I told them how proud we are at United Hatzalah of the cooperation between our Muslim and Jewish volunteers in Israel. They both loved my stories about how Jews, Muslims, and Christians found something in common and are able to work together. The Alabbar family doesn’t see any difference between Muslims, Christians or Jews, but rather believe that we are all human and that we all have the same problems, challenges, and joys. We all have to learn how to live next to each other and with one another, especially in this small region of the world.

Mohamed and his son told me that they had visited Israel a few times, and they loved what they had seen. Now, my family and I got the chance to visit their home and spend time with them. I got to introduce them to my newest grandchild Gavy, who enjoyed sitting on Mohamed’s lap. It was beautiful to see. This is the Middle East that I am excited about. Their family showed us a sense of hospitality that made us feel like part of their family; they are special people that I want every one of us to know about.

I was so impressed with his humbleness that I gave Mohamed my own personal United Hatzalah vest, with my title and the flag of Israel on it. He was very appreciative of the vest and he told me that he was going to hang it in his office.

These are the people who decided to put all of the hatred aside and sign a peace agreement in an effort to find things in common with us instead of searching for things to keep us apart. Hopefully, more countries will follow in the footsteps of the UAE, Bahrain and Sudan, and will get to know the real Israel.

Before I left, Mohamed told me that he wants to think of ways to build organizations like United Hatzalah in other countries throughout the Middle East. I look forward to continuing to build our relationship and hopefully extend the work of United Hatzalah to all of the countries in our region so that we can save more lives — the real work of any country.

Eli Beer is the father of five children, a social entrepreneur and president and founder of United Hatzalah of Israel, an independent, non-profit, fully volunteer EMS organization that provides fast and free emergency first response throughout Israel.