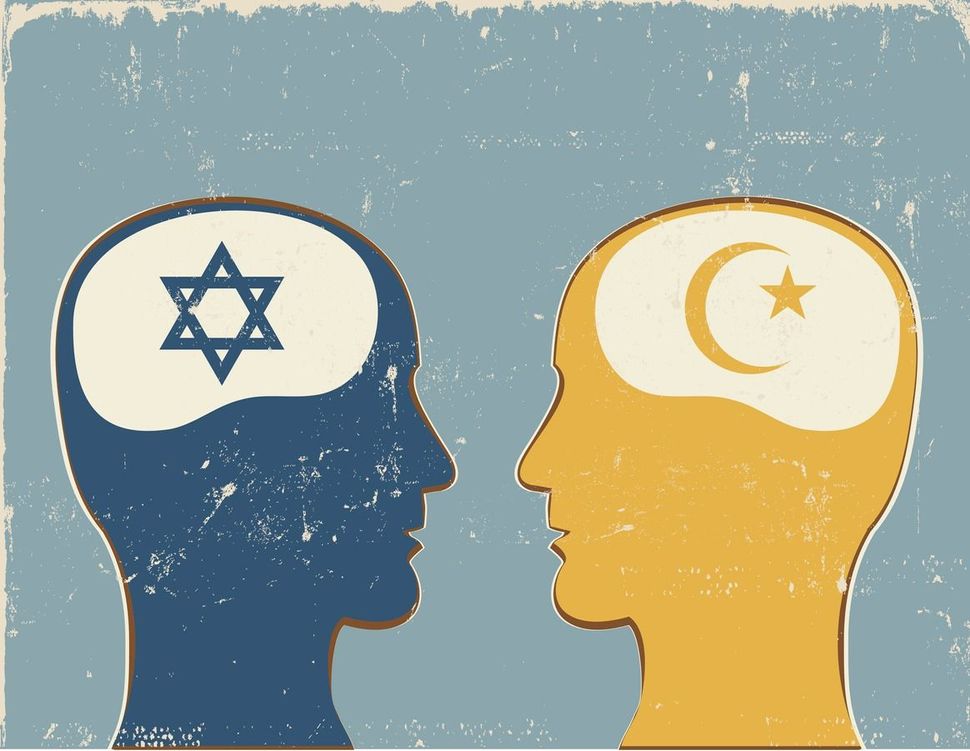 Do miracles still happen? If you ask me, yes. But as the story of Hanukkah exemplifies, they are often lived out by human beings doing holy work.

This week, we might have borne witness to another one. Never did I imagine that I would be standing on a 31st floor balcony in Manhattan with the Consuls General of Israel and the United Arab Emirates, the Manhattan Borough President, local religious leaders, and lay leaders, kindling the lights of Hanukkah and sharing words of blessing. Yet on the fifth night of Hanukkah, we did just that – joining a cadre of menorah lightings around the world, which heralded this year’s peace treaty between Israel and the United Arab Emirates, three other countries, and the possibility of more on the way.

More moving than the lighting itself was the real friendship between people emerging before our eyes. It was evident that the staff members from both the Israeli and Emirati Consulates had become friends, with those arriving early sharing in moments of personal levity and connection amid the process of setting up.

Then, at the ceremonial moment of lighting the Hanukkiah, we found ourselves using our hands to block the wind together, so that the candles would stay lit. In a literal way, we would not let the light go out and found ourselves appreciating its glow amid the collaborative effort.

Consul General Abdalla Shaheen of the United Arab Emirates had brought his daughter to light one of the candles, and Consul General Israel Nitzan of Israel gave her a stuffed animal as a Chanukah gift. In many ways, she embodied the future of the gathering – carrying forward the light that she helped kindle.

The evening readily came to feel more like a Muslim-Jewish holiday party than an act of diplomacy. It was an affirmation of joy and hope that we all sorely needed. Even with social distancing needs and busy schedules, nobody rushed home after the Hanukkah rituals, but stayed to connect and revel in the light of relationship.

In contrast to so many moments of the past year, the menorah lighting felt deeply human and humanizing. Naz Georgas, Executive Director of Cordoba House, a progressive Muslim community and long-time collaborative partner with our community at East End Temple, reflected at the candle-lighting that God impels human beings to pursue peace. If so, then the peace accords between the UAE and Israel were a manifestation of the Divine.

All the more so is that neither Israelis nor Emiratis seemed contented to stop at the written document itself. Peace was to be far more than a path to economic growth and security. It would be actively lived out between people from both countries, with the potential for deep, enduring friendships.

During one of the longest nights of an ever-darkening year, we kindled light, protected it, and realized that it was never to be confined to the Hanukkiah itself. The menorah was to be a symbol of inspiration that we brought forth into our lives and affirmation that an unexpectedly close friendship between could well be miraculous.

Rabbi Joshua Stanton serves East End Temple in Manhattan and is a Senior Fellow of CLAL – The National Jewish Center for Learning and Leadership.