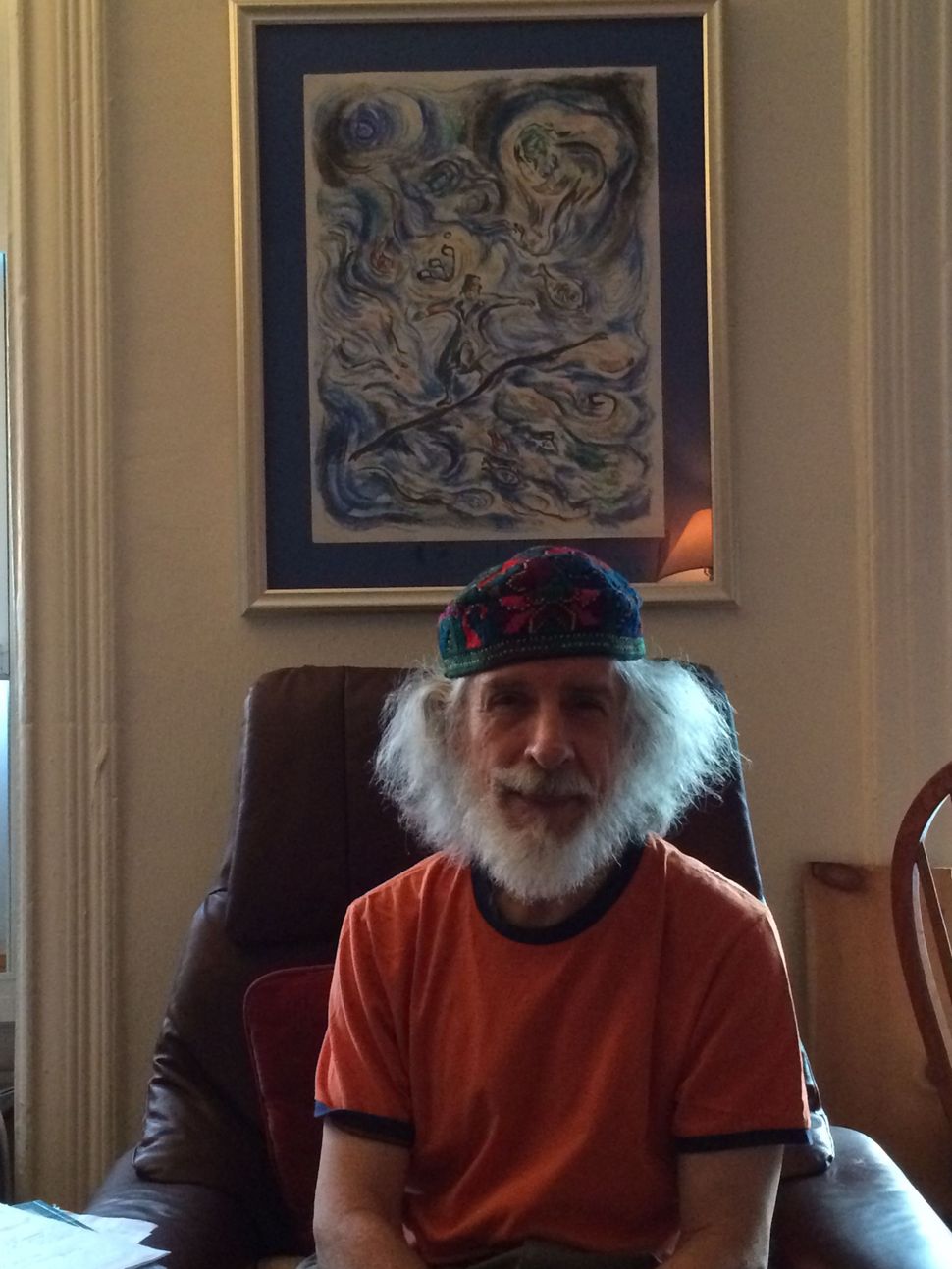 In a small apartment in Brooklyn Heights, no more than a room and a bit, Yitzhak Buxbaum worked, rested, taught and dined.

He and his wife, Carole Forman, hosted friends and followers in that cluttered apartment, with manuscripts-in-progress scattered about and Hasidic paintings on the walls. Sitting there with him, as I did so many times, was magical — like being transported back to the 17th century with tales about the Baal Shem Tov and his successor, the Maggid of Mezeritch.

Buxbaum, an ordained Maggid, or storyteller, and the author of 10 books on Jewish spirituality, died on Wednesday of cancer. He was 77 and is survived by his wife and two brothers, Curtis and Kenneth.

A successor to the late Rabbis Shlomo Carlebach and Zalman Schechter-Shlomi, who trained him, Buxbaum saw storytelling like a pianist who plays to enthrall an audience. He bridged traditional Hasidic approaches and modern neo-Hasidicperspective with unusual ease. He reminded me of the great Rebbe Nachman of Breslov, who said before he died in 1810: “Some people tell stories to put people to sleep. I tell stories to wake them up.”

Like the early Hasidic masters, his mission was to train a new generation of storytellers, giving them a deep appreciation for the ability of Jewish tales to touch people’s souls. He taught storytelling to Reform and Conservative rabbinical students, and ran two-year training program that graduated 41 men and women, part of a modern revival of the ancient art.

His graveside funeral on Thursday in Long Island highlighted his incredible influence across invisible Jewish divides over his 40 years as a spiritual guide. Representatives of the Breslov, Chabad and Renewal communities — all students of the man we called Reb Yitzhak — joined in love for a teacher who was able to spark people’s connection to prayer and Jewish ethics while avoiding unnecessary partisanship. Romemu, a Manhattan synagogue, is hosting virtual shiva minyanim and will take possession of his personal library of Hasidic works.

Born Robert Buxbaum, he graduated from Cornell University in 1964 and pursued a doctorate in marine biology at the University of Michigan before deciding to devote his life to championing the inspirational work of Rabbis Carlebach and Schechter-Shlomi, and those who came long before. He spent time in a Lubavitcher yeshiva and studying Hebrew in Israel before officially being ordained as a Maggid.

He earned his living teaching and writing, and was always proud and ready to open a folding table at a conference or synagogue and display, discuss and sell his books.

Many were introduced to him through his 800-page masterpiece, Jewish Spiritual Practices, which Rabbi Carlebach once called, “Mamash a rebbishe sefer!” – a real book for a rabbi. I met him through his 50-page paperback, called Real Davening , which is essentially a chapter from that larger tome. That small volume sparked a fire in my prayers, led me to call him my teacher and become his life-long student.

Buxbaum was a “rebbe” to many rabbis – Reform, Conversative, Orthodox, Hasidic and Renewal. His ability to use holy text and tell holy stories was a language that entered all our hearts and souls. Somehow, he was able to bring people into the same small place, whether the warm apartment in Brooklyn or by his gravesite, with warmth and love.

In the hours after his death, scores of people – many living in Israel – have written on social-media how Reb Yitzhak “discovered” them in Sufi bookstores or subways. They shared how his enthusiasm and encouragement – without judgment – brought them to higher and higher levels of connection to Judaism.

Reb Yitzhak had “Holy Chutzpah.” It was the same natural comfort in calling out to God for a shirt button or asking a friend to deliver a book to a 17th Century gravesite.

I join people on a pilgrimage to the Ukraine every Rosh Hashanah to Reb Nachman’s grave in Uman. One year, Buxbaum asked that I bring his best-seller, The Light and Fire of the Baal Shem Tov to the gravesite of the Baal Shem Tov – a 12-hour drive from Uman. It was an honor; his requests were like prayers we longed to answer.

Our last conversation, about 10 days before he died, warms me. “I love you,” he told me. Reb Yitzhak, we love you too.

Rabbi Gil Bashe is part of the Breslov Research Institute, gives tours of Rebbe Nachman’s Uman during Rosh Hashanah and is a long-time student of Maggid Yitzhak Buxbaum who served as a spiritual advisor to his training program. Email: gbashe@optonline.net.