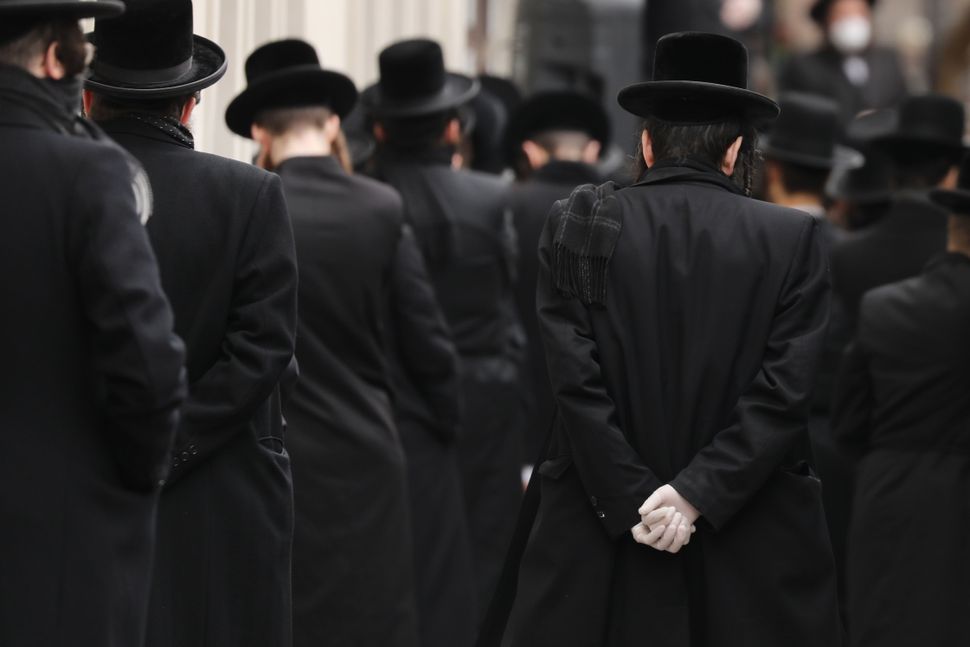 In 2016, a shoe shopping expedition with my mother turned political.

A pair of navy shoes from the clearance aisle called my name. My mother, a card-carrying liberal and an Orthodox woman, balked.

The reason for her disdain? These were Ivanka Trump shoes, with the name of The Donald’s favorite child clearly labeled on the insole.

“You can’t buy those,” my mother said.

“Her father is crazy,” she said.

“We know a lot of people with crazy fathers. I don’t think it’s fair to hold that against them,” I responded. I was glad I’d figured out a way to buy the shoes without causing a scene in the Upper West Side DSW. And so I became a proud, if insignificant, consumer of the Trump brand.

It turned out that those shoes weren’t a good fit at all. They were too uncomfortable to walk in, and decidedly “not me.” I threw them out this summer, around the same time that I decided that President Trump was no longer a good fit for our country.

Despite never being a fan in the past — I did not vote for him in the 2016 race — I had never seen him as the outright danger that others long had. But in the summer of 2020, I became frightened by the divisiveness he sowed and the recklessness with which he conducted himself, not to mention tired of a pandemic that seemed totally vacant of federal leadership. I vowed that I would not continue my silence.

The only problem? I live, work, and raise my children in a Haredi environment, and the vast majority of our friends and family are Trump supporters. They’re not the red-hat wearing, MAGA flag-flying caricatures of Trump supporters, but they were disappointed by my disdain.

In the aftermath of President-elect Joe Biden’s victory in the November election, and Trump’s disastrous refusal to accept that result, things soured quickly. I learned the loneliness that comes with opting out of the popular political rhetoric. Watching last week’s horrific insurrection led by Trump supporters has only heightened my feelings of alienation.

It’s deeply unsettling to see those who I love support someone I believe to be so toxic.

And yet, in a year when politics, and our politicians’ failures, have taken so much from us, I refuse to let them, and Trump in particular, rip my loved ones from me.

I’ve heard of relationships ruined over Trump support. I won’t let that happen. Sadly, conducting mental gymnastics to hold my friends and family close — stretching to see them as more than their political loyalty — often seems to be my only option.

In the vein of the Jewish concept of being dan l’chaf zchus, or judging my fellow Jew favorably, I have vowed to assume the best, not the worst, of their intentions. There is no chance that the hardworking, loyal Americans in my community wish to deliberately inflict harm on this country. No chance at all.

They point to a Trump presidency marked by unparalleled support of Israel, a strong economy and the seemingly miraculous Abraham Accords. Trump’s support for reopening religious schools and synagogues during the COVID lockdown only further endeared him. In the view of my Trump-supporting peers, supporting President Trump means placing emphasis on his actions over his rhetoric.

Yet rhetoric has consequences. We saw clear proof of that on Jan. 6, but it’s a fact my community should already understand — after all, rhetoric aimed against Haredi Jews has led to increasing violence against us in the past years. So it should come as no surprise, to us or anyone else, that the president’s rhetoric incited some of his supporters to stage an insurrection, an act of fatal violence that has shaken us all.

Trump’s supporters in my community have come upon a moment of change. I feel it in them: a new sense of doubt, questioning whether their loyalty might in fact be linked to this dark moment.

I will not gloat. I wish these conversations might have happened earlier, but I won’t indict an entire community for getting swept into a political momentum that seemed to swallow half of our country.

As Trump’s presidency ends, I will settle back into my community and pray that we can move forward. I chose to evict those Ivanka Trump shoes from my closet, and I’m choosing to evict the Trump drama from my psyche.

I’m ready to move onto a new era. I hope I’m not alone.