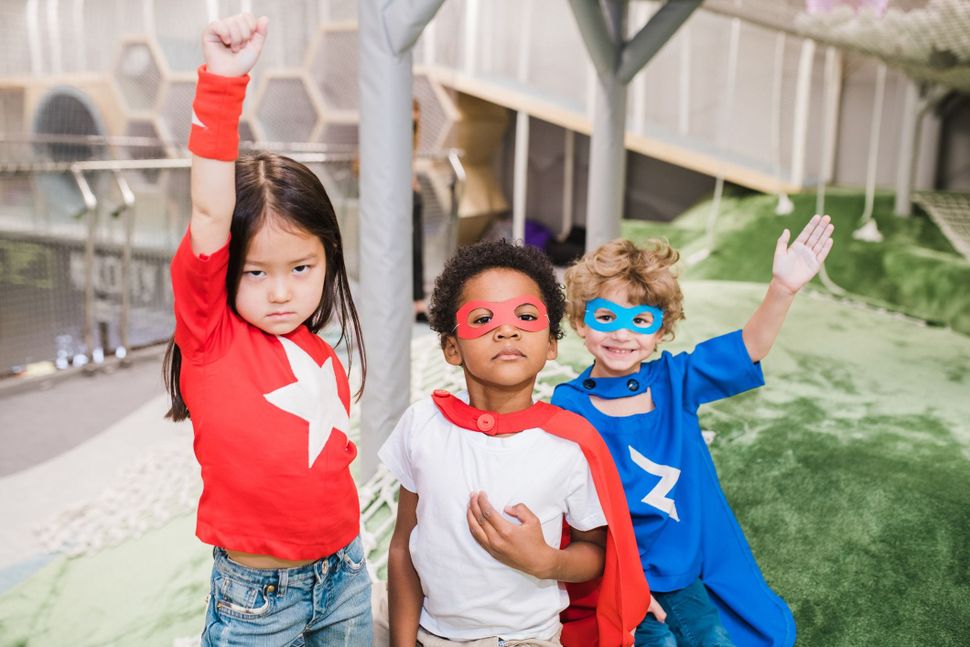 In 1990, my family spent the summer in England. Curled up on a couch in an Oxford bookstore, rain drumming gently on the window, I happily turned the pages of a book I’d found on the shelf called “Tintin in the Congo.” I didn’t notice that it depicted Black people as racist stereotypes. As a child, I thought it was just a fun read.

My upbringing in Israel as a white Jewish girl had taught me little about racism. I knew a lot about the Holocaust, and the Israeli-Palestinian conflict was always present, but I had never been taught about the deep and noxious history of racism toward Black people. Only later, when I became a historian, did I understand the depths of the prejudice I saw that day in Oxford.

Belgium, Tintin’s birthplace, colonized the Congo with particular violence, embarking on mass killings, instituting a brutal system of forced labor and mutilating members of the native population. Jews in Europe rarely played a direct role in such violence, but they accepted the premise that people with light skin ranked above those with dark.

We like to think we’ve come a long way since the days of “Tintin.” We tell ourselves that today, kids’ books are light-years better, because they by and large don’t show grotesque stereotypes of Black people. That’s enough, right?

Storybooks now are still racist, just in a different way: they perpetuate prejudice by omitting Black characters or nudging them to the sidelines.

Take a look at the Jewish-themed PJ Library books we all know and love. How many heroes of color do they contain? Few or none. True, there are more authors of color now than a generation ago, and the Black Lives Matter protests have spurred a call for diverse children’s literature. But the number of Black protagonists in children’s books remains staggeringly low: between 2002 and 2018, the percentage of children’s books featuring Black protagonists hovered between 2 and 11 percent, according to a study by the University of Wisconsin.

Other minorities have similarly low representation. Of 3,653 story books published in 2018, only 8 percent featured Asian heroes, 7 percent had Latinx protagonists and 1 percent were about Native Americans. The same goes for books without protagonists or storylines, such as those aiming to show kids how things work. Of 217 characters in “Look Inside Cars” by Usborne Books, a top children’s publisher, there are only four people of color. I counted.

Studies have shown for years that children’s books shape identities; seeing the same images over and over creates a lasting impression. For children of color, this can contribute to a low self-image. For white children, it reinforces the unconscious biases still significant in our world. If we want a society that genuinely strives to move beyond pervasive racism, we must start with the earliest texts we show our children.

Publishers need to prioritize minority writers. White authors need to diversify their main characters. And libraries and schools, including and especially Jewish schools, need to stack up on books that center on underrepresented groups.

Shira Klein is Associate Professor of History at Chapman University, where she teaches Jewish history. Her book Italy’s Jews from Emancipation to Fascism was selected finalist for the 2018 National Jewish Book Award. She is currently writing a book on Jews and race in Italian Africa.