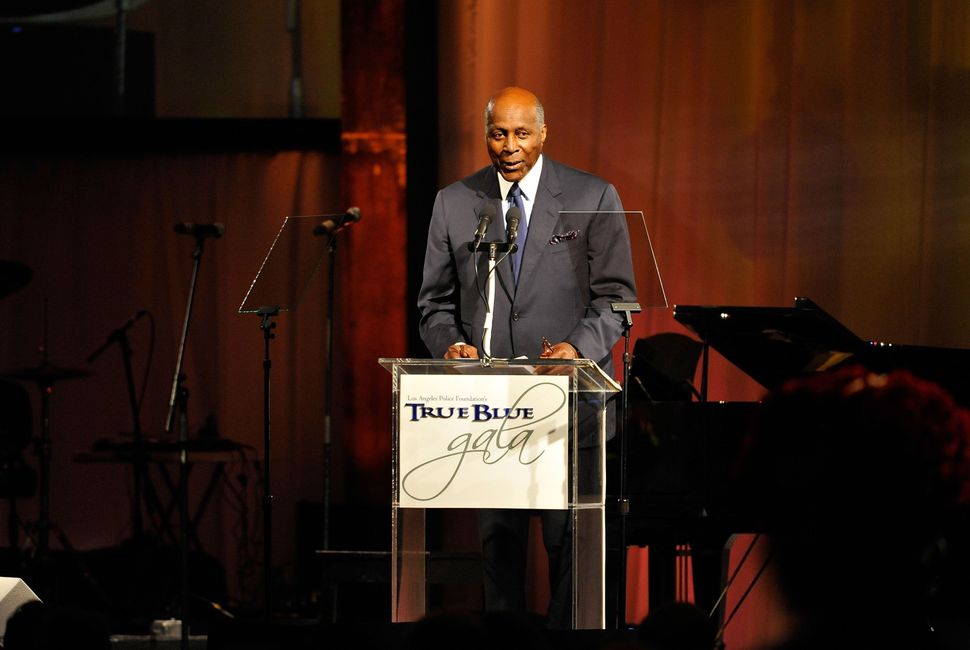 Last week, Vernon Jones Jr., an American giant, passed away. He wasn’t a flamboyant individual nor one who looked for headlines, but he made remarkable contributions toward advancing this country.

I first encountered Jordan when I worked at the U.S. Department of Commerce in 1993. Jordan was close to my boss, the late Commerce Secretary Ron Brown. Each had run the National Urban League at an earlier stage in their careers and shared a special bond from this experience. I know Secretary Brown saw Jordan as a trusted friend and source of wisdom — and, like so many people in politics, was better for Jordan’s mentorship and support.

Jordan represented so many of the values that are sorely needed in today’s polarized, hyperventilated political climate. He was a man of principle, and as tough-minded as they come in standing up for those principles. But Jordan operated with civility and thoughtfulness, and deeply focused on how the country could progress against racism in a way that can bring people together rather than divide them.

As a young man, he worked to break through barriers time and again. As an undergraduate at DePauw University, he was the only African American student in his class. He was one of a group of lawyers who desegregated the University of Georgia, escorting the first Black students to attend the university. In his short stint as head of the United Negro College Fund, he lifted its fundraising efforts on behalf of Black colleges to new heights. As director of the Urban League, he brought lobbying for policies to further the economies of Black urban areas to a new level. And then as a corporate lawyer for decades he was, as Henry Louis Gates noted, the “Rosa Parks of Wall Street.”

In my view, Jordan was a trailblazer who, like Secretary Brown, set the stage for the next generation of Black leaders in public service from Cory Booker to Barack Obama to Kamala Harris. He fought fiercely against the systemic racism and everyday prejudice that so disempowered African American life in America. At the same time, he focused on building a better future, investing in organizations and opening doors in corporate America and the halls of Congress.

It is no accident that Jordan had excellent personal relations with both Democratic and Republican presidents alike for decades. On a practical level, his advice was sought by all simply because of his wisdom. Of course, he was particularly important as an advisor to President Bill Clinton, allegedly turning down the chance to be U.S. Attorney General in order to focus on his role as trusted advisor.

He embodied in one brilliant individual the recognition of how far America had come in addressing its original sin of racism — and how much further we had to go. Too often, today, we encounter dueling conceptions of American society. Either the country is depicted as continuing to be as racist as it was in its lowest days, or as having achieved a post-racial society. Jordan taught us every day that neither of these visions is accurate, and that we must build on the accomplishments achieved by the civil rights movement, but should in no way think for even a moment that the work for equality is nearly finished.

There was another area of Jordan’s legacy that I also found personally inspiring: his approach to Black-Jewish relations.

Jordan was very aware, and disappointed, that the coalition work between the two communities during the era of the civil rights movement, one of the key elements in the successes that had been achieved, had started to fray as time passed. Particularly after the controversy generated in the mid-1980s by then-presidential candidate Jesse Jackson’s reference to “Hymietown,” Jordan saw the need to engage, but he didn’t just criticize. He believed in calling each other in before we would call anyone out.

Jordan called for a renewal of conversation between the two communities to rebuild relations. In typical Jordan fashion, he focused on the aspiration for each community and sought to emphasize the commonalities of the two groups rather than their differences. And again, in classic Jordan style, he didn’t ignore the insensitivities that surfaced in each community toward the other. Instead, he appreciated the importance of each party acknowledging those insensitivities so they then could move beyond them.

Jordan exemplified American possibility as he moved seamlessly across the spheres of activism, politics and business, driving impact in each field. However, the most lasting lessons of his life were perhaps not his specific accomplishments, but rather his approach to moral issues, his vision of a truly inclusive America and his efforts to strengthen democratic values and consensus. These seem more important than ever, especially as the country climbs out of the rubble of the violence at the U.S. Capitol on Jan. 6.

I only hope and pray that America learns those lessons well.