What a medical miracle taught me about complaining Israelites 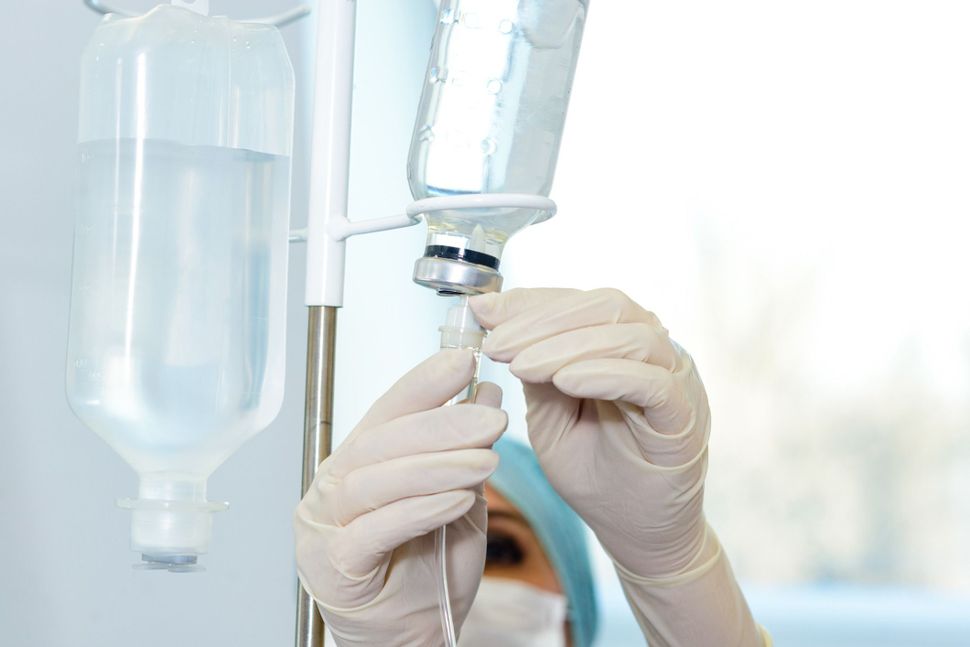 Seven years ago, my wife, Heidi was diagnosed with a very aggressive cancer: uterine sarcoma. Despite my medical training and her fitness and self-awareness, the cancer was not diagnosed until it was advanced.

The studies suggested that her life expectancy was less than one year.

Determined to survive, Heidi underwent surgery and came home weak, unable to walk because of pressure on a nerve exerted by a clamp during the operation, but without any visible tumor remaining.

Six weeks later, the cancer was already back: a CT scan showed three large masses in her abdomen. My colleagues at the Dana Farber Cancer Institute told us grimly that the prognosis was so poor, standard chemotherapy could not help us.

We needed a miracle— and we got one.

Heidi, ever resolute, demanded options from her Dana-Farber doctors, and fortunately they were game enough to provide her, as first-line therapy, the very unusual option of joining a “basket trial” — testing an experimental treatment meant for a different type of cancer.

Basket trials are normally a last resort, not a first-line treatment as in Heidi’s case, but there was no time to waste. She started the treatment immediately, getting IV injections every two weeks.

In addition to our usual prayers, Heidi urged me to repeat a special prayer with her each time she visited the clinic: “Ain Od Milvado” — there is none beside Him. She wanted me to express complete faith in the possibility of miracles.

Two months after Heidi entered the basket trial, her tumors started to melt away. The doctors were beside themselves with joy. As the weeks passed and the news remained good, Heidi and I once again breathed freely and planned for our future together with our young children.

For the other patients in the basket trial, however, the news was unrelentingly bad. The drug that Heidi was on gained Food and Drug Administration approval and a name –Keytruda—instead of a code number. But though it was impressively successful, particularly with some cancers such as melanoma, it did not help patients with uterine sarcoma.

Except that it had worked for Heidi. We expressed infinite gratitude to her doctors and thanked God in our prayers. I did not know what to make of what had happened, except to be thankful. We had witnessed a miracle.

Heidi’s scans remained tumor-free, and within a few months it felt as if the cancer had just been a bad dream.

As a couple of years passed, Heidi became obsessed with what it all meant. Why had she gotten cancer, and what was the meaning of the miracle?

I did not know, but I found myself telling her that perhaps it was an opportunity to stimulate research into those rare patients who had exceptional responses to cancer therapy. What was it about them that made treatments that had failed other patients somehow work for them? Was it their immune system, faith, diet, genetically encoded resilience?

This so resonated with her that she repeatedly encouraged me to start such a project to study those rare patients who’ve had exceptionally good outcomes after their cancer diagnosis. This project is now underway. But more than three years after her diagnosis we learned that the cancer had recurred. This time, nothing worked. As the Sabbath left us one beautiful fall evening, so did Heidi. She was 52 years old.

After the cancer recurred, Heidi asked me if its initial disappearance was still a miracle, and if there was still anything to be learned from her case. I assured her that the original remission in such an aggressive late-stage sarcoma was extremely unusual, and that we would learn a lot from people with outlier experiences like hers.

And so we will. The harder question is what to make, now, of our “miracle.”

In the wake of her original diagnosis, I wondered how my faith would evolve if she died, I’ve seen many lose faith when facing losses that appear to make no sense. I knew that I could not know what I’d feel until the time came.

The late Rabbi Jonathan Sacks taught that Elijah heard God in a “still, small voice” after cataclysmic visions. I don’t think I hear a voice, but the quiet presence remains, as does my faith. I still do periodically remind myself that I witnessed a miracle: Heidi was given to us for four more years. Four years that all the statistics, and all the patients in a similar condition were denied. Four years when her children could grow stronger and wiser and the youngest could chant the Torah portion for his bar mitzvah in her presence.

For years, whenever I read the Torah passages about the anger and despair of the Jews in the wilderness, repeatedly rebuking Moses for not letting them stay in Egypt, I struggled to understand how they could have witnessed wondrous miracles, liberation, and revelation yet still lacked the faith that God would protect them.

Having traveled with my family in those wilds of medicine where nothing works, I am far more understanding of the temptations of despair but also far more appreciative of the strength and leadership of those who, like Heidi, recognize the miracles they witness every day. Now it’s our turn.

What a medical miracle taught me about complaining Israelites