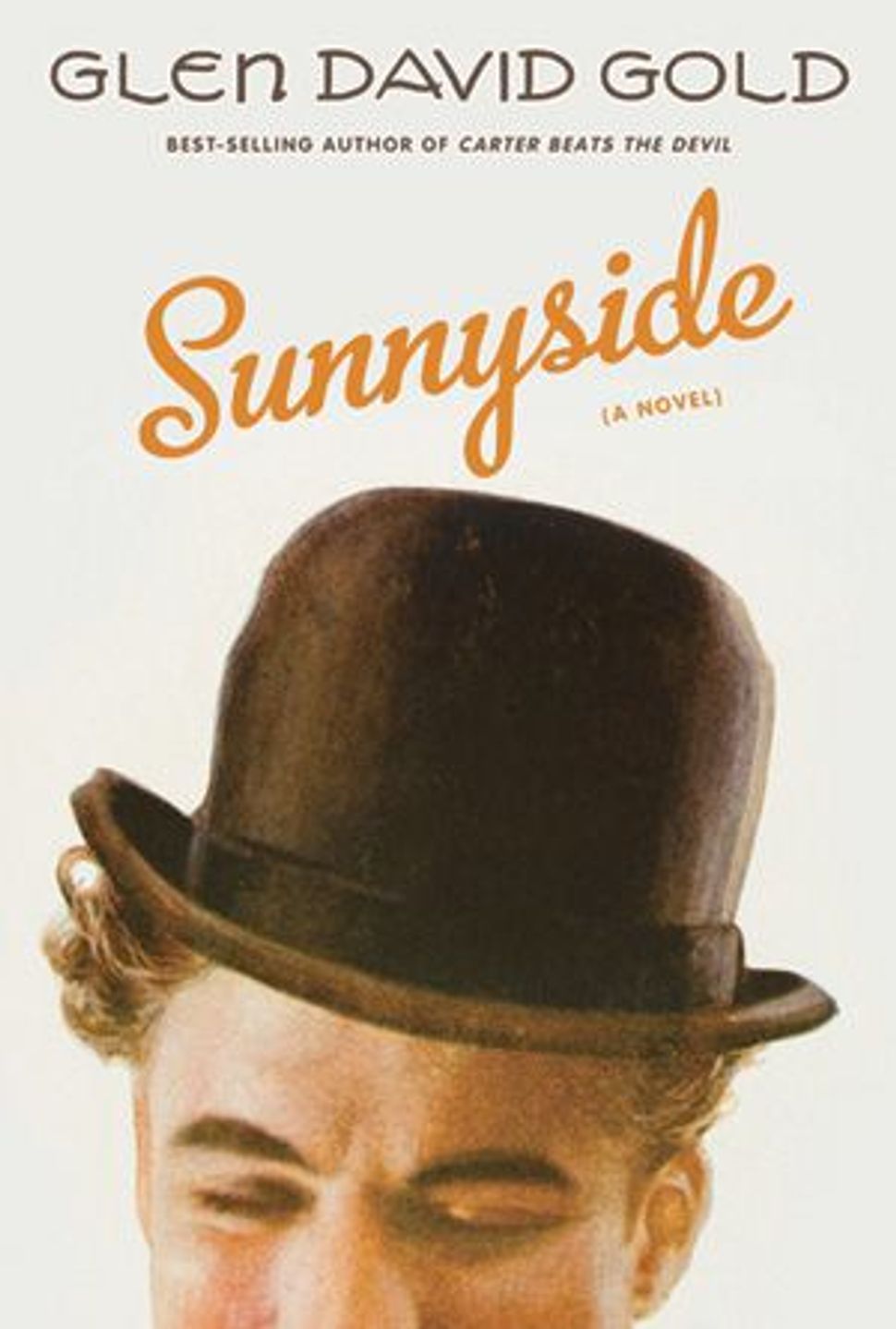 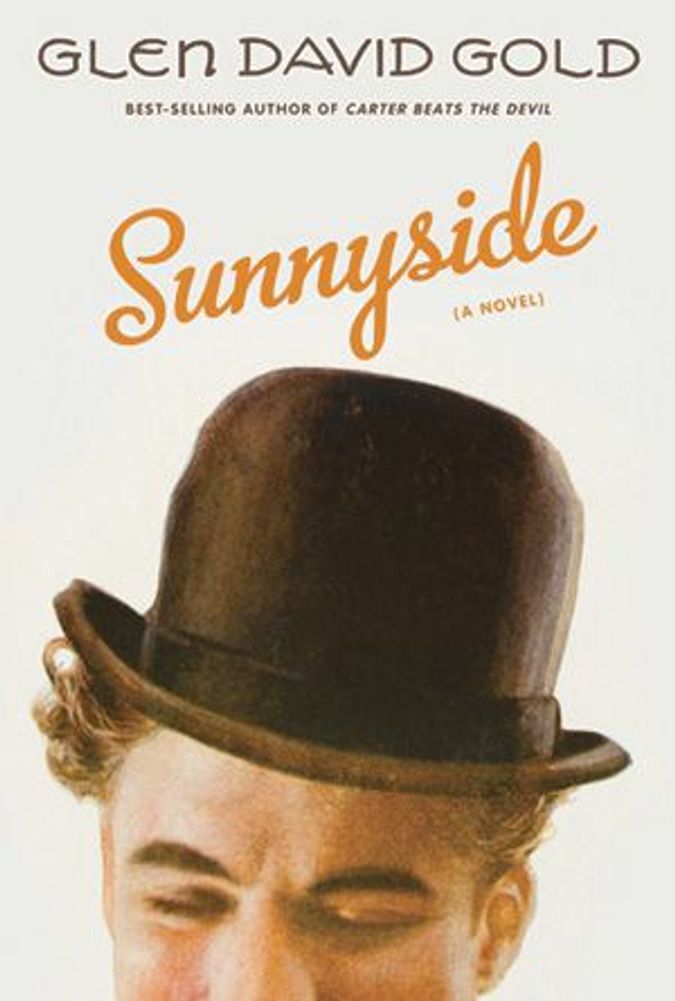 Perhaps you’ll know where I am going with this review if I begin by saying that Glen David Gold’s last book was splendid.

So many fiction writers begin small, writing about what they know, etching a fine portrait of a particular and familiar time and place, and then slowly expanding their vision and artistic reach until, with book number three or four, they deliver themselves of a big, panoramic masterpiece: weaving together multiple plot lines; reaching across vast swaths of time or space (or both); building not just two or three rooms, but also the mansion to contain them. Think of the distance Michael Chabon traveled from “The Mysteries of Pittsburgh” (enjoyable, obviously the work of a talented young writer) to “The Amazing Adventures of Kavalier & Clay” (awesome, a major work by a fiction god), or David Foster Wallace’s leap from “The Broom of the System” to “Infinite Jest.” Not so Glen David Gold: “Carter Beats the Devil,” Gold’s 2001 literary debut, was long, intricate, ambitious and totally successful. It may have been the best third novel by any first-time novelist of our generation.

Making fictional use of real characters (President Harding, Harry Houdini, magician Charles Carter, inventor Philo Farnsworth) without resorting to Jazz Age clichés, Gold wrote simultaneously about the magicians’ subculture of the 1920s and about the ’20s themselves. He wrote about an assassination plot, an inventors’ race to the finish, a magicians’ rivalry, world travel, the Secret Service and more. “Carter Beats the Devil” was a 12-ring circus, and like a true circus master, Gold kept our eyes darting from one ring to another as he wished. The novel was — is — a supremely confident work of art. Considering that it was Gold’s first novel, that it grew out of his master’s thesis, one is forced to hope that he burned several lesser novels first. Otherwise, his accomplishment, at the still-green age of 37, would be a bit too enviable, his genius a bit too ostentatious.

Gold’s second novel, “Sunnyside,” resembles “Carter” much as a child resembles his father: The two have the same DNA, but whereas one is urbane and seasoned, the other is unfocused, hyperactive and often ridiculous — not even a 14-year-old, more like an 8-year-old. And just as a precocious, babbling 8-year-old child might be charming for a few minutes but totally exhausting over a long visit, “Sunnyside” might contain 150 pages that, if culled and curated with a bit of care, would amount to an elegant novella. Yet the novel is too long by a factor of four. Exhausting, maddening and baffling, “Sunnyside” is a grandiose failure.

“Sunnyside” has no plot. Rather, it has a conceit, which is that if you connect enough storylines by the thinnest of threads, and if you can write good sentences and craft moving scenes, then it will all, somehow, hang together. The book begins on November 12, 1916, when a pageboy at the Waldorf in New York, hundreds of other hotel employees across the country, Northern California lighthouse attendant Leland Duncan, and railroad riders from coast to coast all see, think they see or think they’re about to see Charlie Chaplin. According to an endnote, “[O]n November 12, 1916, Charlie Chaplin was indeed the subject of mass hysteria in which he was spotted across the country,” and that bit of fact does seem like a promising jumping-off point for fiction. What was it about the times, Gold must have wondered, that embedded a silent-film star so deeply in the collective unconscious, waiting to be jolted loose so that he could rise to the surface?

To answer that question, Gold follows the stories of several participants in the mass hysteria — some real, some invented. In Los Angeles, Chaplin himself seduces a number of women, marries one, tries to make movies, battles depression, tolerates his insane mother and gallivants with, among others, Mary Pickford and Douglas Fairbanks. In the European theater of war, Duncan, who back in California thought he had seen Chaplin bobbing in the Pacific — and whose father, whom he never knew, owned a cut-rate pseudo-Bill Hickok Wild West Show that once performed for the Kaiser (in a long scene that Gold includes — why, I couldn’t tell you) — now struggles with being a soldier. We are shown a family of small-town Texas Jews who, along with their townsmen, were despondent when Chaplin didn’t arrive, as mysteriously expected, on an inbound train, moving to Los Angeles, where they somehow intersect with film mogul Adolph Zukor, a nemesis of Chaplin’s.

If one reads closely enough, one can find shadows of traces of meaning. “Sunnyside” is, it seems, about the movies: We see Chaplin in Hollywood, but we see that Chaplin’s movies are shown in Civil War torn Russia, and Allied soldier Duncan rescues a puppy that later becomes the movie star Rin Tin Tin. “Sunnyside” is about Jews: There are Jews in Texas and Jewish producers in Hollywood, and Chaplin decides that in his latest movie, he’ll play a Jewish character. “Sunnyside” is about money and power: Secretary of the Treasury William McAdoo helps Chaplin, Pickford and others found United Artists, while the moguls scheme with theater owners to combine into an all-powerful oligopoly, and while American troops are committed in the wilderness of Russia to fight Bolsheviks, even after the armistice.

If one reads “Sunnyside” closely enough, then, one can learn something about the world during the Great War. There were immigrants aplenty, and there was labor radicalism. There was the birth of Hollywood, even as there was bloody death all over.

Too bad, then, that “Sunnyside” defeats close reading, even as it requires it. For most of the book, I was drowning in an ocean of words, not even sure in which direction to look for land. Now in Hollywood, now in Russia, now in Germany — with a private, with the Kaiser, with Chaplin, with the great British general Edmond Ironside, with a psychologist named Münsterberg, with Rin Tin Tin. The fact that several scenes were, in isolation, quite moving — as when Duncan hires a pregnant, lactating whore to nurse his two rescued puppies, or when Chaplin struggles to be kind to the wife he despises — only underscores how isolated these scenes are. They don’t speak to one another, don’t connect, don’t add up. It’s hard to imagine a reader who has the patience for this incontinent novel, but it’s rather less hard to imagine how the good people at Knopf published it: They believe in Glen David Gold, as I do, as we all should. That they were blinded by affection is no reason to give up on this brilliant novelist. But it’s every reason to skip this book.

Mark Oppenheimer is an editor of the New Haven Review and a longtime fiction critic for the Forward.