Peter Forgacs: Pariah to the People 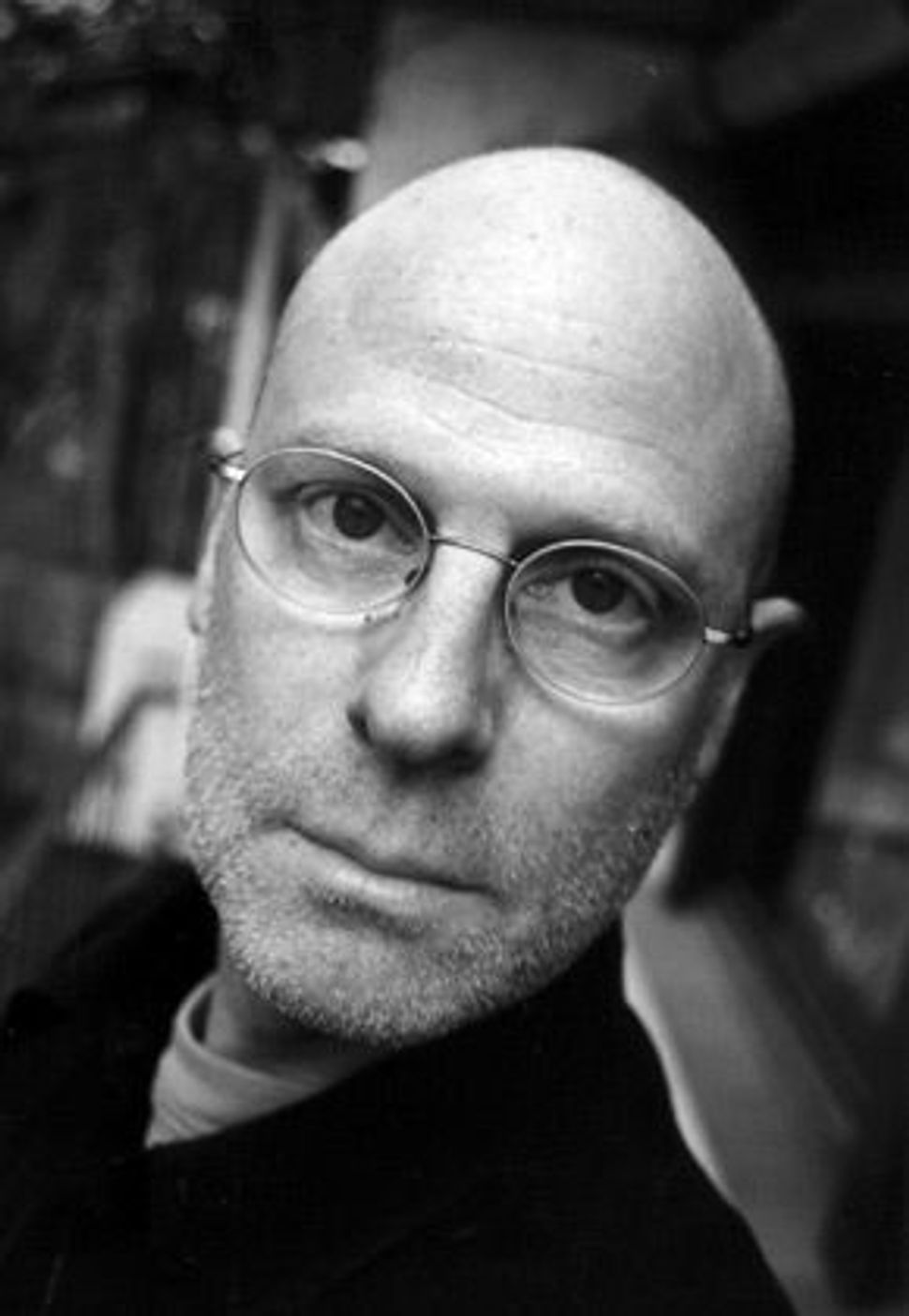 Explorer: In an interview with the Forward, Hungarian artist Peter Forgacs said, ?What I do is who I am. I have an idea and I follow it.?

An avowed outsider, Hungarian artist Peter Forgacs works with photographs and home movies from the first half of the 20th century, editing them and designing ways to enhance their visual and musical appearance so that he can bring them to life and relevance for the 21st century. He is currently working on Col Tempo, his installation at the Venice Biennale.

In person he’s a tall shaven-headed energetic man with clear and articulate opinions about the difficulties of creating, exhibiting and reading his art. The appearance of Germans and Jews side by side, in The Danube Exodus is “not logical, not complementary,” he said in conversation with the Forward. The collocation of these stories raises “an artistic but not a politically correct question about perhaps whether there was German suffering.” 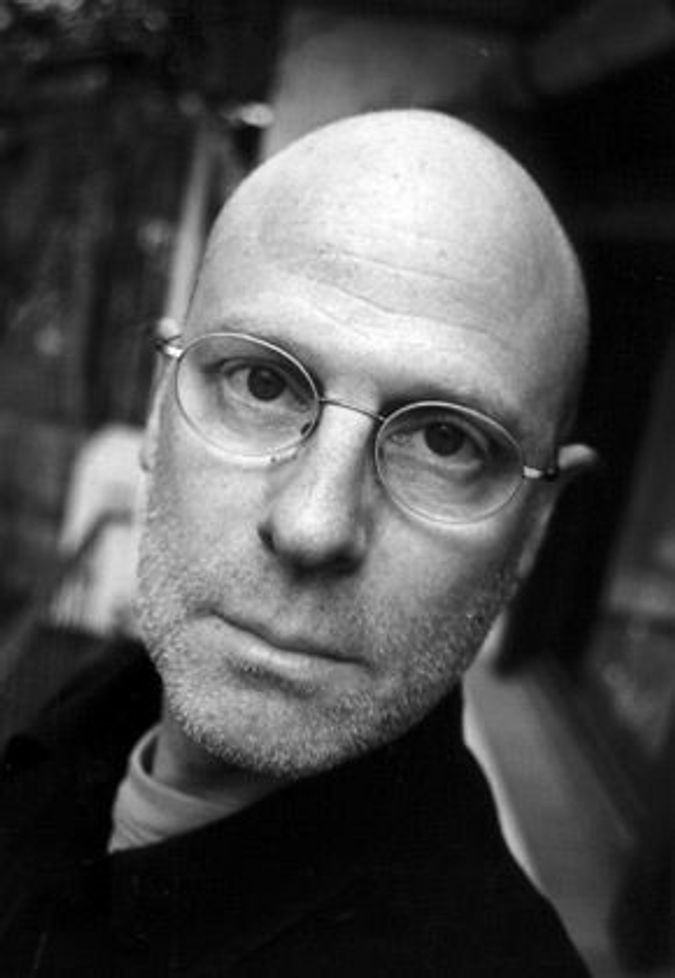 Explorer: In an interview with the Forward, Hungarian artist Peter Forgacs said, ?What I do is who I am. I have an idea and I follow it.?

Part of a generation of Jewish Hungarian artists whose early adult life was lived while Hungary was behind the Iron Curtain, Forgacs emerged in the 1990s perfectly placed to take advantage of the new global art market and the emerging digital image technologies. Expelled from the university system in 1971 for his politics Forgacs worked in avant-garde art, as a musician and, from 1983, as an archivist at the Private Photo & Film Archives Foundation (PPFA) in Budapest.

Forgacs didn’t grow up thinking of himself as Jewish. Although his father had met his mother in Israel, where she’d been born to Hungarian parents and she maintained her accent, Forgacs only realized in high school that he was Jewish after the comments of a friend. When he talks of living in a “cultural ghetto” in the ’80s, he is not referring to a Jewish ghetto but an enclave of like-minded artists who supported one another. With full acknowledgement of the irony, he refers to it somewhat fondly as a time when the Soviet-era made things tight but not too unpleasant for those under what he referred to, with self-conscious irony, “Communism-lite.”

“It’s hard to explain the euphoria of ’89,” Forgacs explained intensely, “when it all ended.” With the fall of Communism, everything changed. Soon Western Europe came knocking at his door in the guise of a Dutch television company — the world wanted to know about the people behind the Iron Curtain and who better to tell them than the archivist of their home movies.

“The middle classes were politically vulnerable but they were happy to give me their films.” This first work, The Bartos Family — a Hungarian Jewish family traced through five decades of home movies — began to show Forgacs what he could do.

The Bartos Family – Private Hungary 1 from Peter Forgacs on Vimeo.

Soon he was showing and being shown all over the world from Barcelona to Melbourne, from Yad Vashem to MoMA, from the Montreal Cinematheque to the Hungarian National Gallery in Budapest. From the ghetto in 1989, he has risen to worldwide acclaim with about two prizes a year every year since.

Given his prizes as a filmmaker but his work as an artist, and given his Hungarian background, his world artist status and his Jewish ethnicity, I wondered how he thought of his own identity. “I don’t have an identity,” he laughed, “That’s very American. What I do is who I am. I have an idea and I follow it. I’m a freelance artist.” He warmed to the task of describing himself: “This is who I am. Crawling on the muddy, dirty land from one project to another without hurting the people near me.”

Far from being the human lungfish of the description, he’s a highly evolved product of the global avant-garde. Not a simplistic crowd-pleaser, Forgacs provokes and prods us uneasily into examining the intimate spaces of memory and discovery that we’d perhaps rather forget. His documentary film about the history of Hungarian immigration to America, “Hunky Blues,” recently premiered at MoMA and the Smithsonian as part of the Extremely Hungary and Modern Mondays series. Artistically it’s less innovative than The Danube Exodus but it nevertheless stakes out a claim on the side of documentary film for the territory Forgacs wants to occupy including art, film and photography.

Hannah Arendt’s formulation of “pariah or parvenu” works for him, though: “I’m a pariah. I know how to be an outsider. I learned distance surviving through the Soviet-era. Where do I belong? I belong in dialogue with the country.” And, perhaps that’s how to think of him, in the quintessentially Jewish artistic place, everyone’s favorite pariah, in dialogue with country or countries, with genre or genres, people or peoples. But always on the move from “one project to another,” through the mud of history.

Dan Friedman is the Arts & Culture editor of the Forward.

Peter Forgacs: Pariah to the People