Bringing Up Kids in America 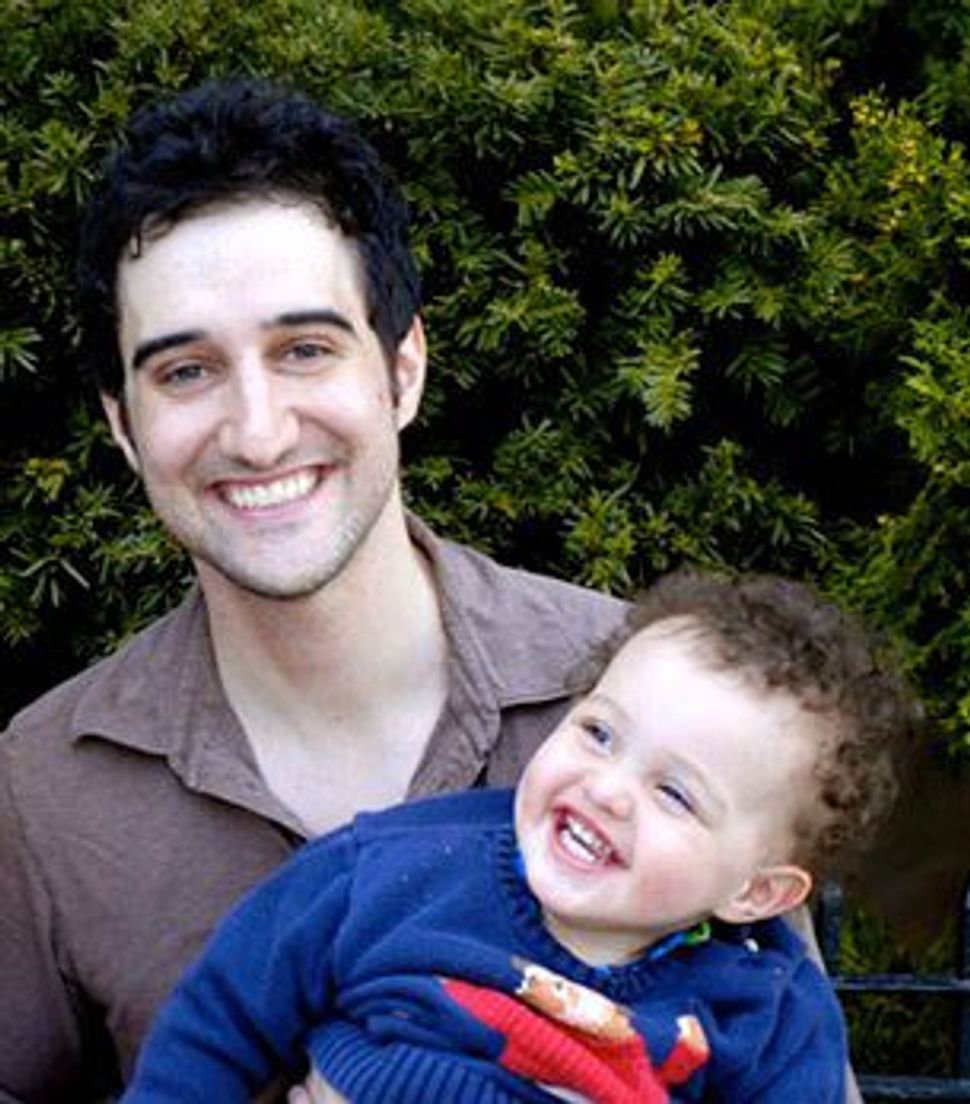 Above, Sam Apple with son, Issac. Image by Morgan Levy

Sam Apple is a modern journeyman who curiously encounters the world with pen in hand. First, he trailed a Yiddish-singing sheepherder through tiny villages in Austria to write “Schlepping Through the Alps.” Now, Apple tackles the bug-eyed wow of becoming a first-time father in his new memoir, “American Parent.”

Allison Gaudet Yarrow: Who is the baby industrial complex – where we unwittingly buy more crap for our kids – most likely to hit? How can parents protect themselves? 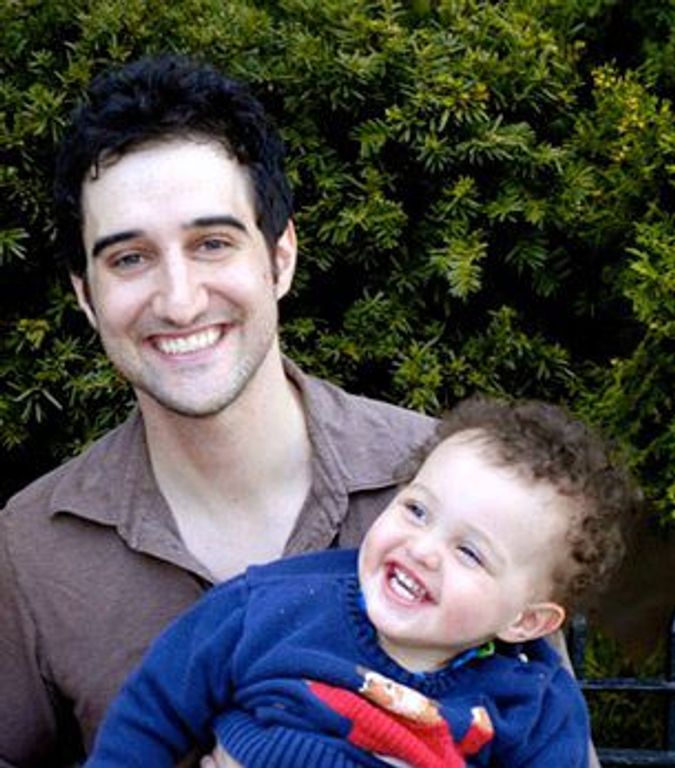 Above, Sam Apple with son, Issac. Image by Morgan Levy

Sam Apple: I think it hits just about everyone with even a little money to spend. The companies that make baby products have become very savvy about tapping into parental anxieties. Probably the best way to protect yourself is with knowledge. When products claim to make your baby smarter, for example, the claims are almost always based on science that has been taken out of context or shown to be false. But, of course, the best protection against wasting money is not having money to waste. So, the terrible economy has already solved much of this problem.

You write that you have had many quarrels with Judaism. What does Judaism have to say about parenting, and do you agree with it?

Well, this is very far from my area of expertise, but I think that Judaism certainly stresses the importance of education. I have no quarrel with that, so long as the stress is on educating both boys and girls.

You interviewed a few Mohels to perform Issac’s circumcision. What was the mohel interview process like?

It was a lot of fun actually. As far as I can tell, most mohels are pretty interesting people. I’m still friendly with the wonderful mohel we chose for Isaac’s big day. An important part of the process, of course, was meeting my own mohel.

How did it feel to watch your son get circumcised?

I turned away at the big moment. It was just too much.

Did you actually GPS the foreskin buried in your back yard?

Yes. The coordinates have been marked. It was mostly a joke.

Why didn’t you go ahead with the plan to write an entire book on circumcision? Circumcision deserves its own book, right?

Right. And there are books on circumcision. The one I had in mind was just too strange – at least too strange for any mainstream publisher. My father is a writer, and I wanted to start the book with a hilarious short story he wrote about circumcision and then turn the book into a mediation not just on circumcision but also on fathers and sons and truth and fiction.

It seems like the parenting media of the last few decades is mostly devoted to expecting moms. Were you trying to write a modern “What to Expect When You’re Expecting” for the dads out there?

Not exactly. I certainly wanted to write a book on birth and parenting that would appeal to both moms and dads, but I think that “What to Expect” is a different sort of book. It is full of practical information and advice. I was more interested in where our ideas about babies come from and how they have evolved. That said, should “American Parent” sell like “What to Expect,” I won’t complain.

What’s your best piece of advice for expecting dads?

Hmm. That’s a hard one. I still have more questions than answers.

How do you and your wife plan to educate Isaac about Judaism? What kind of role will it play in his life?

I hope that Isaac will have a very strong Jewish education. In the end, of course, he will choose his own path, but I hope that we can at least give him enough of a background to make an informed choice.

What’s up next for you?

I’m starting an online newspaper called “The Faster Times” with more than a hundred correspondents in over 25 countries. Like some other new publications, we’re looking for creative ways to address the crisis in American journalism. It’s an experiment, but I’ve been really excited by how many incredible writers have been willing to come along for the ride.

Are the twins around now? How have they changed the compass of your parenting?

The twins are around alright. They are eight months old now. It has changed the compass of my parenting in that our lives are now so chaotic that I barely have time to think about many of the parenting issues that I pondered throughout Isaac’s first year. Hmmm. I guess that’s probably a good thing?

Bringing Up Kids in America