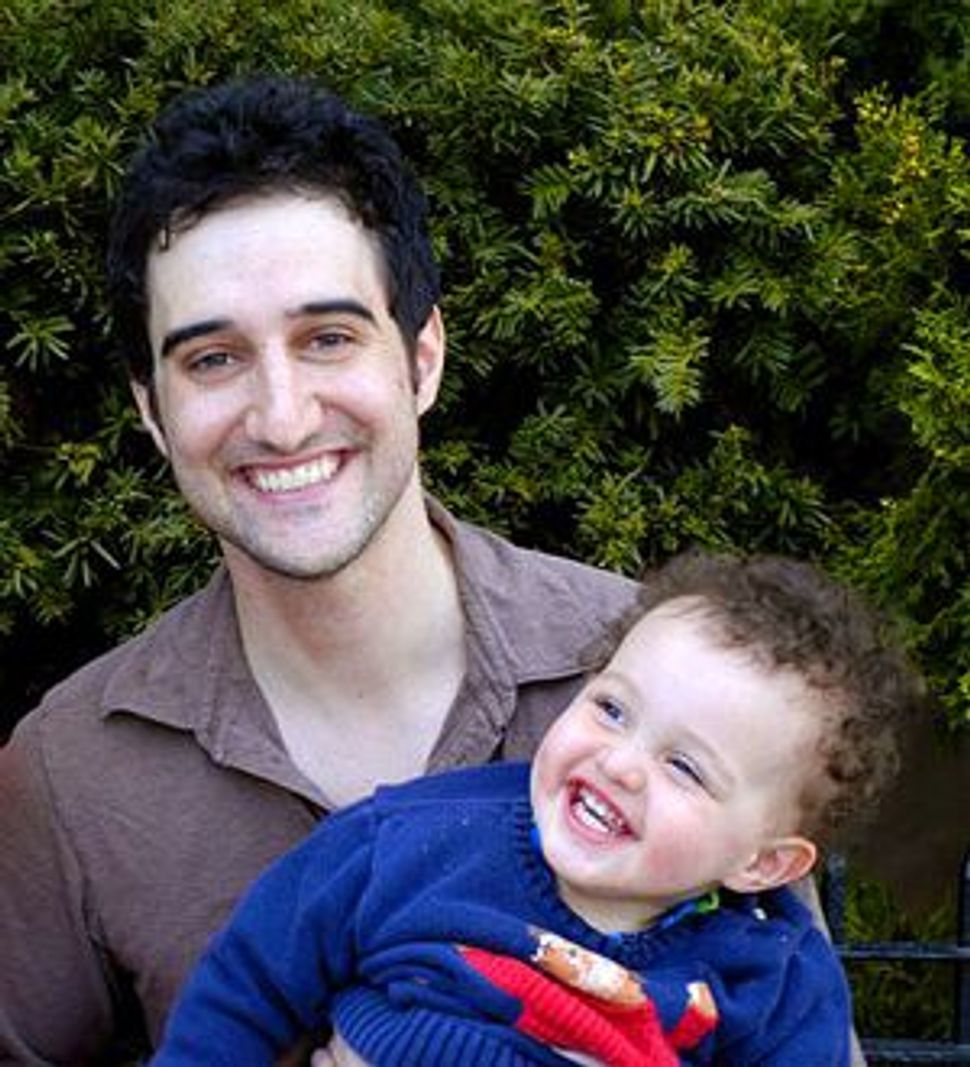 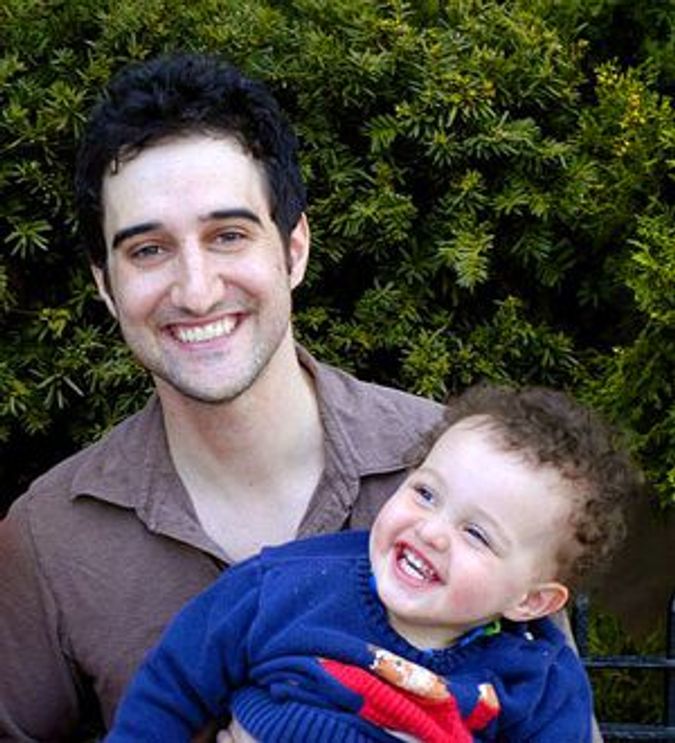 The symptoms of new parenthood are almost indistinguishable from those of psychosis: insomnia, depression, paranoia, mood swings. For those of us lucky enough to still have jobs, working and parenting also means moving seamlessly to diapers from spreadsheets, to 5 “S’s” sleeping from Six Sigma strategy, and to “goo, goo, goo, from “go, go, go.” So how to reconcile that experience with the ecstasy of birth and the banal problems of facing up to the baby industrial complex? And how to do that in one book?

Sam Apple does it by writing two books at once. One is a sensible, nonspecialist’s review of the trends, products and theories shaping current American attitudes toward parenting. The other is a personal account of the author as a neurotic hypochondriac adjusting to his role as father-to-be and then new father. Of course the two books overlap somewhat — as when Apple rubs “no tear” shampoo into his eyes, or when he asks his friend Zoe, a published food author, to taste-test formula and baby food — but essentially, the book is a twofer.

The personal book, like his previous book, “Schlepping Through the Alps: My Search for Austria’s Jewish Past With Its Last Wandering Shepherd” (Ballentine Books, 2005), this book is funny in a self-deprecatingly absurd way. Apple plans, for example, to carry around a picture of his thin calves so that he can worry about that physical defect, thus mitigating his other, possibly more serious hypochondriacal fears — for instance, of getting AIDS. It’s a slight, compelling and utterly accurate book, at least for the extremely narrow demographic we share. His assumption of the schlemiel persona allows him to reveal and investigate weaknesses, worries and wonders under the unthreatening cover of humor.

Apple’s flights of fancy have a comforting way of being confronted by the brutal physicality of the situation. A slight inflection from his wife, during labor, makes him think about how perhaps “the fact that nonblack women regularly adopt a distinctly black mannerism to convey their determination might also be seen as a wonderful triumph for black feminism.” He is already Walter Mitty-ing off to accept an award from the NAACP when his son, in the process of being born, grabs his and our attention.

The book about the psychology and consumer pressure of parenting is also engrossing, but is revealing rather than entertaining. Traditionally our ideas on parenting came from our parents but, in our atomized society, increasingly now from other parents and from the prevailing media “wisdom” that surrounds us. Apple explodes many of the scientific and historical myths that have led to the specific shape of contemporary consumer parenting. And his publicity materials are careful to remind us of the factual basis of the book.

Most of the supposed theoretical underpinnings of parenting practice provide only wobbly foundations for the structures built on them. In a surprise both to Apple and to readers, the research that has led to how we parent today comes, in many cases (including Lamaze techniques), from adaptations of the work of a little-known genius Russian neurologist named Vladimir Bekhterev.

Being a parent does make you wonder about crazily disjunctive parts of the world all at once, but there is a reason that genres retain their force. The unthreatening comic account fatally pulls the punches — if not the punch lines — of the serious side of the book. “American Parent” is, in the end, a lot of fun but not important. And if there’s a lesson to be learned from Apple’s neurotic adventures, it’s that parenting is a vitally important cultural and personal enterprise.

Dan Friedman can be contacted at dfriedman@forward.com