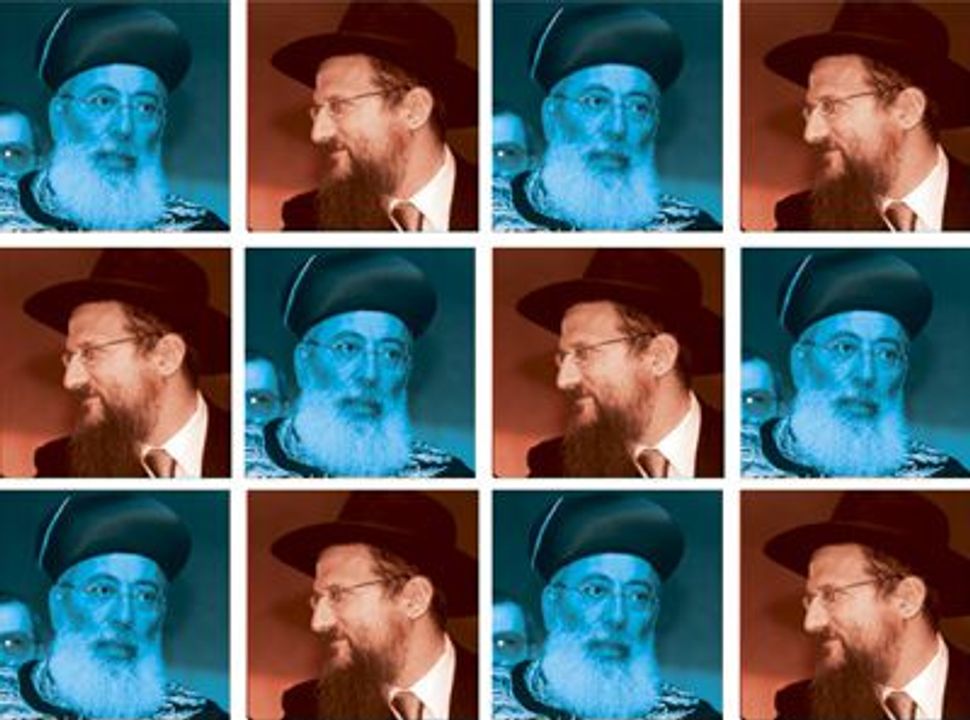 The Jews have been a continuous feature of human history for at least 3,000 years. As much as perhaps any other group, the Jews have shaped and influenced the Western world, from antiquity to the present.

But who exactly are we speaking of when we talk about “the Jews”? That a group that came to be referred to as Jews controlled territory in the eastern Mediterranean and wrote materials making up what we know as the Hebrew Bible is generally uncontroversial. That some 13 million people today, dispersed throughout the world, consider themselves Jews is also clear. But in what sense are these two populations connected? 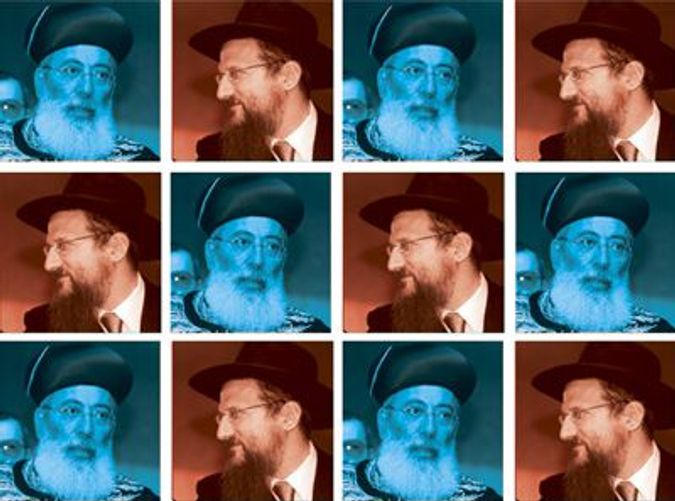 This is perhaps the most fundamental question about the genetic history of the Jews, and until recently the answer was anyone’s guess. In the past decade and a half, however, modern genetic research has started to provide us with some answers to this question.

We have learned that Jewish populations from around the world — with a few exceptions — have a remarkable degree of genetic connectedness with each other and with the Near East.

In one striking example, we have learned that self-identified priests, or kohanim, Ashkenazic and Sephardic alike, in large numbers share a particular Y chromosome type that is much less common among other Jews and rare among non-Jews. Since the Y chromosome is passed along unchanged from father to son, this indicates that many contemporary kohanim — who according to tradition are all descendants along the patrilineal line of Moses’ brother Aaron — do in fact have a common ancestor on the male line.

But many unknowns about Jewish history remain, leaving geneticists with an interest in Jewish origins with plenty of sleuthing work to do. Here are a few tantalizing mysteries that geneticists have yet to crack:

How did members of various Jewish populations come to look so different from one another?

The rest of the Jewish genome paints a similar, though less pronounced, picture. A recent study looking at hundreds of thousands of variable sites in the genome revealed a clear genetic signature for Jewish ancestry among randomly selected university students in America. When this Jewish signature was compared with the genetic makeup of other populations, it became clear that Ashkenazic Jews have a genetic makeup more similar to Near Eastern populations than do other Northern European populations.

Yet despite sharing an origin point in the Near East, individual Jews today tend to look markedly different from one another in terms of their physical appearance, depending upon which part of the world their ancestors resided in during recent centuries. Clearly, this diversity of physical appearance is the result of a degree of intermingling with the populations among which Jews have lived. But we don’t know precisely when or how this intermingling took place.

Did large numbers of gentiles join the Jewish population through mass conversion in the ancient world? Was there a steady trickle of intermarriage? Was there some combination of these? We can’t say for certain what accounts for the present-day diversity in Jewish physical appearance.

One hint we do have is that research shows — in multiple Jewish groups from Ashkenazic Jews to Georgian Jews — more genetic continuity with Near Eastern populations on the paternal side (indicated by the Y chromosome) than on the maternal side (indicated by mitochondrial DNA). This was unexpected given that Jewishness has been, for most of the Diaspora period, inherited along the matrilineal line and suggests that early on in the establishment of far-flung Jewish communities, local non-Jewish women married Jewish men, with a barrier later erected to prevent further intermarriage.

Ultimately, however, research is needed to shed further light on this question. Before too long we will be able to sequence people’s entire genomes and track where individual parts of genomes come from. This will likely yield additional insights about the specific genetic inputs into Jewish populations from surrounding communities.

Whatever happened to the Khazars?

One of the more romantic, some might say fanciful, notions about Jewish history has to do with the Khazars. The Khazars were a Turkic-speaking people who established an empire in part of what is now Ukraine. Reliable historical documents confirm that at least part of the empire’s population converted to Judaism in the ninth century C.E., following the lead of their king.

From these historical snippets, the writer Arthur Koestler, in his 1976 book “The Thirteenth Tribe,” constructed a theory that Ashkenazic Jews are descended not from the ancient Israelites but rather from the Khazars. While his theory captured the imaginations of some, it gained little scholarly support. And findings by genetic researchers of significant Near Eastern ancestry among Ashkenazic Jews put to rest the notion that this population originated with or is predominantly descended from the Khazars.

Be that as it may, there is one odd and tantalizing feature of Ashkenazic Jewish Y chromosomes that may lead us back to Khazaria. Like kohanim, the Levites, the larger tribe of priestly helpers, pass on their identity from father to son. Yet unlike the kohanim, the Y chromosomes of Levites do not show homogeneity across geographically dispersed populations. There is no Y chromosome link that unites Ashkenazic and Sephardic Levites. Among the Ashkenazic Levites, however, there is a particularly common Y chromosome type that is not often found in other Jewish groups. But it is found among people who now live where the Khazars once did.

While the overall genetic makeup of Ashkenazic Jews provides little support for Koestler’s theory, the Ashkenazic Y chromosome may be testimony to the entry of some of the Khazar population into Ashkenazic Jewry. Could it be that members of the Khazar elite, after converting to Judaism, assumed the identity of Levites?

One way to answer this question might be to try to develop a fuller picture of the genetics of the Turkic-speaking peoples, particularly modern-day speakers of Chuvash, a Turkic language related to that spoken by the Khazars. Then we could compare their genes to the Ashkenazic genes we suspect may be of Khazar origin.

Where did the “Lost Tribes” wind up?

Another perennial subject of popular speculation is the fate of the so-called “Lost Tribes of Israel.” These are the 10 tribes that tradition says were carried off after the Assyrians conquered the northern kingdom of Israel in the eighth century BCE. Nobody knows what became of these lost tribes, but many have ventured often wild guesses. Various theories have suggested that peoples ranging from the British to the Japanese are descended from these lost tribes.

In recent years, geneticists have found evidence of Jewish ancestry in some unexpected places. Most notably, a Bantu-speaking southern African people called the Lemba, whose oral tradition maintains that the tribe is of Jewish ancestry, was found to have a strikingly high proportion of men with the distinctive *kohen *haplotype, particularly among its leading clan. While the Lemba do appear to have Jewish ancestry, this does not mean, of course, that they are descendants of one of the lost tribes.

Indeed, even when we find Jewish ancestry in unexpected places, it will be difficult (perhaps even impossible) to confirm whether or not that ancestry comes via the lost tribes. That said, there are some interesting avenues of investigation to consider.

For starters, geneticists might undertake a thorough study of both Kurdish/Assyrian Jews and Iraqi Jews. While little is known about the origins of the former, I have always been drawn to the idea that the community is a remnant of the forced expulsions of the leading citizens of the northern kingdom of Israel after the Assyrian conquest. Iraqi Jews, with considerably more historical support, are thought to be descended from those Jews exiled by the Babylonians centuries later. Comparing these two populations could give us some important insights.

But before going hunting for lost tribes, it’s a good idea to know what you’re looking for: Namely, what does the ancestral genetic makeup of the ancient Israelites look like?

We might be able to piece that together. For instance, what genetic traits are found in common in lots of different Jewish groups? Those are the ones that are derived from their common ancestors rather than from different host populations among which they have lived since. We could also look at populations that are thought to be descended from groups that never left the vicinity of the ancestral Israelite homeland. Or we could look at the Jews from the Tunisian island of Djerba, who are thought to have resided there for perhaps as long as 2,500 years. After cobbling together a genetic picture of the ancient Israelite population, we can compare the genomes of present-day populations to it.

Genetics will never be able to solve these mysteries by itself. But along with shards of pottery, passages from the Bible and other clues, genetic research can help us put together the pieces of the intricate puzzle that is the history of the Jewish people.

David B. Goldstein is director of the Center for Population Genomics and Pharmacogenetics at the Duke Institute for Genome Policy and Sciences. He is the author of “Jacob’s Legacy: A Genetic View of Jewish History” (Yale University Press, 2008) and a lead researcher on several of the studies discussed above.