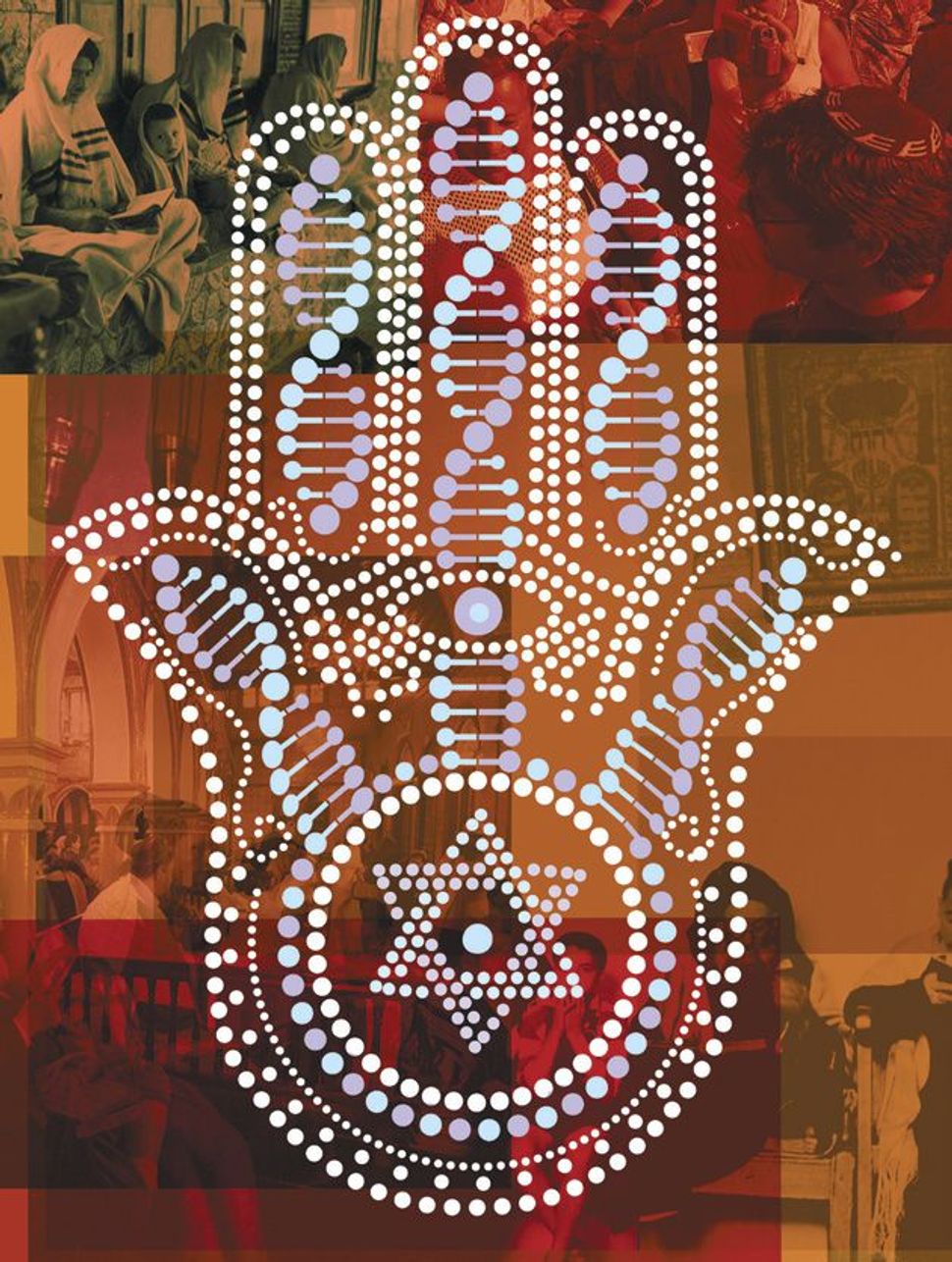 Randall Belinfante was a bit baffled. 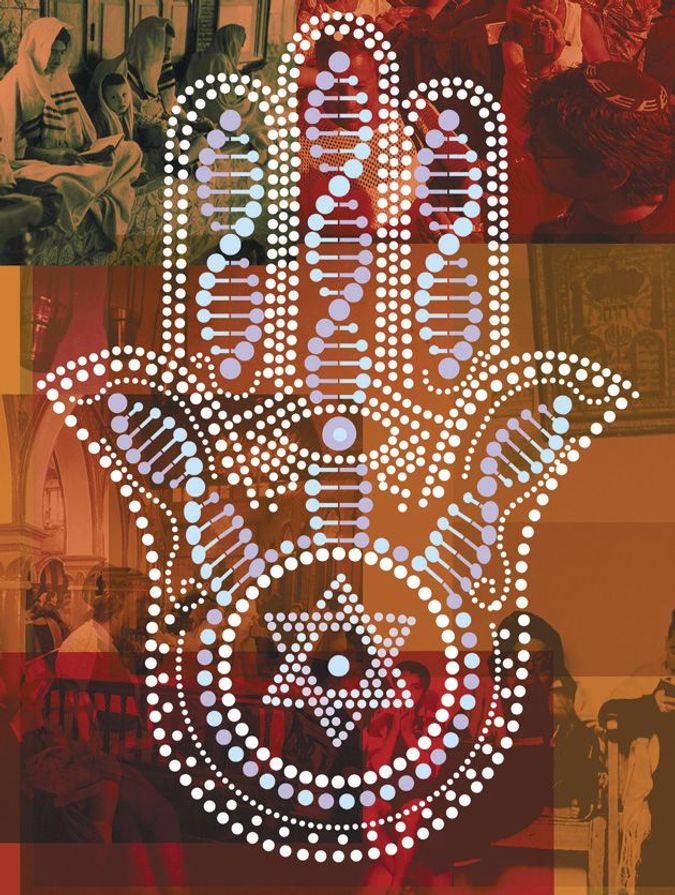 When he and his wife went to take blood tests in preparation for starting a family in 2003, he discovered that the screening included a panel of tests for Ashkenazic Jewish genetic disorders. But Belinfante is Sephardic.

“We told them at the time that we were not Ashkenazi, but they told us they don’t do testing for Sephardic diseases, just for Ashkenazi ones,” recalled Belinfante, who traces his ancestry to the Iberian Peninsula via the Balkans, Holland and England. “So they went ahead and did the Ashkenazi tests anyway.”

With a note of bemusement, Belinfante, who is the librarian and archivist at the New York-based American Sephardi Federation, added, “Surprisingly enough, they found we did not have any of the Ashkenazi Jewish diseases.”

Since screening for Tay-Sachs disease began close to 40 years ago, Ashkenazic Jews have dominated the scene when it comes to Jewish genetic disorders. Having been reproductively isolated for centuries — and having grown from just a handful of founders into a population of millions in a relatively short span of time — Ashkenazic Jews are a relatively homogeneous group that has inherited a host of rare genetic disorders and has proved to be a rich source of information for geneticists.

But what about the others in the Jewish community? What about Sephardic Jews? Are they also susceptible to a unique group of genetic disorders rarely shared by other groups? Does a Sephardic couple planning on having children also need to be screened for certain diseases?

“There is no disease that you can call a Sephardic genetic disease,” said Rabbi Elie Abadie, who is a physician and director of the Jacob E. Safra Institute of Sephardic Studies at Yeshiva University. Why this would be so and what this means — as is so often the case with genetics — has as much to do with history as with biology.

“Non-Ashkenazi Jews are collectively much more diverse than Ashkenazi Jews,” explained Aviva Ben-Ur, a professor in the Judaic and Near Eastern Studies department at the University of Massachusetts Amherst who authored the new book “Sephardic Jews in America: A Diasporic History” (NYU Press).

The term “Sephardic” itself often tends to obscure this diversity. At its root, the word refers to Jews who can trace their origins back to the Iberian Peninsula, but it is often used as a catchall label for any Jew who is simply not Ashkenazic. Although even many non-Ashkenazic Jews themselves may employ the label, it glosses over a diversity of communities stretching from the Balkans, to North Africa, to the Arab world, to the Caucasus and beyond. The genetic picture is not far behind.

“You can’t say ‘Sephardic genetic diseases,’ because most of the disorders are specific to the community of birth,” said Dr. Joël Zlotogora, a professor of human genetics at the Hebrew University of Jerusalem and an expert in the field of Jewish population genetics. “Moroccan Jews are different from Tunisian Jews and so on. For non-Ashkenazi Jews you have to look by country of birth.”

In Israel today, where non-Ashkenazic Jews represent a much larger proportion of the Jewish population than they do in North America, the medical establishment is very attuned to this reality. When an Israeli Jew comes for genetic screening, if the individual is not Ashkenazic, he or she is tested for the disorders known to exist among the Jews within his or her country of origin or the country of origin of the individual’s parents or grandparents and great-grandparents.

Several years ago, Israel’s Ministry of Health put up a Web site dedicated to genetics that publishes a list of disorders. A quick review of the list reveals the distinctions and distinctiveness of which Zlotogora speaks. Separate lists exist for Ashkenazic Jews, as well as for Algerian, Libyan, Tunisian, Moroccan, Iraqi, Iranian, Syrian, Yemenite, Kurdish, Bukharan, Georgian, Indian, Ethiopian, Caucasian and Karaite Jews.

There are a small number of disorders listed that are shared across several communities, in particular among Jews from North Africa. These diseases, explained Zlotogora, became common because they conferred some advantage to a person who is just a carrier — i.e. has one mutated and one healthy gene — for the disease but does not get sick. Beta-thalassemia and glucose-6-phosphate dehydrogenase deficiency (G6PD), both blood disorders that can cause certain types of anemia, are prime examples. Being a carrier for one of these diseases provides some protection against malaria.

Like their Ashkenazic counterparts, non-Ashkenazic communities developed unique sets of genetic disorders because they were isolated reproductively from the populations around them. But they were also, for the most part, isolated geographically and thus reproductively, from each other. The acceptance of marriage between relatives, even between first cousins, also contributed to the spread of some genetic mutations, as it did in the Ashkenazic world.

According to a 2001 survey by the World Sephardi Federation, non-Ashkenazic Jews account for approximately 26% of world Jewry. In Israel today, they are about half of the Jewish population. Their sizable presence since Israel’s founding has led to a growth in the study, understanding and awareness of the genetic disorders affecting their communities. “With time we have more and more disordersamong non-Ashkenazim that we are able to test for,” Zlotogora said.

Statistics on the number of non-Ashkenazic Jews in the United States are more difficult to come by. Those that do exist, explained Ben-Ur, “are not based on any kind of systematic survey.” The World Sephardi Federation survey estimates that only 4.5% of American and Canadian Jews are not Ashkenazic. But some have claimed that this estimate may be too low.

Most of America’s non-Ashkenazic Jews arrived over the past half-century from the Middle East and Central Asia. “Because they make up a very small percentage of American Jewry, much more attention is paid to Ashkenazi Jews in all areas of society,” said Abadie, who is also the founding rabbi at Congregation Edmond J. Safra in New York. This, he said, includes the area of genetic disorders.

It was just last month that the United States got its first genetic-disease screening program tailored to a specific non-Ashkenazic Jewish community. In mid-July, the Medical Genetics Institute at the Cedars-Sinai Medical Center in Los Angeles began a population-based program to screen Iranian Jews for four genetic disorders that occur with relative frequency in that community.

Beyond the program at Cedars-Sinai, however, someone trying to find information in the United States on genetic disorders for specific non-Ashkenazic communities would be a bit hard-pressed.

Yet they, too, are “erroneously called Sephardic genetic diseases,” said Abadie, because “they are diseases that manifest themselves in Sephardic Jews also.” Beta-thalassemia, G6PD and FMF are found among many populations in North Africa and the Mediterranean. And GSD III is present in other North African groups, as well.

“There is a noticeable gap in the availability of testing for Ashkenazi and non-Ashkenazi Jews” in the United States, said Ostrer, who in 2007 initiated a mapping of the Jewish genome akin to the Human Genome Project called the Jewish HapMap Project. “We’re going to have to come to grips with it pretty soon.”

When a non-Ashkenazic Jew comes to NYU’s genetics unit for screening, the staff devises a panel based on the person’s community of origin. But for some conditions it is simply not possible to find an American lab equipped to conduct the necessary test, Ostrer noted.

An informal survey by the Forward of Jewish genetic screening centers found that although many provide counseling for the four disorders commonly listed as “Sephardic,” they cannot perform the tests themselves.

“We help them, but we can’t do the testing for the Sephardic diseases through the Victor Center,” said Faye Shapiro, a genetic counselor at the Victor Center for Jewish Genetic Diseases at the Albert Einstein Medical Center in Philadelphia. The Victor Centers, of which there are three — in Philadelphia, Miami and Boston — offer screening for Jewish genetic disorders at substantially reduced rates. Their lab, however, doesn’t test for non-Ashkenazic diseases, so such tests must be sent out to commercial labs at full cost.

Shapiro went on to explain that, whereas many Ashkenazic diseases are life-threatening or very debilitating, both FMF and G6PD — so common across populations that most American hospitals screen newborns for it — can be made livable with the proper treatment and precautions. In the United States, tests for thalassemia, a disease that can become quite severe as it progresses, are also readily available, given the disease’s presence among all Mediterranean populations. GSD III is very severe, but it is extremely rare in the United States, she added.

The relative lack of attention paid to recessive disorders among non-Ashkenazic communities in the United States may be due, in part, to attitudes within the communities themselves. “They like to be private about their lives. They like to be anonymous,” Abadie commented. Abadie, who is part of the Syrian community, said that when leaders of his community were asked to participate in the Jewish HapMap Project, they declined. He added that reluctance about testing remains strong, because uncovering a carrier may stigmatize a family. “The Sephardic community is close-knit and families know each very other well,” and therefore, he added, the communities feel they know which families are carriers for certain diseases.

Ostrer, however, said that scientists would take issue with this reasoning, because since carriers do not get the disease, “you can’t rely on family history. That’s the whole point of screening.”

In speaking with Syrian, Iranian, Bukharan and other non-Ashkenazic Jewish groups for the HapMap project, Ostrer said that he and his colleagues found there to be “considerable interest” in screening.

“I think we need to be doing it,” he concluded, adding that he hopes to begin offering tailored programs soon. “We treat them as very distinct communities. I hope that others will do so in the future as well.”