Moshav in the Himalayas 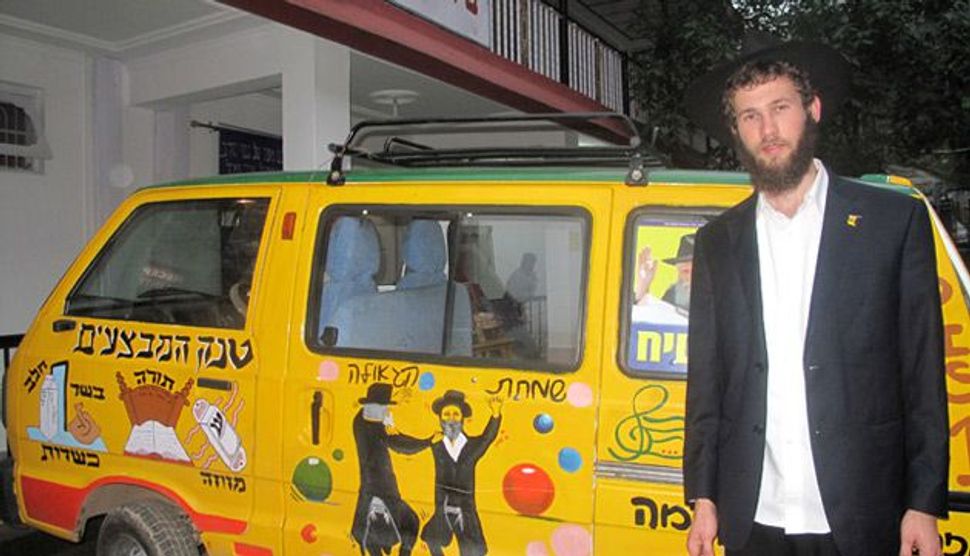 It takes just 50 rupees and a 10-minute auto-rickshaw ride to reach Tel Aviv from Lhasa. At least, that is, ‘mini-Tel Aviv,’ otherwise known as Dharamkot and Bhagsu, an Israeli backpacking mecca in the Dhauladhar mountains of Northern India.

In Dharamsala, the de-facto capital of Tibetans in exile, maroon-robed chanting monks perform their daily routines surrounded by Tibetan prayer flags. Best known of Dharamsala’s suburbs is McLeod Ganj, or Little-Lhasa, where most Tibetans live in crowded streets and where the Dalai Lama has his residence just opposite the Tsuglag Khang, or central cathedral. The town throngs with small Tibetan-run cafés and bustles with activity and volunteers teaching young students and monks courses on Buddhism. Monks and nuns outnumber tourists, performing hunger strikes on every major holiday, in the hope that the world will do something for their cause.

Just a few miles north lie Dharamkot and Bhagsu. These two tiny villages, set in the verdant Kangra valley, look like any other Indian hill village but are known collectively as mini-Tel Aviv. It’s almost impossible to find them on tourist maps. Even for Indians it’s tricky to locate the names on official regional maps, but to hundreds of Israeli backpackers it’s an easy task to find the way. Once there, tourists are greeted by a hand-written sign wishing them “Shalom.” For in these villages, connected by a trail through the fields, they will make a bayit (“home”) where they can find shanti (“peace”).

Between spring and fall every year it’s not just these tiny Himalayan villages that turn Israeli. Also, 50,000 Israelis come to India each year, looking for freedom after the army service, a good time and some even for spirituality, but this rite of tiyul is experienced tribally. They arrive together, travel to the same places and experience India mainly through other Israelis.

Dharamkot and Bhagsu have a combined Hindu population of about 1,200. During the season, the Israelis in the area at any one time number about 1,800. Middle-aged parents often join their backpacking children, while some Israelis bring along their whole family, including young children, who happily skip a semester of school to stay in homestays and guesthouses for just $2-$6 a night. It is common to hear more Hebrew than the local *Gaddi *dialect and the payphone booths have clocks displaying the time in Tel Aviv.

Signs and menus in all shops and guesthouses are written in Hebrew, keyboards in Internet cafes have Hebrew letters, restaurant menus include hummus and Israeli salad, and shopkeepers try to speak in bits of Israeli slang they have picked up from the customers. When not sitting around drinking chai and chatting, many visitors enroll in yoga and meditation retreats, ayurvedic healing, massage courses and a whole range of different spiritual practices.

The Israeli presence is so pervasive that every storefront sports a hand-painted sign in Hebrew. Even rickshaw drivers who probably can’t read their own language know many Hebrew phrases and readily recite the names of Israeli TV stars.

A few of the Israelis stay. Some who came here five to 10 years ago have now settled down in these villages, some even marrying locals to extend their stay and run cafés. These Israeli settlers’ supposed interest in Indian spirituality is reflected in conversation among the backpackers, but not in action. When it comes down to it, many of them are lot more interested in trance parties and smoking drugs than in spiritual practices.

In recent years, many families in the village have converted their farming plots into guesthouses for Israelis: A prosperous side business, managed mostly by teenagers. Staffed by Nepalis, restaurants and Internet cafés have also sprung up along the main path where you can even find tattoo and piercing parlors that sell under-the-counter drug paraphernalia. “I’ll stay in India as long as I can, until my visa runs out… I never want to leave here,” said Chavi Chamish, 25, an Israeli backpacker walking along the paddy fields in the village.

In the center of both the villages dominating the green surroundings, are the Chabad Houses, with huge yellow Mashiach flags. Dozens of Israeli backpackers visit every Shabbat to ask those questions about life and Judaism they never would have asked at home. The Chabad’s mission is to seize the relative openness and free time of the Israeli travelers in India and draw them closer to Judaism. Most notably, this mission includes an open invitation on Rosh Hashanah in response to which, a year ago, 800 Israeli backpackers flocked to Dharamkot for services and a festive dinner.

Even during the peak season, though, world events can cast a shadow in this remote corner of Asia. In January, the military incursion into Gaza emptied the villages of their Israeli tourists, turning them into ghost towns. But things returned to normal as the fighting ended. And with the ceasefire came another Israeli spring in Dharamkot.

To see a trailer of “Hummus Curry” or a slideshow of images from Dharamkot and Bhagsu go to Arts & Culture at www.forward.com

Moshav in the Himalayas