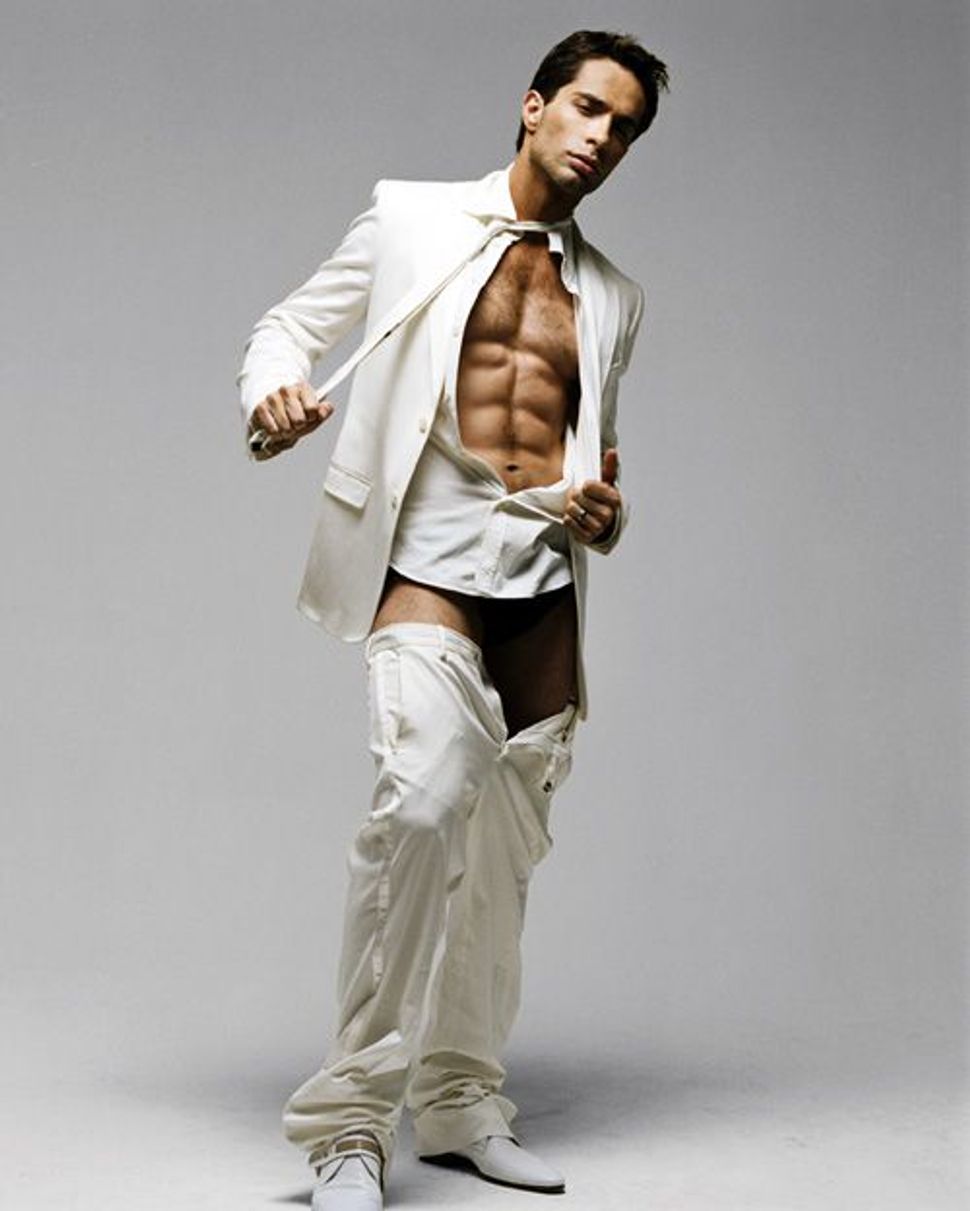 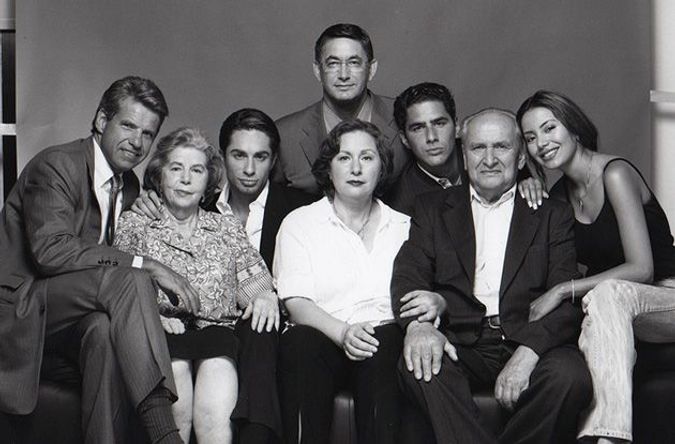 The bearded receptionist wears a yarmulke.

In any other office, this wouldn’t seem remarkable. But this is the midtown Manhattan headquarters of Lucas Entertainment, one of the largest gay adult film companies in the world.

“Men of Israel” is characterized as a labor of love for the Moscow-born Jew, whose complex public persona fuses outspoken ardor for Israel, fervent antipathy for Islam (“ugly”) and right-wing Orthodox Jews (“parasites”), and canny promotion of raunchy sexuality. Lucas has become as infamous for acid pronouncements — likening the Quran to “Mein Kampf” in a notorious 2008 Stanford University talk, for instance — as for movies like “New York Hunks” and “Feet Extreme!” two of the more printable titles from his company’s extensive catalog. 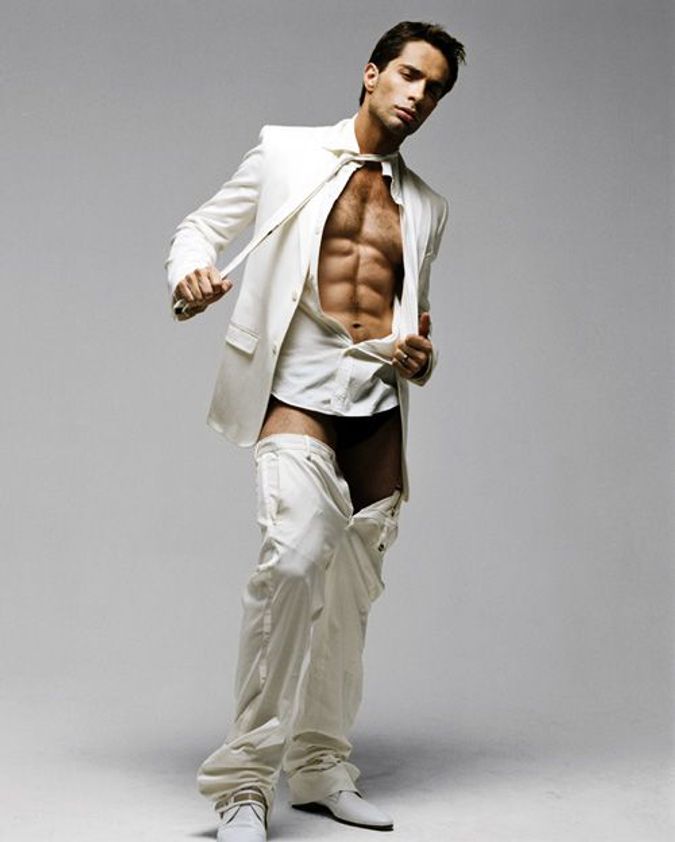 Likewise, Lucas claims that his motivation behind “Men of Israel” was not just titillation, but also a counterbalance to lopsided portrayals of Israel in mainstream media. “It’s free PR for Israel, and it’s much better than the PR they’re getting on the news,” he said during a tour of the company’s expansive second-floor offices, with views of the New York Times building across the street. “The reality is that Israel has only one face to people on the street, and that’s the West Bank and Gaza. All people see in the media is a country of disaster. They get images of a blown-up bus.”

“Nobody goes to Israel for Golda Meir, I’m so sorry,” Lucas said in heavily Russian-accented English. “People don’t care that you have a great orchestra, and they’re not particularly interested in the Holocaust museum. Gay people, and straight people, want beautiful beaches, beautiful nature, beautiful men and women, good food, good hotels. Israel shouldn’t be mistaken about why people go there. They need me.” Neither the Israeli Consulate nor the Israel Ministry of Tourism office in New York returned calls or e-mails for comment.

Lucas was born Andrei Bregman in Moscow into a family of “Russian intelligentsia.” His father, Lev Bregman, is an engineer; his mother, Elena Treivas, who passed away last year, taught Russian literature. According to Lucas’ six-page official bio, they gave their son the maternal surname “to curb as much anti-Semitism as possible.” Lucas’s private office is accessorized with antique-style furniture his mother left him, along with a collection of vintage cameras, framed family photos, rows of adult-industry awards, and a wall of his own press clips and magazine covers.

By 1998, once it became obvious how much more Lucas could earn by producing and directing his own films, Lucas Entertainment was born. The company took off; by 2001, Lucas had made enough to help his parents, his brother, Pavel, and his grandparents immigrate to the States. His brother and father have since returned to Moscow, where the former heads a real estate company. Only his 88-year-old grandmother, a retired piano teacher, remains, residing near the Brighton Beach section of Brooklyn. Lucas lives with his partner, 53-year-old Richard Winger, in Manhattan’s Chelsea neighborhood. Though Lucas calls Winger his “office manager,” a 2006 New York magazine profile described the latter as an “Austrian international investor.”

What does the Bregman family think of Lucas’s chosen profession? “There is such a thing as wishful thinking. I’m sure my parents would have wished me to go on with my law education,” he said. “When my mother was alive, she knew very well what I’m doing, and my grandparents, as well. Once they realized I’m actually in the adult business, they never gave me any problem. They were always interested in how I’m doing businesswise. My father and mother had been to the office a couple times. It’s a regular office.”

Having achieved a kind of crossover pop celebrity — he’s been profiled in The New Republic and has spoken at New York University, Rutgers and Yale — Lucas is, to say the least, a paradoxical character. As a political advocate, he’s an anomaly in an industry where activism has been limited to publisher Al Goldstein’s iconic middle finger on late-night 1980s public access television. On his company’s blog, Lucas advertises a DVD release of “Michael Does Russia” — with his own shirtless image on the box — next to an eloquent diatribe on Israeli homophobia.

“He’s a master self-promoter,” said Village Voice writer Michael Musto, whose column has chronicled episodes in Lucas’s career. “Sometimes he’ll say things just for effect. But on Israel, he is sincere. His opinions are fiery. He’ll tell you even if you don’t ask.”

While Lucas has become a lightning rod for criticism on gay Web sites — “arrogant, elitist, hypo- critical and racist,” one called him — Musto sees more hypocrisy behind the insults. “People get very mean about him on Web sites, anonymously. But when push comes to shove, they probably buy his movies,” he said.

Aaron Hicklin, editor in chief of the gay magazine Out, agreed. “I’m not sure the vast majority of his audience know or care about his political views,” he said. “The scuffles with various blogs are a bit of a sideshow, and I’m not sure they speak to anything bigger than the egos of those involved.”

That may change with a letter that Lucas sent on August 31 to GoGay, Israel’s largest gay, lesbian, bisexual and transgender Web site, excoriating gay Israelis for staying closeted. “Excusing these pitiful cowards for not coming out of the closet and accepting their façade is only hurting Israel,” he wrote. “By hiding from your reality, you are empowering intolerant disillusioned fanatics.” The idea for the letter came, he said, after Israeli men “started hitting me up on the Web site, inviting me to hook up, then said they’re not out. They’re delusional. They’re cruising this Web site, benefiting from the fights of other people. They think the gay movement has nothing to do with them, that the shooting of gay youths in Tel Aviv has nothing to do with them. What reason is there to be in the closet in Israel in 2009? It’s embarrassing.”

For now, Lucas is putting his money where his mouth is; the day before this interview, he was granted Israeli citizenship, and he proudly holds his new passport, stamped “ALIYAH,” for a reporter. He feels that Israeli citizenship will enable him to keep working in Israel without interference. A “Men of Israel” sequel is already in the works, he said: “Inside Israel” will star “established” European talent along with Israeli models.

“Every review said ‘Men of Israel’ lived up to the hype,” he said. “The blogs all said, ‘Wow, Israelis are the hottest people in the world.’ That’s exactly what I wanted to do.”