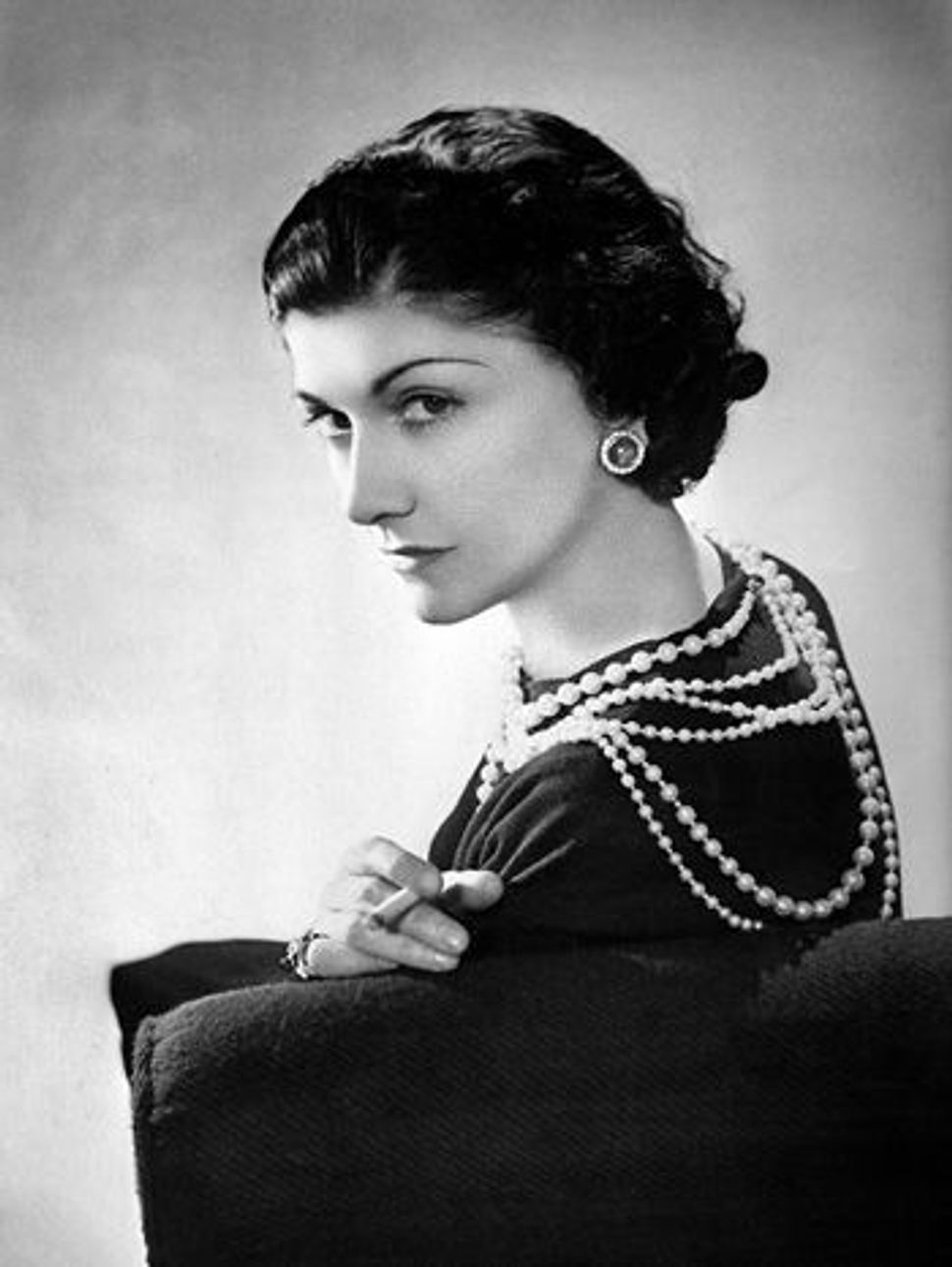 Coco: Chanel was shrewd and became involved with powerful men who helped her economically, socially, politically, or just to stay alive, according to art historian Marlene Strauss. Image by Getty Images

Gabrielle “Coco” Chanel pulled herself up by her bootstraps from her orphanage roots, trading her boots for a pair of two-toned pumps, which she is often credited with popularizing — along with women’s trousers and the little black dress. 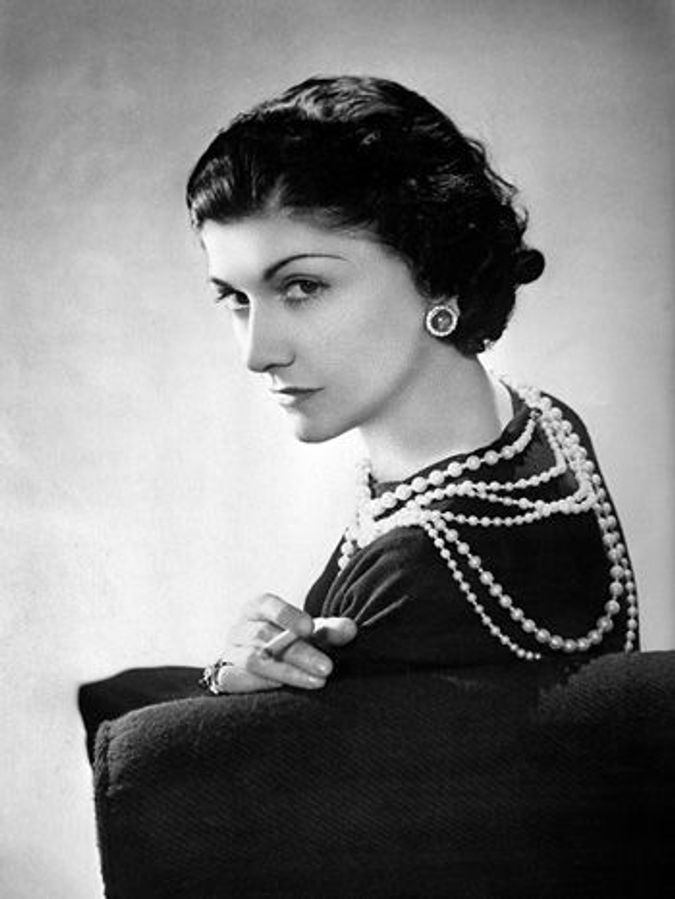 Coco: Chanel was shrewd and became involved with powerful men who helped her economically, socially, politically, or just to stay alive, according to art historian Marlene Strauss. Image by Getty Images

“Coco Before Chanel,” director Anne Fontaine’s new biopic, starring Audrey Tautou (“Amélie”) in the title role, moves quickly through Chanel’s hard-knock childhood in a provincial orphanage and her struggles to find work as an entr’acte performer on the cabaret circuit. It lingers on her years as a kept woman: She takes up residence with a wealthy racehorse owner, Étienne Balsan, and has a doomed lover affair with a member of his entourage, Arthur “Boy” Capel, who would eventually bankroll Chanel’s first boutique on Paris’s Rue Cambon. By the time the credits roll, Chanel’s rags-to-bouclé-blazers story is complete: The House of Chanel is on its way to becoming a global fashion empire; its gamine namesake is on her way to becoming a feminist icon for, among other achievements, helping to liberate women from the confines of the corset.

What is nowhere to be found in this visually stunning film, which overemphasizes an un-absorbing romantic storyline, is a single reference to Chanel’s collaborationist activities during the German occupation of Paris. Nor is there a mention of her life in self-imposed exile during the decade following the liberation, not even in the few frames of text that serve as the film’s brief epilogue.

The movie’s official Web site omits from its biography of the designer the 15 years between the eve of the Nazi invasion and Chanel’s comeback fashion show. “In 1939, she closed her Couture house. Then, aged 71, she returned with a legendary fashion show presented on February 5th, 1954,” the site reads.

What happened in the intervening years is worthy of a film all its own, but one unlikely to be made with the collaboration amiable of Chanel, Inc.

For most of what have come to be known as the “Dark Years” of the Occupation, Chanel lived in Paris’s Hotel Ritz, which had been commandeered by the Nazis. She shared a suite with her lover, Nazi officer Hans Gunther von Dincklage. Her choice of von Dincklage, aka “Spatz,” as an Occupation-era paramour was in character for Chanel, who had a history of attaching herself to rich and powerful men. In addition to Balsan and Capel, she was linked romantically to Hugh Grosvenor, the second duke of Westminster; to Grand Duke Dmitri Pavlovich of Russia, and to the Russian composer Igor Stravinsky; indeed, Chanel’s affair with Stravinsky is the inspiration for Jan Kounen’s forthcoming film, “Coco Chanel & Igor Stravinsky,” which similarly bypasses Chanel’s wartime collaboration. An early review by Jordan Mintzer in Daily Variety quips: “All that’s missing to complete the trilogy is a controversial account of her affair with an SS officer and ties to the Nazi regime (‘Coco & Hitler,’ anyone?)”

Marlene Strauss, an art historian who has lectured about Chanel’s life and work, told the Forward that the designer seemed more driven by opportunism than by ideology. “Coco Chanel was shrewd,” Strauss said, “and her pattern was this: Go with a man who can help you socially, politically, economically or just to stay alive. She never thought France would fall, but when it did, she soon became involved with a Nazi.”

But Chanel’s collaboration went beyond the horizontal variety.

In 1940, she was involved in an ultimately unsuccessful attempt to exploit German “aryanization” laws to wrest control of Chanel perfumes from the Wertheimer family, to whom she had long ago sold the majority stakes. And, most egregiously, she played a key role in Operation Modellhut (fashion hat), the brainchild of Hitler’s chief of foreign intelligence, Walter Schellenberg. The thwarted scheme involved having Chanel negotiate on behalf of the Third Reich a peace treaty with Winston Churchill, whom the designer had gotten to know years earlier through her relationship with the Duke of Westminster.

After the liberation, Chanel was arrested for war crimes, only to be sprung from jail hours later. She never endured the public humiliations to which other women who had wartime liaisons with Nazis were subjected: having their heads shaved, being paraded naked through the streets of Paris. Biographer Axel Madsen’s 1991 “Chanel: A Woman of Her Own” (Holt) suggests that the British orchestrated Chanel’s release because the designer had information that Churchill did not want out: According to Madsen’s account and others’, she knew that the British prime minister had paid the Germans to maintain the French properties of the Duke of Windsor, thereby violating a wartime trade embargo.

Chanel avoided jail time and corporal punishment, but she could not shake off the collaborationist label that made one a reviled figure in liberated France. She would spend the better part of the next decade, part of it with Spatz, in the lakeside town of Lausanne, Switzerland, before staging a comeback show that may have been “legendary,” but was far from well received.

“French papers panned the collection,” said Irene Guenther, author of “Nazi Chic? Fashioning Women in the Third Reich” (Berg Publishers, 2004). “They didn’t say it was because she was a collaborationist; they said the designs were old hat. But the sense was that the French knew she had collaborated, and it doesn’t seem like they forgave her. She ended up relying on foreign buyers well into the 1960s.”

Chanel would defend her relationship with Spatz, famously telling fashion photographer Cecil Beaton, “[A] woman of my age cannot be expected to look at his passport if she has a chance of a lover.” And she would credit herself for doing what French designers like Jacques Fath, Nina Ricci and Marcel Rochas, did not — that is, closing her fashion house on the eve of the war, rather than attempt to profit from it financially. “At least I did that,” she would say.

A two-hour biopic cannot be expected to encapsulate the entirety of one’s life, especially a life as long and full as Chanel’s. And the film — from the title on forward — makes no claim to tell of Chanel’s life beyond her sartorial formation. But, knowing the rest of the story, it feels somehow dishonest to highlight Chanel’s unlikely social charms and professional ascent but bypass the designer’s wartime misdeeds altogether.

Asked by the Forward why the film, or at least the epilogue, makes no mention of the designer’s collaborationist activities, Fontaine, in an email, wrote: “I don’t see through which arbitrary leap forward we could have dealt with World War II, given our initial and deliberately limited take on Chanel’s life,” adding that the title cards at the end of the movie “were only meant to touch on what is already evoked in the film — Chanel’s social triumph and her loneliness.”

In response to a question about whether she thought Chanel’s wartime activities were rooted in antisemitism, Fontaine said that because the story she set out to tell ended when Chanel was 30, the filmmakers did not thoroughly research what their subject was doing 25 years later. What they do know of Chanel’s wartime activities, “the film certainly does not speak of or justify, let alone condone.”

“Like a fair number of uneducated French people of that generation, Chanel was probably infected with xenophobic, racist and antisemitic behavior,” she told the Forward. “The actual damage of such behavior seems more difficult to assess.”

Fontaine ended her e-mail with a question of her own about European Jews during World War II: “[W]ould you say they suffered more from Coco Chanel’s wrongdoings than from, for example, the actions of some influential and respected American isolationists such as Joseph P. Kennedy or William Randolph Hearst?”