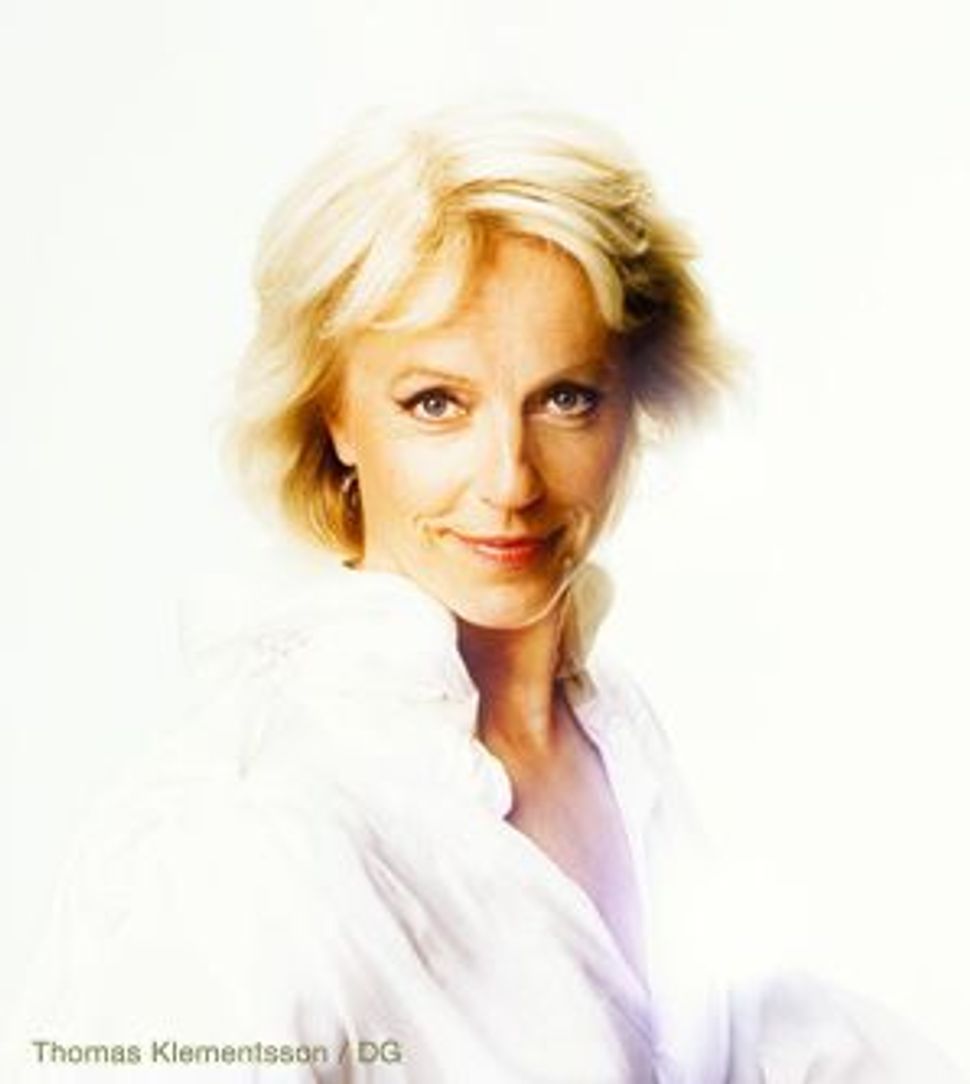 The record is in part a tribute to the mezzo-soprano's father, a diplomat who warned the Swedish government about the Nazi genocide.

Anne Sofie von Otter, one of the world’s greatest mezzo-sopranos, has just unveiled an unexpected, and very personal, project: a record of music by Jewish composers confined in the Theresienstadt concentration camp. 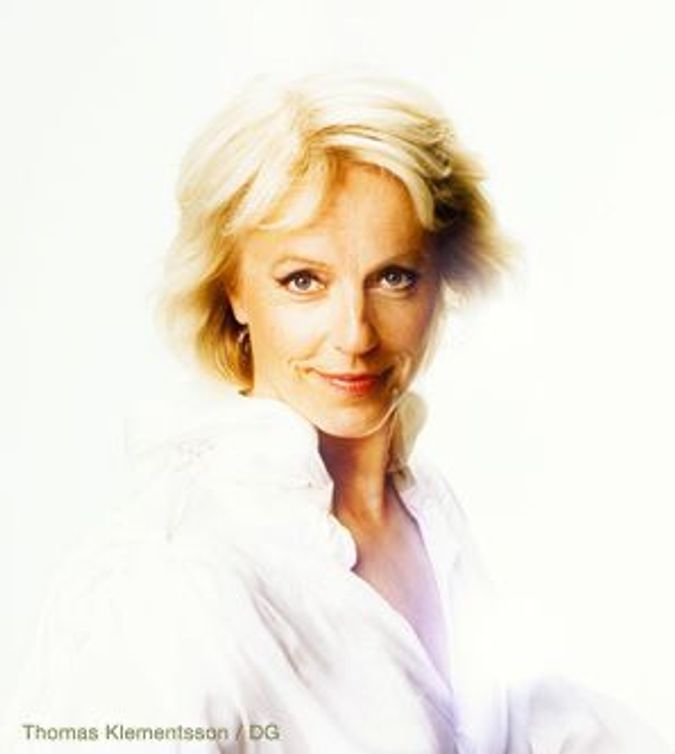 The record is in part a tribute to the mezzo-soprano's father, a diplomat who warned the Swedish government about the Nazi genocide.

The Swedish opera singer first conceived of the unusual project when she sang at a forum on the Holocaust in Stockholm in the year 2000. For the event, The Terezin Chamber Music Foundation, which was established in Israel, had provided her with a selection of lullabies, art songs and songs in the Jewish folk tradition, all created by camp inmates. But as it turns out, for decades the mezzo-soprano has had a deep commitment to remembering the Holocaust — and a personal connection to it: Her father, Swedish diplomat Göran von Otter, warned the Swedish government about the ongoing Nazi genocide during the war, but his warning fell on deaf ears.

According to historians, Baron von Otter, secretary to the Swedish Legation in Berlin, had learned horrific details about the mass killing of Jews when he shared a compartment on a train in August 1942 with SS officer Kurt Gerstein. As head of the Technical Disinfection Department of the Waffen SS, Gerstein was charged with improving the efficiency of the gas chambers by using the toxic agent Zyklon-B.The Nazi officer unburdened his soul to von Otter during the night-long train ride to Berlin from Warsaw.

“This was news to my father. He didn’t know about the death camps, but at the (Swedish) Foreign Ministry they did, apparently,” Anne Sofie von Otter told Sveriges Radio, the national public radio channel. “Nothing came of it.”

“I know that my father was troubled for the rest of his life, because no action was taken,” she said. “One can do this project for its own sake, but I am also doing it a little bit in memory of my papa.”

The Theresienstadt concentration camp — or Terezin, in its Czech name — was used as a sort of propaganda showcase for the Nazi regime. Much of the Jewish cultural and intellectual elite of Central Europe was forced to live in the camp, located about 60 kilometers north of Prague. The first deportees to arrive were the Czechs, followed later by many German, Austrian and Dutch Jews. Although their cultural activities were first conducted underground, the artists’ activities were made legitimate at the start of 1944. Plays, operas, operettas and cabarets were performed for other camp inmates and visitors, including inspectors from the International Red Cross. Behind the false facade, the starving inmates were struggling to survive. Most of the Theresienstadt composers were eventually deported to Auschwitz and murdered.

The songs on the von Otter recording express a number of emotions, ranging from the melancholy and reflective to the romantic. The first track, by Ilse Weber, “Ich Wander Durch Theresienstadt” (“I Wander Through Theresienstadt”), sounds surprisingly upbeat, but the lyrics are heartbreaking: “I stand there on the bridge/and look down in the valley: I’d so much like to go farther, I’d so much like to go home.” The composer reportedly sang another of her songs, “Wiegala” (“Lullaby”), together with children she accompanied to the gas chamber at Auschwitz.

Deemed by their Nazi captors to be “subhumans,” the composers of Theresienstadt defended their humanity and adherence to a European cultural tradition. Several of their songs evoke a sense of longing and homesickness. One can also hear echoes of the desire to escape from the horrors of the present in “Wir Reiten auf Hölzernen Pferden” (“We’re Riding on Wooden Horses”), with music by Martin Roman. The lyrics are a reference to happy childhood memories of riding on carousels. Among the Theresienstadt artists featured on von Otter’s record, which was released by Deutsche Grammophon/Universal Music, are Karel Svenk, Adolf Strauss, Hans Krása, Carlo Sigmund Taube, Viktor Ullmann, Pavel Haas and Erwin Schulhoff.

In the notes accompanying the review copy of the new album, a statement by composer and conductor Ullmann (murdered 1944 in Auschwitz) sums up the spirit of the doomed musicians: “We did not simply sit down by the rivers of Babylon and weep but evinced a desire to produce art that was entirely commensurate with our will to live.”

David Bartal is an American journalist based in Stockholm, Sweden.