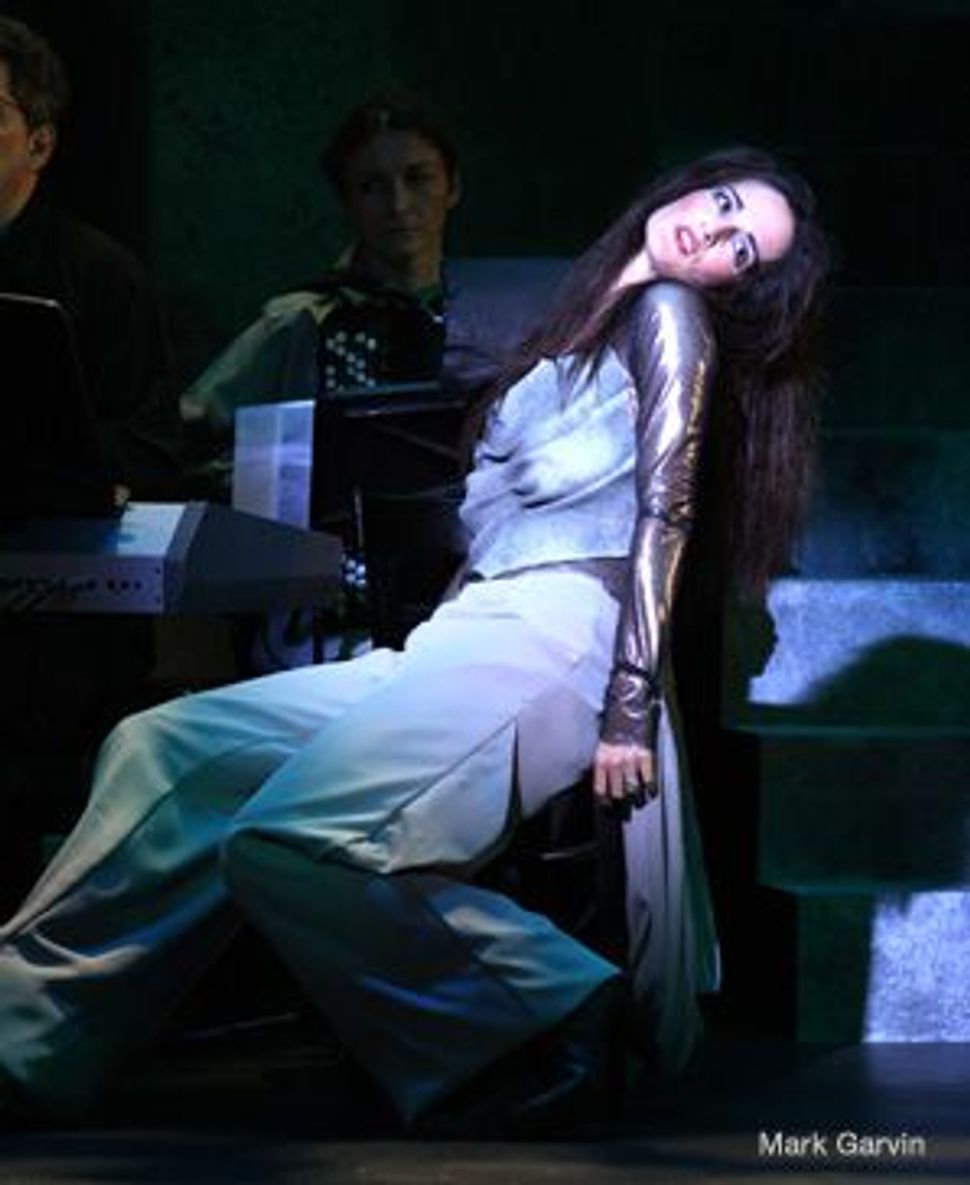 Charlotte Cohn plays a gargoyle, one of more than 100 characters in Frank London's new staging of 'A Night in the Old Marketplace'

It presents nine actors playing dozens of roles, including a stone gargoyle and a deceased bride. It has an onstage band featuring accordion and tuba, costumes by fashion designer and recovering Lubavitch Levi Okunov, and spooky animation by artists Tine Kindermann and Mor Erlich. 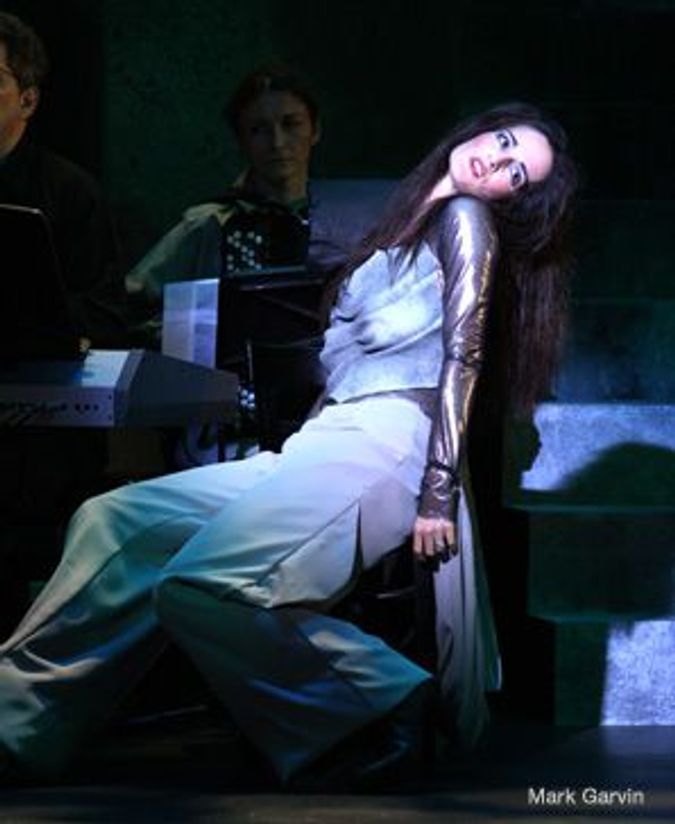 Charlotte Cohn plays a gargoyle, one of more than 100 characters in Frank London's new staging of 'A Night in the Old Marketplace'

And that’s just the beginning.

The latest adaptation of I.L. Peretz’s “A Night in the Old Marketplace,” which runs until October 21 at the Prince Music Theater in Philadelphia, is about as ambitious as it gets: a multimedia version of a 100-year-old theatrical work so complex, it has been staged only a handful of times.

“Gesamtkunstwerk is where we’re at, baby,” Frank London, the show’s composer and co-creator, told the Forward in an interview.

London, who plays trumpet in the Klezmatics and leads his own Klezmer Brass Allstars, has been working on this project for 10 years, ever since director Alexandra Aron first read the original text and approached him about producing a musical version. Playwright Glen Berger signed on to write the book and lyrics, and together the three transformed Peretz’s phantasmagorical vision of early 20th-century Jewish life into a modern folk opera. It wasn’t easy.

“It’s infamous,” London said, referring to Peretz’s play. “It’s a massive, sprawling piece, which is really problematic and basically un-producible. It’s got 100 characters who all have one line each, two or three levels of framing devices, and it all takes place in one night. It alternates between art of the highest level and total incomprehensibility.”

And so, not surprisingly, getting “A Night in the Old Marketplace” produced wasn’t a cakewalk. Just describing the play can be difficult, and its nightmarish imagery does not fit popular conceptions of Yiddish theater.

“For better or worse, ‘Fiddler on the Roof’ is the reference point for all Jewish musical theater. And if that’s the Disney version of shtetl life, then this is the ‘Corpse Bride’ version,” London said, referring to Tim Burton’s dark 2005 animated fantasy. The Prince Music Theater contacted London only a few months ago to see if he could quickly pull together a season-opening production after another show had unexpectedly dropped out of the schedule. That led to a lot of 18-hour days and last-minute revisions.

Peretz, one of the founders of classical Yiddish literature, introduced the work in 1907 and continued working on it until his death in 1915. Set in an Old World market, the piece is populated by scores of characters both living and dead, by ghosts and demons, and by a narrator, the Badkhn, who provides a measure of continuity within a stream of disconnected voices.

The number of characters and their supernatural nature presented an unusual challenge. “How do you show the spirits of purgatory flooding the marketplace when you only have nine actors?” London asked. The answer: special effects. With the help of London’s wife, artist Tine Kindermann, Israeli-born animator Mor Erlich (aka Mornography) designed animated sequences that appear on screens that have been built into the set.

According to Avraham Novershtern, a noted Yiddishist, Peretz quoted extensively from folk songs in his original text, which was accompanied by musical notation. Appropriately enough, London’s score, which was released on CD earlier this year by Soundbrush Records, incorporates Jewish music both sacred and secular, from klezmer to khazones (synagogue chant); but it also shimmers with hints of cabaret, rock and jazz. The band includes drummer Gregg Mervine of the Klez Dispensers, punk-jazz guitarist and Philadelphia native Skip Heller, Polish accordion virtuoso Lidia Kaminska and tubist Jim Parker, whom London first met while playing Mardi Gras gigs.

For London, “Marketplace” represents the next phase of a long and varied career.

“I spent 27 years in klezmer and Yiddish music, really diving into the tradition but also putting my own stamp on it,” London said. “Then about 10 years ago, I started getting into Jewish mystic music — nigunim, stuff like that. And then, in the last couple of years, I realized that I really wanted to do the same thing with theater music.” Ideally, he would like to continue working in the realm of “big, theatrical spectacle,” crafting scores that are both thoroughly modern and deeply rooted in Jewish music. “It’s time for great new Yiddish musical theater.”

Audiences can judge whether that’s a declaration of intent or a statement fact.