Return of the Story Animals 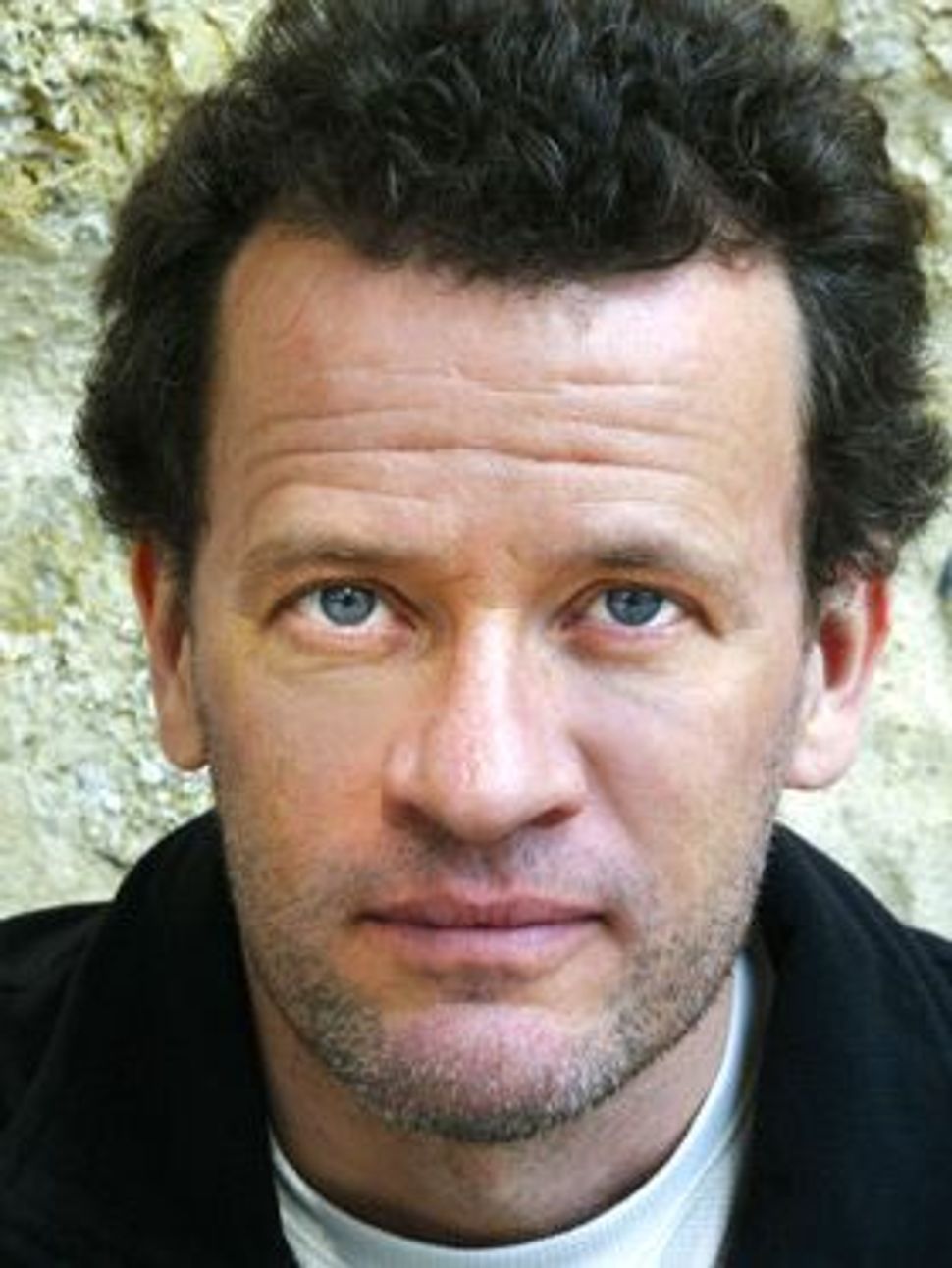 Yann the Man: Making the case for fiction in the face of the Holocaust. Image by ALICE KUIPERS

Despite Yann Martel’s 2001 novel “Life of Pi” making the difficult transition from best-seller to Man Booker Prize winner, acclaim for the book was never universal. Whether because of the book’s plot twist, its childlike animal parable structure, or the taint of plagiarism in Martel’s free admission that he was influenced by “Max and the Cats” by Brazilian writer Moacyr Scliar, neither critics nor students were convinced. 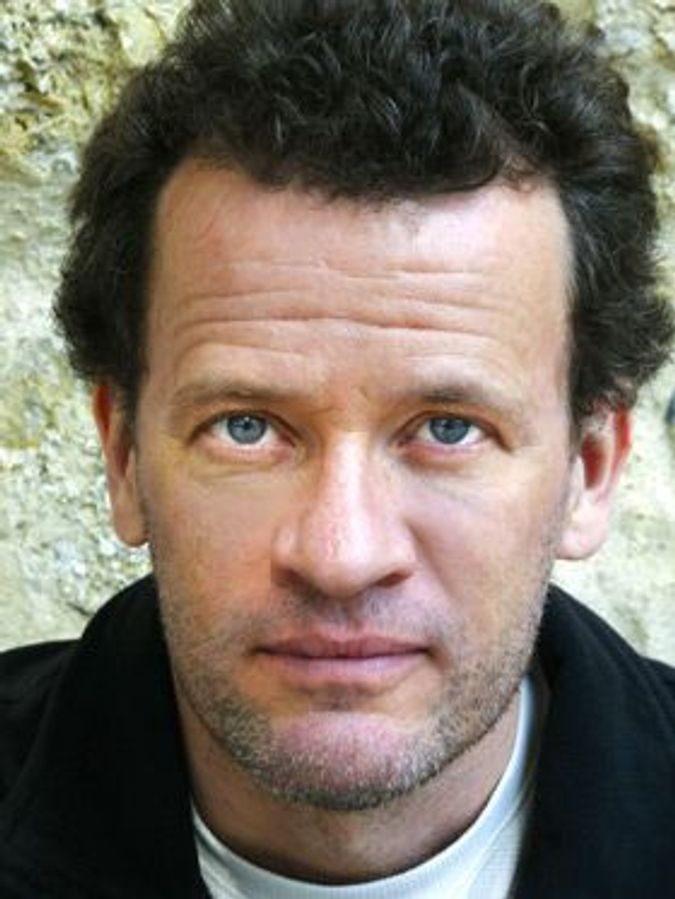 Yann the Man: Making the case for fiction in the face of the Holocaust. Image by ALICE KUIPERS

“Beatrice and Virgil,” Martel’s new book, tackles the uneasy reception of “Life of Pi” and ups the ante, as Martel also takes up his pen against Adorno’s interdiction of poetry after the Holocaust.

Instead of describing a boy stranded in the ocean, accompanied by only a zebra, a hyena, an orangutan and a large Bengali tiger by the name of Richard Parker, “Beatrice and Virgil” concerns the eponymous stuffed donkey and monkey whose allegorical dialogues about their brutal experiences constitute a play within the book. The stakes are raised further by a framing device in which a novelist tries to write a follow-up to a successful book (“As for fame, fame felt like nothing”), and by making it about the Holocaust — a subject in which Martel has no familial or obvious vested interest.

The plot is simple and more than a little autobiographical. After writing a successful novel, Henry, the protagonist, wants to use the creative strengths of fiction to deal with the Holocaust. When his initial idea — a flipbook where two books are bound together upside-down — is totally rejected, he retreats with wife and pets to an unnamed city to write, recuperate and, it transpires, to dabble in amateur theatrics. There he meets the enigmatic taxidermist also named Henry, author of the play “Beatrice and Virgil.”

As with “Life of Pi” and his strangely inert 1993 short-story collection, “The Facts Behind the Helsinki Roccamatios,” Martel avoids describing most normal character interaction except to highlight the oddness of the exchanges he portrays. Here he doubles his protagonist, separating the likable Henry, the narrator-novelist who recounts the story, from the distinctly inhuman Henry, the taxidermist-playwright. Taxidermist Henry sends novelist Henry the play “Beatrice and Virgil,” which gives its name to Henry’s (and Martel’s) novel.

Characters are doubled as, indeed, is the book itself — the novel “Beatrice and Virgil” is followed by the brief, enigmatic section, “Games for Gustav.” The preceding novel introduces these 13 “games” — though they are more like dilemmas -— as also being written by Henry the novelist, and describes the collection as being “too short to be a novel, too disjointed to be a short story, too realistic to be a poem.”

“Games for Gustav” returns us to the long opening exposition where Henry the novelist explains his conception of the “flipbook” to respond to the problem of Holocaust representation: “That terrifying event was overwhelmingly represented by a single school: historical realism…. Was there not a danger to representing the Holocaust in a way always beholden to factuality?” Instead he wrote an essay and a novel “that shared the same title, the same theme, the same concern but not the same method.” He planned to publish these bound upside down next to each other so that neither would have priority — which way the reader held it would decide which came first.

In a scene worthy of Kafka, Henry’s flipbook idea is laughed out of court by an audience of two editors, a historian and a bookseller: “He thought they were a wedding party. In fact they were a firing squad.” In self-imposed exile, Henry begins the adventures of “Beatrice and Virgil.” Much has changed, but Henry’s early-stated belief that “we are story animals” has not wavered.

Like many of Henry the novelist’s utterances, Martel stands closely behind it and, just in case we had any doubt that Martel is in deadly literary earnest, he sprinkles the text with other pieces of major art that have borne witness to history. As well as the Dante reference of the title, he refers to Holocaust artists (Art Spiegelman, David Grossman and Primo Levi) as well as to “Orwell with ‘Animal Farm,’ Camus with ‘The Plague,’ Picasso with ‘Guernica.’”

As if daring himself to fail in comparison, he invokes large chunks of Gustave Flaubert’s short masterpiece “The Legend of St. Julian the Hospitator” as a central text in the book, and alludes, although not by name, to Nobel Prize-winning Hungarian Jewish author and Holocaust concentration camp survivor Imre Kertész. Martel is clearly playing on the grand European stage and for the right to say that he, too, is upholding, as the Nobel committee said of Kertész, “the fragile experience of the individual against the barbaric arbitrariness of history.”

The stakes are high, and he’s taking personal responsibility for the power of fiction. While the questions he asks are large and powerful, it’s not clear that his stuffed menagerie can quite answer them.

Return of the Story Animals