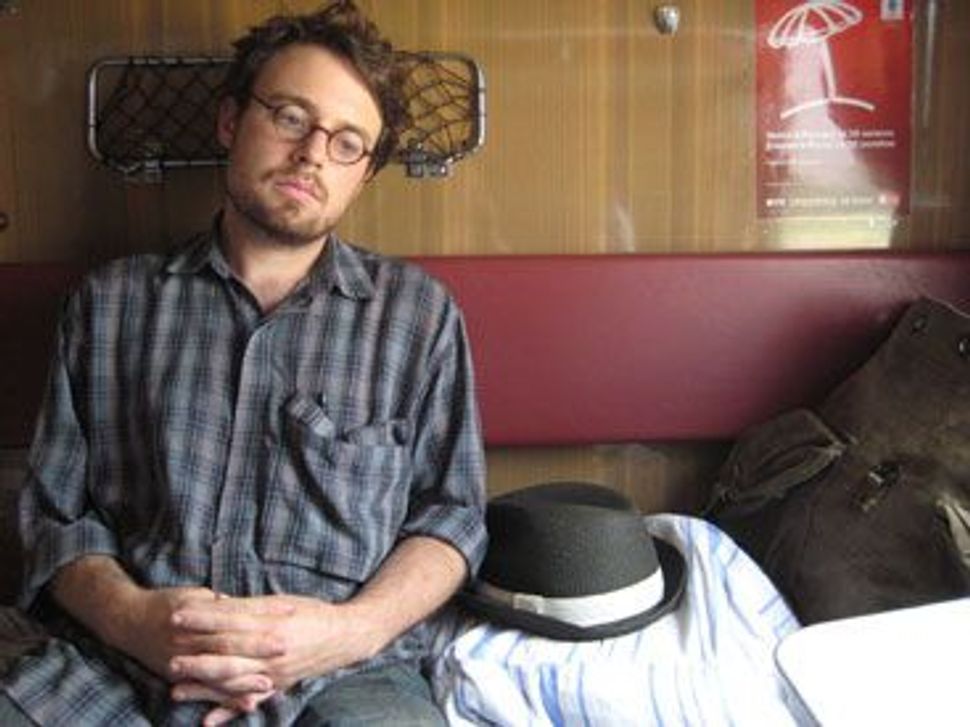 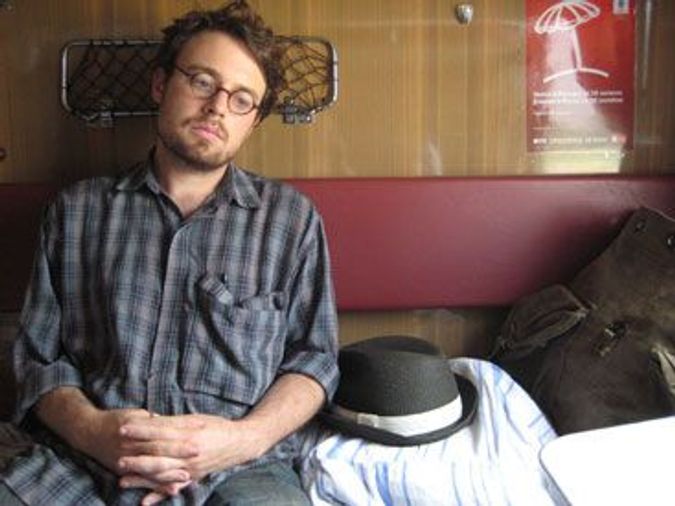 It’s a shame that no one will read this book. Or, rather, it’s an indictment of contemporary reading practices that the scope and flavor of Joshua Cohen’s epic novel “Witz” will escape all but the most passionate or academically driven readers. For a reading audience, think people who are knowledgeable Jews who have read, from beginning to end, “Finnegans Wake.”

Comparisons to James Joyce are kind to Cohen, but the precocity of Cohen’s talent and his profound love of language from highest to lowest register are reminiscent of the Irishman. Why say “chewing on and around the names” (he doesn’t) when you can say “onomastics masticating on and how” (he does, on page 639)?

At 30, Cohen is extremely young to already be the former senior literary critic of the Forward (in the interests of full disclosure, I have worked with him both for this publication and for Zeek). But the stylishness of his essays for the Forward and for Harper’s is no real preparation for the intense Cohenworld that the reader enters in his novels.

The Cohenworld, created through unfeasibly long sentences, is a world not so far from our own, but heard through Jewish (or, in Cohenworld, “Affiliated”) ears. The world stretches beyond New York, to “Joysey,” Florida and “Palestein,” but not much beyond. One of the ways that it stretches beyond is when Cohen’s fecund imagination conjures a subterranean kingdom linking the maids’ quarters of all the live-in help of a wealthy New York suburb.

The setting of the book is a form of a postapocalyptic world in which all the Affiliated, save one, have mysteriously dropped dead. There is a significant interlude — with eerie Holocaust overtones — during which a number of firstborn males are still alive but, despite the best efforts of the “guards,” all but Benjamin Israelien soon die. The vast amoral superfluity of material capitalism soon adopts this new scarcity of resources as the new hip, and Benjamin, understandably, is not plentiful enough and, paradoxically, is not authentic enough to satisfy demand.

Cohen’s style prolongs with excess. His loquacity is, in a kind reading, a satire of the constant production of stuff, necessary and unnecessary, that is the hallmark of contemporary global society. His words stand for goods that are produced and overproduced. But it is, in the end, simply too much. Cohen can’t resist a wordplay: a pun, a transformation, an exploration of euphony. In contradistinction to his experimental style, however, Cohen’s narrative position is somewhat traditional and static — seemingly omniscient in its eccentricity, and never particularly distinct from the “he” of the author. The lack of narrative development can be particularly daunting for the reader but makes for a particular immensity of achievement.

Unlike his previous novels — “Cadenza for the Schneidermann Violin Concerto” (Fugue State Press, 2006) and “A Heaven of Others” (Starcherone Book, 2008) — which are briefer and the same form of vertiginous narrative, there is room for significant narrative diversions. Pynchon’s 60-page life of a lightbulb in “Gravity’s Rainbow” is not central to the plot but is a gem, without overbalancing that novel. In the same way, the details of the maids’ realm and the sexual favors offered, traded and hidden as a black market Residents’ Association are early gems of satire in the midst of a tragic novel. These maids, who survive, and their relationship with their dead employers are treated with a degree of complexity that is representative of Cohen’s sometimes gentle, often cutting satire. Whatever the tone, there is more there than just the offhand.

Most of us, most of the time, know what’s coming in a book. We read for the plot; we skim the pages. In “Witz” that’s simply not possible; the reader’s eyes just bounce out of the book. Cohen, forcefully and perversely, reminds us that words are indeed objects and that real literature recognizes this. He reminds us what literature is: the self-conscious representation of the world using language, not the assumption that conventionally pointing at a mutually agreed world is a natural and clear outcome.

The means he chooses are often annoyingly over and above his intention; sometimes, they’re also endearing. His sentences are gargantuan and gathered around adjectives or adjectival verbs pressed into work as nouns: “Harleys smelted to holy.” Like Anthony Burgess in “A Clockwork Orange,” he uses some dictionary specials — “glabella,” “cadastral” and “sphacelate” — and also employs words from Yiddish. Children are “kinder,” (pronounced “kih-nder”), a man is a “mensch.” In another Joycean move, he joins together words that might more easily be separated or hyphenated: “allnew,” “prisonreformed” and “finechina,” to choose three from the same page.

Another favored stylistic strategy is to make lists of objects, like the ones he uses to describe how a ravenous horde of wild dogs came to be abandoned: “And the Top Ten it’s your faults given for this were, drumroll please… Lameness, Rabidity, Old Age, Senility, Newfound Allergy, Unwanted by New Husband, by New Wife, Scared the New Baby, Newly Moved in Dying Parent, Grandparent and the like.” In one case, the list is of locations where the “last Jew on Earth” masturbated in one afternoon — “a whole host of Hims in motile miniature.” Words, like objects, he also lists, and plays with: “Are they self-appointed evangelists, selfevangelized appointees, selfannointed anointers, apostate apostles, pathologically agnostic, atheists or just lazy?”

For Jewish readers, the constant use of Jewish touchstones is comforting and thematically smart. The Jewish readership barely outweighs the Jewish characters. Cohen hopes he can teach the reader what it is to be a garrulous Jew. Both in terms of the language used — “busgoy,” “Hold on to the musaked tune of three shekels a minute, we’ll have ourselves a Moshiach”; “It’s Friday already, it’s the Sabbath again and we tumble into its fissure, timequaked — the void of another Shabbos” — and also in terms of structure (most notably, Dayeinu, Bereishis), Cohen’s writing draws heavily on Jewish tropes.

At more than 800 pages of involved and unusual reading, “Witz” is a book for those who are prepared to spend the time and effort of a full 40-hour workweek reading a novel. It is a week of work that will be quite unlike any other you’ve ever experienced.